THOUGH it wasn’t Slovak Prime Minister Robert Fico who received an official phone call from the President of the United States of America, Barack Obama, to announce his administration's decision to modify plans for a European missile defence system, the issue has also been the subject of very lively debate over recent months in Slovakia. 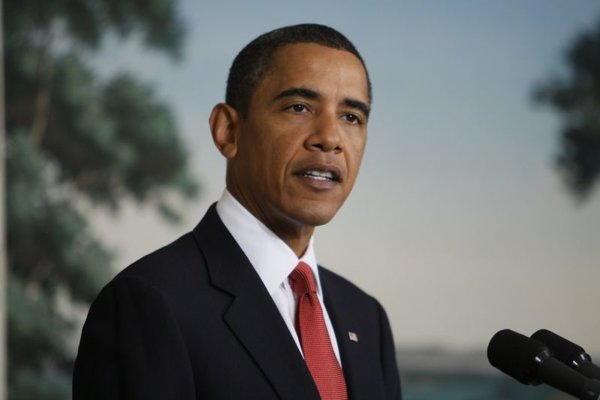 THOUGH it wasn’t Slovak Prime Minister Robert Fico who received an official phone call from the President of the United States of America, Barack Obama, to announce his administration's decision to modify plans for a European missile defence system, the issue has also been the subject of very lively debate over recent months in Slovakia.

The US administration announced plans for a phased, adapted approach for missile defence in Europe, which according to an official White House release, “is based on an assessment of the Iranian missile threat and a commitment to deploy technology that is proven, cost-effective and adaptable to an evolving security environment.”

What this means for the central European region is that no elements of a missile defence shield will be built in the Czech Republic and Poland, an issue that has heated debate among both opponents and supporters of the initial plan.

Slovakia’s Foreign Affairs Ministry welcomed the US decision, adding that the country acknowledges the efforts by the United States to contribute to Europe’s protection against Iranian ballistic missiles without deploying elements of the missile defence shield in the Czech Republic and Poland, the ministry’s spokesman, Peter Stano, said in an official release provided to SITA.

“It is a decision that aims to lower, not increase tension, so my stance is clear: I welcome the decision of the US administration not to distribute rockets or radar in Europe, which could cause tensions in relations with the Russian Federation or other large countries,” said Slovak Prime Minister Robert Fico, as quoted by the TASR newswire.

Róbert Ondrejcsák, executive director of the Centre for European and North Atlantic Affairs (CENAA), said that the decision had not been that unexpected considering the fact that Obama had hinted during last year’s election campaign that he would examine the whole proposed system from both a technical and financial point of view.

As for the significance of the American plan for Slovakia, Ondrejcsák said that it is important because the country is a NATO member and the United States is the most important member of the alliance.

“This means that any kind of decision about international relations or security which the United States takes, especially in the area of central Europe, directly or indirectly pertains to the security and status of Slovakia,” Ondrejcsák told The Slovak Spectator.

Some local observers and media commentators were quick to interpret the changed plan as a concession to Russia.

Charge d’Affaires of the US Embassy to Slovakia, Keith Eddins, said that the US is changing its plans because it wants to build a more effective defence system, one that is responsive to the current threat and not because of any objections by Russia.

According to Eddins, the radar system that was going to be based in the Czech Republic and the interceptors that were going to be placed in Poland were key responses to an intercontinental threat, one which is not developing as rapidly as is the threat from short-range and medium-range missiles.

“Technologies to address short and medium-range threats already exist and are based on a missile called the SM3 that is used on our cruisers and has been adapted for missile defence. It is also adaptable for land-base use,” Eddins said in an interview with The Slovak Spectator. “The technology is relatively cost-effective. So you’ve got a threat from intercontinental missiles that is going down and you’ve got the ability to address the threat that is going up, which is the short and medium-range missiles.”

Eddins reiterated that the decision isn’t any kind of cave-in to Russian concerns or demands.

“Just because the Russians were against it, doesn’t mean we have to pursue something that isn’t as necessary now as we thought it would be five years ago,” said Eddins. “Why build something for a threat that’s declining? Better to spend that money on the threat that is increasing.”

According to Ondrejcsák, it is quite difficult to assess the official reactions of government leaders and political groups in the Czech Republic and Poland.

“It was a very touchy issue especially in the Czech Republic, where it evoked quite strong internal political discussions,” Ondrejcsák said.

He added that it was also a very important political issue in Poland, where relations with the United States are generally considered strategic.

“Certainly the political parties, which have been supporting this system, are disappointed over the attitude of the US administration while in the Czech Republic the leftist political parties are welcoming it,” Ondrejcsák said.

Slovak media commentators have suggested that the changes in the US plan will open a larger space for expansion of Russian power in central Europe.

“Using the word expansion is perhaps a bit strong, considering the fact that, after all, we are members of the EU and NATO and this membership in a certain way limits Russia’s options to strengthen its influence in the region; but it can certainly strengthen Russia’s self-confidence and political influence in Central Europe,” Ondrejcsák said.

As Ondrejcsák sees it, Russia might interpret this decision to mean that central Europe is no longer as important for the United States as it was some years ago and that an agreement with Russia in areas such as nuclear disarmament is more important for the US than, for example, building a missile defence system in Europe.

Perhaps from this point of view, Ondrejcsák added, Russian foreign policy will begin to have a stronger influence in the region.

Ondrejcsák emphasised that the missile defence system had never been directed against the Russians and for them it had been a geo-political game from the very beginning.