SLOVAKIA’S Christian Democrats have a new leader. With little surprise, but with high expectations for the future, Slovakia’s first representative in the European Commission (EC), Ján Figeľ, was elected as chairman of the Christian-Democratic Movement (KDH) party. His successor in the European Commission will most likely remain in the next term and Slovakia’s government hopes to elevate the Slovak Commissioner’s portfolio. 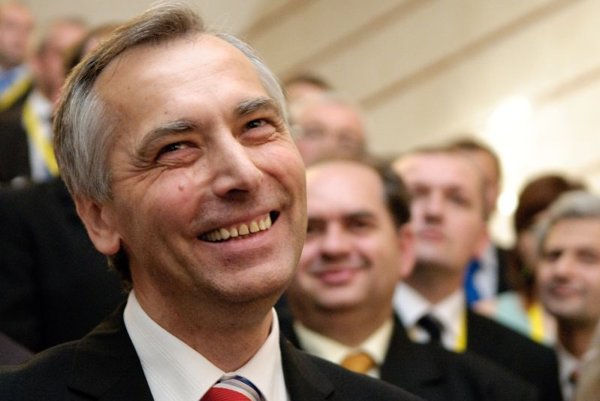 SLOVAKIA’S Christian Democrats have a new leader. With little surprise, but with high expectations for the future, Slovakia’s first representative in the European Commission (EC), Ján Figeľ, was elected as chairman of the Christian-Democratic Movement (KDH) party. His successor in the European Commission will most likely remain in the next term and Slovakia’s government hopes to elevate the Slovak Commissioner’s portfolio.

KDH elected new leaders at its party congress in Nitra on September 19. The elections had been planned for a few months earlier, but Figeľ conditioned his candidacy on finishing his mandate to the EC, which runs until October. The party’s members showed strong interest in accommodating that request and Figeľ received 304 out of 309 votes in the election.

Another three vice chairs remain: Mária Sabolová in charge of environment and infrastructure; Daniel Lipšic with interior and justice; and Július Brocka with social affairs, family and regional development.

“Openness to people and their problems, members and sympathizers who can come and strengthen the party but also influence the state of public affairs in the next elections” are key principles for the party, Figeľ said in his speech to the convention, as quoted by the TASR newswire.

He added that KDH’s priorities will be fighting corruption and the impacts of the economic crisis on social areas.

Political analyst and director of the Institute for Public Affairs, Grigorij Mesežnikov, expects KDH to be less euro sceptical under Figeľ, who has always been among more moderate politicians on this issue. Mesežnikov also believes that KDH wants to modify its focus and policies.

“According to people who are active in the party, I have a feeling that KDH would like to acquire a bit more modern face,” Mesežnikov told The Slovak Spectator. “Whether they’ll manage or not remains to be seen, as their electorate is really very conservative and rigid on many issues. We shall see whether the voters will accept the changes.”

The KDH has already declared that the party will not go into coalition with any other parties which it believes are corrupt or which conceals corruption. Mesežnikov sees the declaration as an allusion to coalescing with Smer and he views that chance as low.

“That will depend on the character of ties between KDH and the remaining opposition parties, and on whether the results of the elections will be sufficient to create room for other variants,” he said. KDH’s closest partner remains SDKÚ, which has already welcomed Figeľ as the new leader. However, the chairman of SDKÚ Mikuláš Dzurinda and his deputy Iveta Radičová have also repeatedly said that under no circumstance would SDKÚ ally itself with PM Fico’s party.

… and changes in Europe

Since European Commissioners are not supposed to be politically active in their home countries, Figeľ resigned his post in the EC on September 21, informing EC head José Manuel Barroso that he intended to take over the chair of KDH on October 1.

Figeľ is not the first to leave the college of commissioners. Polish commissioner Danuta Hubner left the EC for the European Parliament, the Lithuanian representative Dalia Grybauskaite became the country’s president and Louis Michel of Belgium, Franco Frattini of Italy and Markos Kyprianou of Cyprus all left to become their countries’ foreign affairs ministers, the EurActiv.sk portal reported.

The Slovak government promptly appointed Maroš Šefčovič, the former Slovak ambassador to the EU, to replace Figeľ and oversee the education, training, culture and youth portfolio in the EC.

Prime Minister Robert Fico announced after the extraordinary EU summit in Brussels on September 17 that he would like the Slovak appointee to continue to serve in the EC during the next term, which begins in November.

The Slovak government also announced that it wants the Slovak representative to cover a more challenging portfolio in the next term – with the most frequently mentioned department being energy, currently held by Latvia.

But PM Fico has already evaluated Slovakia’s chances by saying that he is a realist and that Slovakia, being only a “small dog” will most likely have to adjust to decisions made by the “big dogs”, TASR reported.

The EurActiv.sk portal editor-in-chief, Radovan Geist, said at the moment it’s difficult to predict how the new commission will look.

“Slovakia is not the only candidate [for the energy portfolio] but its chances are quite fair, as there is no clear leader among the countries that are in consideration,” Geist told The Slovak Spectator. Since Slovakia has also shown interest in the seat of the Agency for Cooperation of Energy Regulators, he expects that the final decision on the portfolios might be done on a basis of “either–or”.

According to Geist, the Slovak government decreases its chances to get the energy portfolio in the way it is presenting its intention to Slovak citizens: i.e. it would help the country to have the Commissioner for Energy.

“Commissioners are supposed to represent the interests of the community and not the interests of their respective countries,” Geist said. “Therefore, the argument that Slovakia wants a representative responsible for energy in the EC because it’s in line with its national interests is rather counterproductive.”

If Šefčovič is selected to represent Slovakia in the next commission term, the fact that he has no expertise in energy issues would not be a disadvantage, Geist said, since several EC representatives are career diplomats. But Geist added that Šefčovič’s chances to manage the energy portfolio will also then depend on the expertise of candidates from other countries.

At this point, however, it is not even clear how many EC members there will be and with what kind of portfolios. If the Lisbon Treaty is not approved in the upcoming Irish referendum, it would mean that the EC will most likely continue on its current legislative basis, meaning that there will be fewer commissioners and not every EU country will be represented.

“Slovakia has been an obedient child, we’ve done everything to smooth the ratification process, despite some problems with the opposition voting [on the Lisbon treaty],” Geist said, adding that if Ireland blocks the Lisbon Treaty or if there are problems with consent by the Czech or Polish president, he expects that these countries will be punished by being excluded from the commission.

Ireland will vote a second time on the Lisbon Treaty on October 2. The latest polls show that support for the treaty has declined over the summer. The Irish Times/TNS poll shows that 46 percent would vote yes, a drop of eight points since the previous poll in May, while 29 percent say they would vote no, an increase of one point. The number of people in the ‘don’t know’ category has increased by seven points to 25 percent, the Irish Times reported.