FOR 15 YEARS the US and Slovakia have been using the knowledge and experience of their academicians and students through exchange programmes administered by the J.W. Fulbright Commission in Slovakia. 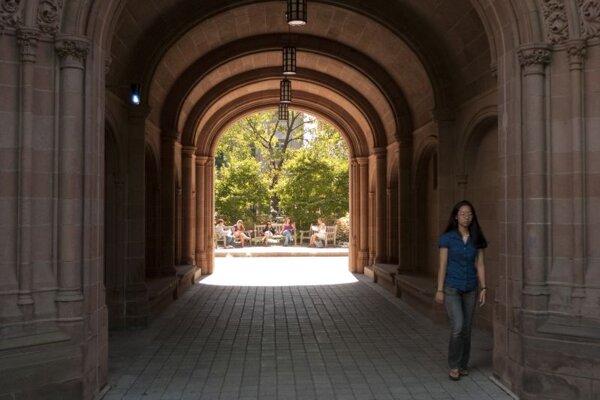 FOR 15 YEARS the US and Slovakia have been using the knowledge and experience of their academicians and students through exchange programmes administered by the J.W. Fulbright Commission in Slovakia.

In the early 1990s, the Fulbright exchange programmes mainly helped Slovak students, expected to become future leaders, to learn how a democracy works in practice and to benefit from study within the US educational system, home of many of the world’s best universities. But it has evolved to also provide an opportunity for US students and scholars interested in Slovakia to come and study the realities and details of the country’s transformation on the spot.

The Fulbright Commission in Slovakia was established in 1994 through a temporary agreement between the Slovak and the US governments. Thanks to the excellent results of the grant recipients from both countries and the good work of the Fulbright Commission a permanent agreement on academic exchange was later signed. Today, the commission administers exchanges within several distinct programmes: the Fulbright Scholarship and Awards Program for graduate students and lecturers, the Hubert H. Humphrey Fellowship Program for mid-career professionals and the Ronald and Eileen Weiser Professional Development Award for Study and Research at the University of Michigan.

The commission also works as a comprehensive information centre for students seeking to study in the US. The Fulbright Commission’s Educational Advising Center provides thorough and unbiased information on study opportunities in the US and on scholarships and grants offered by many other US institutions. It also provides information to interested US citizens on study, research and teaching opportunities in the Slovak Republic.

However, administering the Fulbright Program constitutes the largest chunk of the commission’s work in Slovakia. Named after J. William Fulbright, a US Senator who was in the spotlight as a powerful voice in the chaotic times during the Vietnam War when he chaired Senate hearings to examine US policy, the Fulbright Program operates in many countries around the world.

“The Fulbright Program remains the flagship programme for cooperation between the US and other countries through bilateral educational and cultural exchanges,” Nora Hložeková, the executive director of the Fulbright Commission in Slovakia told The Slovak Spectator. “The programme, working with universities, schools, bi-national Fulbright Commissions, government agencies, NGOs and the private sector, actively seeks out individuals of achievement and potential who represent the full diversity of their respective societies and selects nominees through open, merit-based competitions.”

“The Fulbright Program has provided more than 245 Slovaks and 220 Americans - chosen for their academic merit and leadership potential – with the opportunity to study, research and teach in each other’s countries,” Hložeková said.

Despite the fact that the Fulbright Program is still very young in Slovakia, many Slovak alumni have become active and important leaders in academic and research institutions, government and politics, non-profit organisations, the business community and arts and journalism, Hložeková said.

Several names connected with the Fulbright Program in Slovakia include professionals in business, politics, society and academia, such as Daniel Lipšic, former justice minister and current MP, Iveta Radičová, former labour and social affairs minister, Juraj Droba, former director of the external relations for T-Mobile Slovensko, sociologist Michal Vašečka and the director of the Pontis Foundation in Slovakia, Lenka Surotchak.

Lipšic, who studied law at Harvard University through a Fulbright scholarship, told The Slovak Spectator that “the Fulbright Program for post-graduate students is excellent and I wish more and more young professionals would be able to take advantage of it.”

On the other hand there are the US students and scholars coming to Slovakia through the Fulbright Program, among them Kevin Deegan Krause, an Associate Professor of Political Science at Wayne State University who was among the first (in 1995-1996) and also the most recent (2008) Fulbright scholars at Comenius University in Bratislava.

“It is safe to say that because of Fulbright, my life is inextricably bound to Slovakia: my car and computer have (SK) oval stickers on them, the name of my blog is a play on a Slovak phrase, my children know “jablko” as the way to say “apple” and, perhaps most importantly, the touchstone for my professional writing on political parties is Slovakia’s political system,” Deegan Krause told The Slovak Spectator. “In strictly professional terms, I learned an enormous amount during my most recent long-term stay in Slovakia about how political parties operate in early 21st century Europe and I am thankful to all of my colleagues at Comenius University and to all of the various experts and party members who were willing to talk to me.”