ACCORDING to US diplomatic representatives to Slovakia, cooperation in the domain of culture is as important as the links in business and industry. The American embassy’s cultural calendar suggests these words are not just idle talk. 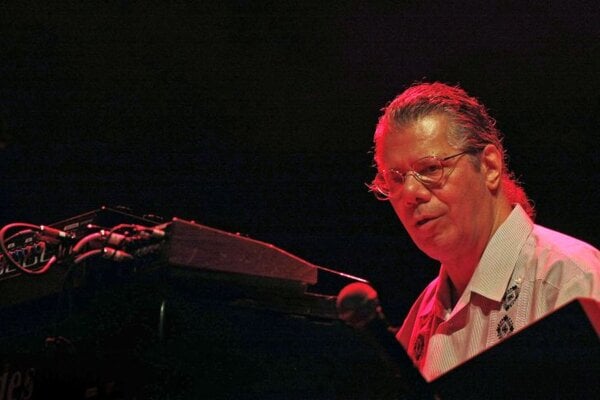 ACCORDING to US diplomatic representatives to Slovakia, cooperation in the domain of culture is as important as the links in business and industry. The American embassy’s cultural calendar suggests these words are not just idle talk.

“I am amazed at how much cultural activity is taking place between the United States and Slovakia,” said Chris F. Scharf, Public Affairs Officer at the US Embassy in Bratislava, who arrived in the country only a few weeks ago. “Since my arrival here, I have been impressed by the number of American artists who have performed on Slovak stages, the American films that have been shown in Slovak cinemas, and especially by plans underway for more concerts, art exhibitions and the like.”

The officer stated that as an American he was particularly charmed by the spontaneity and informality of the numerous open-air events held in Bratislava’s city centre over the summer.


“I don’t think Bratislava is a huge city in numbers, but it does seem to be a huge city when it comes to cultural activities,” he told The Slovak Spectator.

Though Scharf is still getting settled in his new position, he is already making plans for the future: on one hand, continuing to develop long-term partnerships that have previously been established and, on the other, bringing some fresh air into the local cultural scene.

Arts being invariably a matter of personal taste, many of the upcoming events reflect the diplomat’s own interests, which include music, particularly jazz, and modern American art.

“In October for instance, we will be supporting Bratislava Jazz Days, and we are also helping to bring two of the great American jazz artists of our time to Bratislava in November, namely Wayne Shorter, a saxophonist and composer who used to play with Miles Davis, and Chick Corea, the famous pianist,” Scharf said.

The embassy has also started to work with the Danubiana gallery, which is planning a major retrospective of an American painter by the name of Sam Francis for next year.

However, the programme of cultural events prepared for the next few months is by far not limited to the aforementioned areas. The embassy officer’s team will also contribute to the exhibition entitled “In Space and Time” available at the Bratislava City Gallery until November 1, organised on the 15th anniversary of the James William Fulbright Commission in Slovakia; to the Gay and Lesbian Film Festival to be held in Bratislava between September 30 and October 4; and to the Ars Poetica festival to take place in the capital from October 7 to 11, whose special guest will be notable American poet Campbell McGrath.

The events enjoying the Embassy’s support later in autumn include the Totalitarian Circus project celebrating the 20th anniversary of the fall of the Iron Curtain planned for October 13 to 20 in Bratislava; a display of light installations by Mary Temple, a New York artist, on show at the Nitra Gallery from November 1 until February 28; and the One World documentary film festival featuring screenings of recent American movies between November 3 and 8.

Most of the programmes planned, apart from some occasional film screenings, lectures or exhibitions organised by the InfoUSA centres in Bratislava, Košice and Banská Bystrica, have not been initiated by the embassy itself but by its various Slovak partners.

“Our programming in the cultural area,” Scharf said, “is maybe slightly different than that of other embassies in that it is focused rather on partnering with Slovak institutions, which are encouraged by our team to come to us with their own projects, ideas and proposals.”

As the diplomat explained, this reflects the American arts patronage philosophy.

“We believe that government should not be in charge of cultural life,” he said. “It best flourishes when individuals are free to operate by themselves, of course with the authorities’ support and encouragement.”