THE FINANCE Ministry and the National Bank of Slovakia have revised their predictions for the dip in the country’s gross domestic product for 2009, with both estimating around the same level. While the ministry raised its previous estimate of -6.2 percent to -5.7 percent, the central bank reduced its last prediction of -4.2 percent to -5.6 percent. Most analysts see these similar prognoses as realistic. 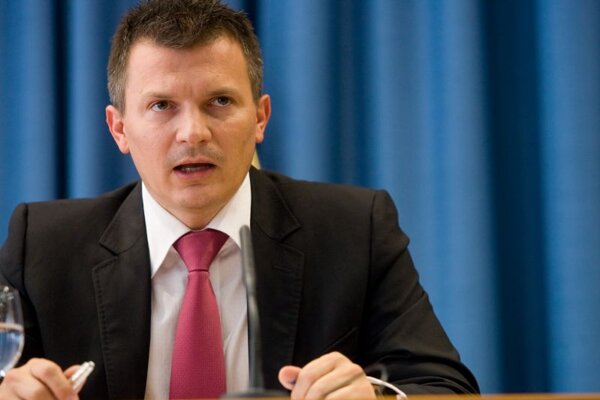 THE FINANCE Ministry and the National Bank of Slovakia have revised their predictions for the dip in the country’s gross domestic product for 2009, with both estimating around the same level. While the ministry raised its previous estimate of -6.2 percent to -5.7 percent, the central bank reduced its last prediction of -4.2 percent to -5.6 percent. Most analysts see these similar prognoses as realistic.

The Finance Ministry released its revised predictions on September 23 while the central bank did so one day earlier. In early September, Slovakia’s Statistics Office made the most optimistic forecast, predicting that Slovakia’s economy will contract by only 3.5 percent over the course of 2009.

Finance Minister Ján Počiatek thinks that the numbers recently published by his ministry may indicate a stabilisation in the economy and a gradual winding down of the crisis situation.

“It seems, according to the forecast and information available to us, that we are really emerging from the crisis,” said Počiatek, as cited by the SITA newswire, adding that next year might also be tough because some negative aspects deriving from the crisis would not culminate until 2010. “But I think that next year will bring much more optimistic and cheerful numbers.”

The main reasons for the Finance Ministry’s more optimistic prognosis is an improvement in its expectations of developments in the external environment, improvement in indicators of economic sentiment and positive results in the eurozone in the second quarter.

The central bank is a little more pessimistic. Due to the significant decline in the performance of Slovakia’s economy during the first half of 2009 it needed to significantly revise its forecast downward, noting that the world economic crisis had reduced orders for many domestic companies and stripped thousands of Slovaks of their jobs.

“During the second quarter of 2009 Slovakia’s economy recovered more slowly than the expectation of the National Bank of Slovakia had been,” said Peter Ševčovic, a member of the NBS board, as cited by the ČTK newswire.

But according to NBS, Slovakia’s economy has now bottomed out and it might start to gradually show growth next year. NBS upwardly revised its prediction for 2010 by 0.5 percentage points to 2.9 percent growth over the whole year, expecting that foreign demand, which fell sharply due to the crisis, would recover and continue to be the major driver of the Slovak economy.

Analysts see the most recent predictions of the central bank and the Finance Ministry as realistic.

“I perceive the estimates for 2009 as realistic,” Michal Mušák, an analyst with the largest bank in Slovakia, Slovenská Sporiteľňa, told The Slovak Spectator. “We expect that Slovakia’s economy will contract by 5-6 percent this year. For the next year we estimate moderate growth of 2.6 percent.”

Martin Lenko, a senior analyst with VÚB, expects that the country’s economy will contract by 5.5 percent in 2009 while Boris Fojtík, an analyst with Tatra Banka is more optimistic, expecting a contraction of only 4.5 percent.

“For the second half of 2009 it will be important to see whether the recent improvement in the situation in Slovak industry will endure after the effects of European governments’ anti-crisis measures wind down,” said Mušák, recalling in particular the car-scrapping bonus initiated by many European countries which has helped improve prospects for Slovakia’s automobile industry. But after the effects of this measure fade, a drop in demand for cars may be expected, Mušák said.

Fojtík expects that high unemployment combined with a small increase in nominal wages will lead to lowered domestic demand.

“Positive impulses should arrive from abroad in the form of a rise in net exports as well as continued high government consumption,” Fojtík told The Slovak Spectator. “The beginning of construction of highway stretches in Slovakia will also have a positive influence.”