THE CASE of the murder four years ago of student Daniel Tupý has been closed after the General Prosecutor’s Office withdrew its appeal against the not-guilty verdict reached by the Bratislava district court on June 16, 2009. The police claim to have new evidence which might be used to reopen the case in the future but the father of the murdered student is no longer expecting justice from the police or the courts. 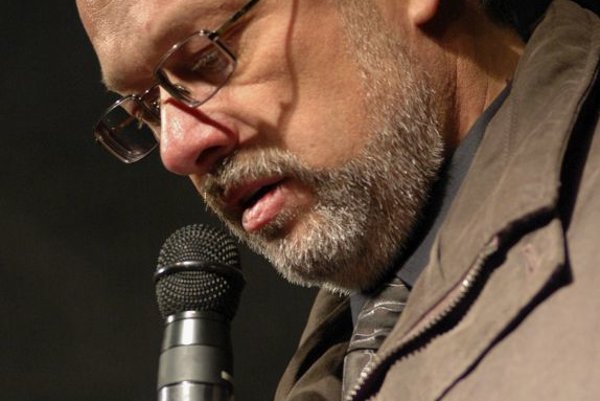 THE CASE of the murder four years ago of student Daniel Tupý has been closed after the General Prosecutor’s Office withdrew its appeal against the not-guilty verdict reached by the Bratislava district court on June 16, 2009. The police claim to have new evidence which might be used to reopen the case in the future but the father of the murdered student is no longer expecting justice from the police or the courts.

The district court ruled that the five men charged with murdering Tupý – Richard Hrotko, Ján Sedlák, David Vyskočil, Michal Blažíček and Robert Janeček – were not guilty and they were freed from custody. The prosecutor had originally appealed the decision but General Prosecutor Dobroslav Trnka ordered the appeal to be withdrawn on September 22.

“I will not let the prosecutors be ridiculed in front of the court only because somebody wishes so,” Trnka said in defending his decision, adding that the police have not provided new evidence that would give the appeal a chance to succeed, the TA3 news channel reported.

Interior Ministry spokesman Erik Tomáš said on TA3 that the police already have new information which only now needs to be brought to the form of material evidence and then they will again seek to reopen the case.

“It’s very hard to tell exactly when, since it doesn’t depend only on the police but also on the willingness of the new witnesses to testify,” Tomáš said. He did not specify what new information that the police have. The Pravda daily wrote that from the very beginning of the case the police have had brass knuckles in evidence from which a DNA sample was extracted. Trnka suggested that the special investigation team could now be ready to identify the murderer from the DNA evidence.

Daniel Tupý was stabbed to death on the Tyršovo embankment in the Bratislava district of Petržalka on November 4, 2005. Seven friends with him at the time were also assaulted. According to witnesses, the perpetrators attacked Tupý because of his appearance – black clothes and long hair. He was also carrying a guitar.

Witnesses testified that there were nine attackers, who shouted: “We are skinheads!” Tupý was pronounced dead upon arrival at hospital.

According to the TASR newswire, the forensic medical expert in the case reported that Tupý had eight stab wounds, scratches, fractures and additional injuries to his head. The forensic report said he most likely was stabbed with a knife, his face was injured with a solid object and that an attacker also jumped on his head.

Interior Minister Robert Kaliňák established a special investigative team in October 2007. In February 2008 the police charged Hrotko with murder and accused three others of related offences. One of the three committed suicide before he was arrested, TASR wrote.

“The accused seem to be supporters of extremist groups,” Kaliňák stated at that time. The accused were taken into custody because there were fears that Hrotko would attempt to flee or avoid trial and that the two other suspects might attempt to contact witnesses. Later, in June 2008, another two men were charged with taking part in the attack.

The prosecutor’s office received the police investigation file on September 3, 2008 and started its preparations of the court complaint. The trial started on January 26, 2009. The first anonymous witness testified that Hrotko and another of the two defendants were present during the attack on Tupý on April 22 and that it was Hrotko who stabbed Tupý in the back with two knives.

In June, Daniel Tupý Sr, the father of the victim, asked the court to subject the defendants and the main witness, whose identity was concealed, to lie detector tests but his request was not approved.

On June 11 another anonymous witness refused to testify in court and withdrew an earlier statement made during a pre-trial hearing, saying that what he had said before was not based on the truth, the SITA newswire reported.

In its immediate reaction, the Interior Ministry said they had information indicating the reason for that witness’s unwillingness to testify.

“After the court refused my request to subject the two defendants and the main witness to the lie detector tests it was clear to me how it would end up,” Tupý Sr told TA3. He said he did not believe the police statements that they are not giving up.

“After all this even the biggest optimist is probably stripped of his hope that we’ve got a functioning system here that can find the offenders and prove them guilty,” he told the Pravda daily.