FINANCE Minister Ján Počiatek had been rather secretive about most details of his draft state budget but it sailed through the cabinet meeting of Prime Minister Robert Fico’s government with an ease quite untypical for such plans. 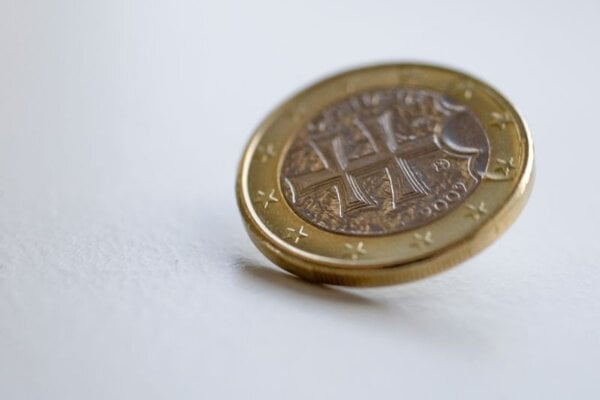 FINANCE Minister Ján Počiatek had been rather secretive about most details of his draft state budget but it sailed through the cabinet meeting of Prime Minister Robert Fico’s government with an ease quite untypical for such plans.

The government ministers from the parties of the ruling coalition – Smer, the Movement for a Democratic Slovakia (HZDS) and Slovak National Party (SNS) – raised their hands in favour of the state budget for 2010 which forecasts revenues of €12.531 billion and authorises expenditures of €16.277 billion – producing a deficit of €3.746 billion for 2010, among the highest ever.

Prime Minister Fico called the budget “good and realistic” and said that his government has resisted the “magic of giveaways”. The opposition, however, has been somewhat harsher, calling the proposal “bad news for Slovakia’s citizens”.

Počiatek’s budget assumes an increase in revenues of 15 percent year-on-year. The finance minister said that despite the higher deficit, the proposed budget will still mean a launch of fiscal austerity, which in 2012 should result in an annual deficit under 3 percent of GDP.


Next year the budget approved by the cabinet will produce a public finance deficit of 5.5 percent of GDP.

Ivan Štefanec of the strongest opposition party, the Slovak Democratic and Christian Union (SDKÚ) does not really trust the government’s promise to push down the public finance deficit to that level next year.

“Considering the fact that the government so far has not demonstrated any interest in saving the people’s money, I seriously doubt that they will do it next year,” Štefanec told The Slovak Spectator.

Počiatek, however, describes the budget as frugal. Fico said the ministries next year will save approximately €750 million in operational costs when compared to this year’s budget, adding that the state will be saving money in this way even in the election year, the SITA newswire reported.

Economists and market watchers are more reserved when estimating the prospects of this budget being met or maintained.

“We see a risk in reaching the budgetary tax incomes; slower economic growth and a higher shortfall in tax revenues could lead to exceeding the planned deficit,” Radovan Ďurana of the Institute of Economic and Social Studies (INESS) told The Slovak Spectator.

According to Ďurana, the government has missed the chance over the past year to adopt legislative measures which would have made it possible for the government to reduce the expenditures of public administration and government procurement over the long term.

“It could have adopted laws to reduce the waste of mandatory expenditure next year,” Ďurana said. “With the exception of capital expenditure there are only minimal savings compared to this year’s budget, which in fact was tuned as expansive and this is why it is good to compare it [the draft] with the 2008 budget, to which the proposed 2010 expenditures are considerably higher without including the effect of higher drawing of EU funds or in subsidising the [social] insurer.”

“We are optimistic that we will be able to draw a large part of these finances,” Fico said as quoted by SITA.

Ďurana explained that the EU funds themselves have a neutral effect on the budget.

“Those EU funds are only becoming revenues that are subsequently drawn,” Ďurana said, adding that indeed failure to draw upon EU funds can have a positive impact on the deficit, since money from Slovakia required for co-financing would not be needed, thus keeping state spending lower.

Ďurana finds the 15-percent increase in expenditures to be steep, regardless of the source of the funds.

“In the context of possibly saving public spending and mandatory spending, we consider the 15 percent increase far too steep and the government has definitely not used all the possibilities to cut the deficit and thus the state debt, the servicing of which will burden the state budget more significantly each year,” Ďurana added.

Ďurana said the Czech finance minister put proposals on the table, and the Czech parliament passed them, designed to reduce that country’s deficit.

“It did so despite the fact that the package also included an increase in the tax burden to boost the state’s revenues as well as the savings on the spending side which were more extensive and pertained to social sphere as well,” Ďurana said.

Štefanec said that the proposal to increase expenditure by €1.5 billion more than the same government requested one year ago accompanied with a drop in state revenues is more evidence of the government wasting funds.

“We [the SDKÚ] would support a draft which clearly defines the priorities for solutions to the crisis and that starts consolidating public finances,” Štefanec told The Slovak Spectator. “I do not think that the current government can supply this to us.”

Who gets how much?

The Ministry of Construction and Regional Development will see the highest percentage increase in spending authority, a 29.3 percent year-on-year boost with expenditure of both EU funds and national co-financing reaching €494.38 million.

The Ministries of Agriculture and Economy are also among the luckier ministries since both will see their purses swell by 18.7 percent year-on-year with the authorised agriculture expenditure approved at €1.159 billion and the Economy Ministry having €319.167 million available to spend, according to SITA.

The departments of defence, interior, culture and foreign affairs will need to tighten their belts next year. The Ministry of Defence’s budget will shrink by 21.3 percent to €822.944 million while the Ministry of Foreign Affairs will get 18.1 percent less than last year at €107.954 million. The Culture Ministry’s wallet will shrink by 9.8 percent to €169.773 million and the Interior Ministry will see a 9.7 percent cut in its pocket money to €838.575 million.

Consolidation of public finances in Slovakia should be done more quickly, said the governor of Slovakia’s central bank (NBS), Ivan Šramko, as quoted by the TASR newswire.

„I arrive at such a conclusion based on a resolution we have passed at the European Central Bank (ECB) governors’ council,” Šramko said.

The resolution recommends the countries which have “normal” public finances should reduce their public deficit by significantly more than 0.5 percent of GDP next year and that countries with greater debts and larger deficits should reach a level of deficit reduction of at least 1 percent of GDP, TASR wrote.

“Based on this document, I recommended speeding up the consolidation [in Slovakia], at least to the level of 1 percent of GDP,” said Šramko.