THE GLOBAL financial and economic crisis has laid a number of challenges at the doors of national governments as decreasing economic activity is cutting tax revenues and tempting officials to raise taxes to patch gaps in state budgets. 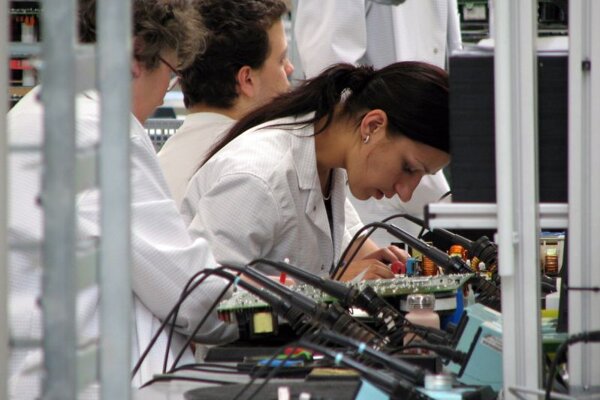 THE GLOBAL financial and economic crisis has laid a number of challenges at the doors of national governments as decreasing economic activity is cutting tax revenues and tempting officials to raise taxes to patch gaps in state budgets.

Slovakia has not avoided this temptation. While Finance Minister Ján Počiatek has floated the possibility of some tax increases, the upcoming parliamentary elections scheduled for 2010 have dampened enthusiasm for such an approach. The Finance Ministry has only introduced higher taxes for alcoholic spirits and a new tax on poker games which will come into effect later next year.

While the opposition is calling for tax cuts to stimulate the economy, the finance minister does not see a reason for this, arguing that the burden of taxes and social security contributions in Slovakia is the lowest in the EU.

“The tax system we have is designed for good times,” Počiatek said in early July, as cited by the SITA newswire. “The burden of taxes and social security contributions in Slovakia is the lowest in the EU.”

According to him, the Slovak tax system is based on a growth model, i.e. it assumes annual growth in economic activity and budget revenues, that the country cannot avoid a discussion about changes in the current tax system.

Instead of increasing taxes, these experts would rather see cuts in government spending. They suggest that when potential tax changes are considered, decisions should be based on their long-term impacts on the economy.

“I believe the tax system is generally good and if it was up to me I would not change it substantially,” Branislav Ďurajka, Tax Partner of KPMG in Slovakia told The Slovak Spectator. “In good times it was indeed able to generate more tax revenues than was expected when the 2004 tax reform was enacted. It appears that the system may generate less revenue during a recession, as it is quite susceptible to a decrease in gross domestic product.”

However Ďurajka finds this to be a positive feature because in difficult economic times the tax burden on businesses and consumers becomes lower, which can stimulate a faster recovery. He thinks that during a crisis a responsible government should react to decreased tax revenues by reducing public expenditures rather than increasing taxes, which is exactly the opposite of what governments like to do.

“To me, trying to help the economy recover by increasing taxes is like trying to revive a half-dead man by strangling him. Therefore I believe that the tax system should not be changed,” Ďurajka said.

Stan Jakubek, Country Managing Partner and Head of Tax Services at Ernst & Young, believes that any tax system is susceptible to an economic downturn of the magnitude that we have recently experienced.

“Slovakia, like all our European neighbours, is currently facing some real challenges resulting from shortfalls in the state budget,” Jakubek told The Slovak Spectator. “We will need to respond to these challenges through a reduction in spending and strategies to increase state revenues. However, any decisions, be it on controlling spending or changes to tax legislation, should be considered based on their long-term impact on the economy and not be driven to fill a short-term gap.”

Radovan Ďurana, of the Institute of Economic and Social Studies (INESS) economic think tank, told The Slovak Spectator that the expenditure policies of the government of Prime Minister Robert Fico were based on the premise that tax incomes would rise each year. This has resulted in a steep increase in the budget deficit. He does not perceive Slovakia’s tax system to be overly sensitive to swings in the economic cycle.

“This is because almost three-quarters of tax revenues come from sources with a relatively low sensitivity, or a slower response, to economic decline,” Ďurana said. “These include, in particular, indirect taxes such as the value added tax, excise taxes and income taxes of private individuals.”

According to Clare Moger, Director of the Tax Department at PricewaterhouseCoopers, Slovakia’s fairly low corporate income tax rate helps the country to remain attractive to investors during the economic downturn, as does the relative simplicity of the tax system.

“This is important since losing large investors during the downturn would significantly increase unemployment as well as reduce GDP and the amount of tax received by the state,” Moger told The Slovak Spectator.

“In general, I would not say that there are fundamental issues with the structure of taxes in Slovakia,” said Jakubek. “It has, however, been broadly recognised that we have a tax system that is very administratively burdensome. Although there have been some steps taken to address this issue, more work needs to be done. I do believe that there is still a lot of value to be gained through reduction of administrative costs and a focus on effective and efficient collection of taxes rather than on the structure of taxes."

Ďurajka likes the current structure of taxes because the emphasis is on indirect taxes, which he thinks is the correct approach.

“Taxing consumption is better for the economy than punishing initiative, that is, by progressive taxation of income or by taxing accumulation of wealth,” he told The Slovak Spectator. “There are a lot of theoretical and empirical proof of this.”

Moger sees the low corporate and personal income tax rates and the system’s simplicity as the key advantages of Slovakia’s current tax system. She believes that these factors help to reduce tax evasion and encourage investment.

“However, payroll taxes, particularly contribution rates for social security, are high relative compared to countries in the region,” she said.

Ďurana of INESS does not see a need for a significant change in the current structure of taxes either but he sees the need for a reduction of tax rates.

To cut or not cut taxes?

The debate over whether to cut taxes during an economic crisis constantly emerges in Slovakia. While Finance Minister Počiatek does not see a reason for tax cuts at this time from his point of view as a member of the government with goals it is seeking to reach, other experts believe that tax cuts would help the economy.

“Yes I do,” said Ďurajka when asked whether he sees a need for tax cuts. “Whether politicians like it or not, the state budget is like a black hole. The more money you throw in it, the more money it swallows, and with decreasing efficiency.”

He believes that the only way to force a government to reduce public spending is to give it less money to spend.

“For that reason, I truly believe that there is always room for tax cuts,” he said.

The taxes that should be reduced are always a matter of political taste but Ďurajka prefers less taxation of income and wealth and more taxation of consumption.

“For me the choice would be to further reduce income taxes, or more importantly social security contributions, especially the high burden of payroll taxes paid by employers,” he said.

Jakubek does not foresee any tax cuts at this time. He believes it is very important that Slovakia remains competitive.

“Slovakia has been competitive in the past and I believe that we still have an attractive economy,” he said. ”We must remain vigilant to ensure that we protect our competitive position. However, given the present economic situation, I do not feel any immediate pressure to reduce taxes.”

The future of tax rates

Tax specialists do not see potential tax increases as a good idea.

“Increasing taxes, now or after the general election, would be a very bad idea,” said Ďurajka. “In order to catch up to the GDP per capita level of western economies we need to stimulate our economy to grow faster than those countries. And a lower tax burden is helping us to achieve this. There is no such thing as an “unavoidable” increase in taxes. There is always an alternative – reduction of, or more effective, public spending.”

According to Moger, it is important to look at the overall tax burden, not just one isolated tax.

“Slovakia does not have the lowest burden of taxes and payroll taxes in the EU,” she told The Slovak Spectator. “According to the Paying Taxes study recently issued by the World Bank, Slovakia is ranked 115 out of 181 countries worldwide in terms of the total 2008 tax and social security burden for a typical medium-sized manufacturing company. The main reason for this is Slovakia’s high social security contribution rates. Within the EU, the total tax burden for this hypothetical manufacturing company is higher in Slovakia than in eight other countries, including the UK and the Netherlands. All of these countries have lower social security contribution rates than Slovakia.”

Moger believes that an increase in taxes is likely to be detrimental for Slovakia. She stressed that many foreign investors in particular have been wary of investing in the central and eastern European region because of a perceived risk of significant adverse changes in taxation and legal regulations that could follow any change in government.

“The fact that most of the changes to the Slovak tax system in recent years have been favourable for investors, and that the coalition elected in 2006 did not make any major changes to the tax reforms introduced in 2004, has meant that Slovakia is now seen as a fairly safe place in which to invest,” she said. “Thus significantly increasing taxes in the near future would make Slovakia much less attractive to potential new investors, as well as increasing the likelihood of existing investors moving to lower tax jurisdictions, either within the EU or elsewhere.

Tax experts at PricewaterhouseCoopers believe that a better approach would be to focus on increasing compliance with existing tax laws, in particular through taking aggressive measures to tackle the grey economy and to ensure that all individuals and businesses that are required to pay tax are registered and pay the correct amount.

Ďurana of INESS does not want to assess taxes and social security contributions separately either because he believes they are closely connected. He furthermore does not see the low tax burden when compared with other EU countries as an argument for an increase in taxes. According to Ďurana, discussion of tax increases should be under consideration only after government expenditure is re-evaluated. He added that this expenditure has increased by almost one-third during the last three years while the rate of inflation was below 10 percent.

“If handling public funds becomes more effective, this would lead to savings which would create space to achieve a balanced state budget and reduce tax rates,” said Ďurana. “Regarding the need to keep competitiveness, contributions burdening labour or corporate taxes should be cut.”

Jakubek, as a general principle, said he is opposed to increases in tax rates.

“I would much prefer to see strategies that increase tax revenues through broadening our base for taxation by attracting more potential taxpayers to Slovakia as well as strategies which focus on the effective collection of taxes,” he said. “The big problem is that such solutions take time to implement and we need to deal with an immediate issue. The real challenge is to deal with the short-term gap without negative consequences on our economy in the long term.”