ECONOMIC crises, even those with a global effect, occur periodically and in all probability Slovakia will not escape those that might erupt in the future. Much has been written about the most recent economic and financial crisis and it has been said that the crisis is no longer discussed in polite society, meaning that most of us have heard enough negative information about this subject. 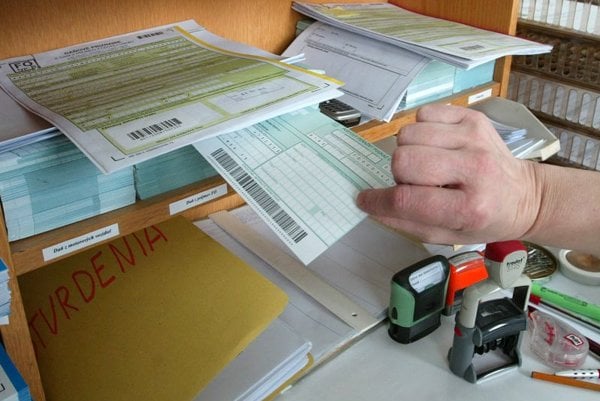 ECONOMIC crises, even those with a global effect, occur periodically and in all probability Slovakia will not escape those that might erupt in the future. Much has been written about the most recent economic and financial crisis and it has been said that the crisis is no longer discussed in polite society, meaning that most of us have heard enough negative information about this subject.

But the economic crisis has produced some positive aspects. For example, legislative changes – known to the general public as the anti-crisis package – were adopted to help businesses and ordinary citizens to partially overcome some of the negative impacts of the crisis. These legislative changes include a revision of the income tax law that became effective on March 1, 2009 as well as a revision of the value added tax law effective from April 1, 2009.

The economic crisis intensified efforts by businesses to reduce costs, making the expression cost-cutting a popular buzz word. The legislative changes to value added tax (VAT) enable taxpayers to claim an earlier refund of excess value added taxes that were paid and also permit companies to optimise their business structures by registering as a group for VAT purposes. But to benefit from the latter, which starts on January 1, 2010, the business group must be registered by no later than October 31, 2009. If a business does not register by the deadline this year, then Slovakia’s Tax Administrator will only register the group for the following year, i.e. as of January 1, 2011.

Under the revised VAT law, the tax administration will refund excess VAT payments within 30 days instead of the previous 60 days. The benefit from this accelerated VAT refund is obvious, but not every VAT payer may qualify for it. To use this new rule, the VAT payer must meet some specific conditions: the tax period must be for one month, the VAT payer must have been registered for more than 12 months and, most importantly, the taxpayer must not have had any overdue payments to the state administration over the past 12 months. In this way the state is rewarding those who were timely and did not have any late payments. For those with overdue payments, VAT refunds will be made within the original period of 60 days.

The tax administration has tried to clearly define what an overdue payment is. However, in practice large companies say there may be a problem for them to state with certainty that they are completely free of any unpaid obligation since any overdue payment, regardless of how small it is would violate the regulation.

Group registration enables legally independent business bodies to register as one VAT payer and then transactions between individual members of that VAT group will not be subject to VAT. The proper establishment of a group registration will enable members of the group to reduce direct as well as indirect costs stemming from VAT. Simply put, a VAT group will be treated as a single “person” for tax purposes. Thus the final VAT balance of the group as a whole as well as the right to deduct VAT for inputs should be exclusively affected only by transactions with third parties, i.e. those outside the group. This means that certain activities exempt from VAT, for example financial services, should not lead in the future to non-deductible VAT being paid for inputs that were carried out within a VAT group.

The requirements for registering a VAT group are quite demanding: proof of a financial, economic and personal interconnection between group members. The Tax Directorate published a regulation in September in which the conditions for registering a VAT group were interpreted in a more liberal way than when they were first announced immediately after the revision became effective. Based on this new regulation, Slovak subsidiaries of foreign parent companies can become a member of a group.

The amendment to the income tax act contains various provisions designed to help taxpayers overcome the economic crisis, from an increase in non-taxable amounts for individual taxpayers, through earlier claiming of tax-deductible expenses, to reduction of paperwork for calculating the tax liability. Important areas aimed at helping the taxpayers to overcome the economic crisis are discussed below.

The first method is designed for taxpayers who use vehicles equipped with a satellite device for tracking the movements of their cars. Taxpayers can use such evidence as a supporting document to calculate the expenditures for fuel consumed.

The second method allows for deduction of flat expenses for fuel consumption, up to 80 percent of the total purchased fuel over a tax year and the appropriate number of kilometres driven over the year, calculated for each vehicle separately. When using this method, the taxpayers do not have to keep separate evidence documenting each business trip.

The amendment of the income tax act also increases the limit for the input price for tangible assets and for technical improvement starting from €996 to €1,700, and the limit of the input price for intangible assets from €1,660 to €2,400. Assets not reaching these values do not have to be depreciated over a number of years, and can be fully expensed in the year of acquisition.

Other separable components are depreciated in the same depreciation group as the tangible asset itself.

Ľubica Adame, Director in the Tax function of Deloitte Slovakia