WHEN Cesta životom (Path of Life), a nonprofit organisation set up in eastern Slovakia’s Humenné to help recovering drug addicts, won a €35,000 grant from the Labour Ministry earlier this year, the award attracted little attention. Last month, however, it was reported that the non-profit was founded by Jana Vaľová, an MP for the ruling Smer party, and had its headquarters at her home address. 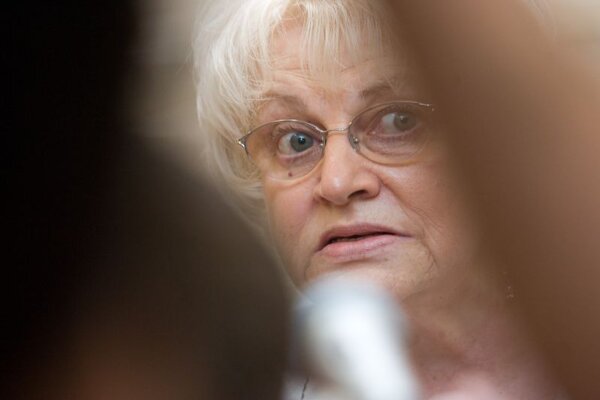 WHEN Cesta životom (Path of Life), a nonprofit organisation set up in eastern Slovakia’s Humenné to help recovering drug addicts, won a €35,000 grant from the Labour Ministry earlier this year, the award attracted little attention.
Last month, however, it was reported that the non-profit was founded by Jana Vaľová, an MP for the ruling Smer party, and had its headquarters at her home address.

Furthermore, the money that was approved by the ministry – led by Labour Minister Viera Tomanová, a personal friend of Vaľová – was supposed to be used to build a halfway house in the village of Repejová. Repejová officials said they knew nothing of such a project.

It is now clear that the individuals behind Cesta životom are connected to a larger network of subsidy approvals. The head of Cesta životom, Anna Brezíková, is the sister-in-law of Zuzana Miková, a bureaucrat from the Government Office. Miková this year became the headquarters boss for the Council of Ministers for Drug Addiction. According to information obtained by The Slovak Spectator, Miková’s office last month approved a further €80,000 award for Cesta životom, although the decision was overturned by a senior official within the Government Office after the media began investigating Vaľová’s role.

Miková herself founded a non-profit group called Čistý deň (Clean Day) in the western Slovak town of Galanta six years ago. In 2008, Čistý deň also won a grant from the Government Office towards improving the quality of therapists at its “resocialisation centre”.

The NGO got €25,000, the maximum amount the Office was allowed to award. The project was supported through Miková’s Council of Ministers.

“Ms. Vaľová did not participate in the committee’s deliberations on March 11, 2008, when the Čistý deň projects were evaluated,” said Anti-Drug Fund chief Miroslav Žufa. “However, she later approved the recommendations of the committee members.”

Zuzana Miková represented the Government Office at the meeting, which approved four projects submitted by the NGO she founded, but according to Žufa “had no voting rights” in the matter.

Coalition MPs and Government Office employees were not the only NGO founders that were able to swing grants for their own charities.

The NGO Športom proti drogám (Sports Against Drugs), which was founded by Jaroslav Malchárek, the brother of former Economy Minister Jiří Malchárek (2005-2006), won two grants from the Anti-Drug fund in 2008, worth a combined €67,000.

Malchárek was a member of the advisory committee that studied these projects, but according to Žufa, “did not having voting rights over the Športom proti drogám projects.”