Regional polls round out a year of elections

THE SERIES of elections held in Slovakia in 2009, starting with the presidential election in spring and the European Parliament elections in summer, will come to its end in late autumn with elections in the country’s eight regions. Even though political dogfights have started well before the official election campaigning can begin, political observers don’t expect long queues at the polling stations on election day – quite the contrary. 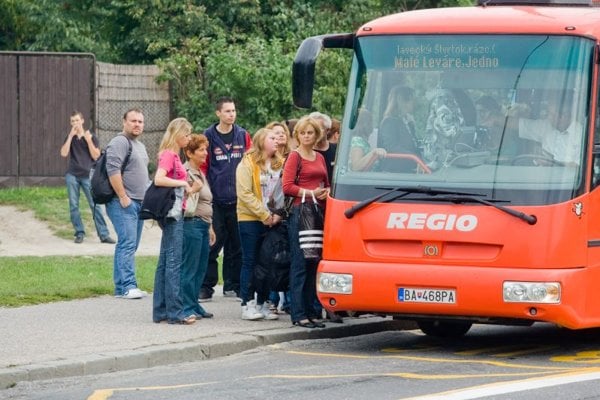 THE SERIES of elections held in Slovakia in 2009, starting with the presidential election in spring and the European Parliament elections in summer, will come to its end in late autumn with elections in the country’s eight regions. Even though political dogfights have started well before the official election campaigning can begin, political observers don’t expect long queues at the polling stations on election day – quite the contrary.

The deadline for registration of candidates for the top elected position (president) of Slovakia’s self-governing regions (VÚCs) as well as for members of the regional parliaments ended on October 5. Local authorities are required to publish complete lists of the candidates for their electoral district by October 30. The official election campaign will start on October 28 and will finish on the morning of November 12, in accordance with the 48-hour moratorium required under the election law.


Saturday November 14 is the actual day scheduled for the first round. Voters will choose a certain number of candidates for the regional parliament based on the size of their election district from among the candidates running in their district. They will also vote for one candidate for the president of the self-governing region. A presidential candidate who receives more than 50 percent of the actual votes in the first round wins the election. If no candidate for regional president receives a majority of the votes cast on November 14, a second round run-off election will be held on November 28 between the top two vote-getters.

Foreigners can vote too

Altogether there are 56 candidates vying to become the president of one of the eight regions, with 10 candidates contesting the position in Prešov and Bratislava Regions and only four in Trnava.

Among the candidates are current VÚC presidents, members of the national parliament, some members of the European Parliament and citizens who have been active in national politics in the past. There are also some controversial candidates, such as the leader of an extremist movement who is seeking to become the VÚC president in Banská Bystrica.

The Interior Ministry has already started its preparations for the elections, as all materials and documents required for the elections must be delivered to municipal offices by November 3. The ministry has almost €8.5 million allocated for this purpose while the Statistical Office is authorised to spend €1.3 million, said Alena Koišová from the press department of the Interior Ministry.

The power of the VÚCs

According to Slovakia’s 2001 Act on Self-Governing Regions, the eight regions have two main governing bodies: the regional parliament and the president.

Despite the rather lukewarm attitude Slovaks have shown towards the two previous VÚC elections, the regional authorities possess a significant package of public authority according to the law.

“From the viewpoint of daily problems, the self-governing regions are definitely less important than the municipalities; that was the intention,” Viktor Nižňanský, an analyst with the MESA 10 think-tank and the former government plenipotentiary for the reform of public administration and later for decentralisation, told The Slovak Spectator. “The VÚCs tackle things that would be impossible or too complicated for the local governments to solve. Their main task is to create good conditions for the development of the region and the quality of life of its inhabitants.”

Nižňanský said the regional authorities have decision-making authority in education and social services as well as in public transportation and in maintaining 2nd and 3rd category roads, adding that they can also be active in inter-regional and cross-border cooperation, tourism and educational activities.

Regional expenditures are financed mainly from their own resources flowing from taxes paid directly to the regions, including income and motor vehicle taxes. They also receive grants from the state ministries and from European structural funds. In 2010 they are expected to spend approximately €1.110 billion.

Despite the rather big chunk of money the regional authorities handle, previous elections have repeatedly failed to stir the interest of voters. In 2001, when the first-ever regional elections were held, 26.2 percent of voters came to the polls for the first round. Four years later, in 2005, only 18.2 percent of the electorate showed up to vote in the first round. This time, observers expect about 20 percent of citizens to vote.

“The trend of falling turnout has stopped this year in all the other elections that took place, which makes me believe the forecast that 20 percent could turn up [in the VÚC elections],” sociologist Pavel Haulík told The Slovak Spectator. He said citizens are not interested in their VÚC mainly because it doesn’t represent an organic whole.

“They have powers in several different areas without a systemic link between them,” Haulík said, adding that the public has a rather cold feeling towards the regional authorities.

“If the turnout doesn’t at least reach the turnout in the first elections, I think it should be an impulse to consider whether the VÚCs were created well, from the aspect of their functionality,” Haulík added.

Nižňanský believes that the citizens are more interested in their local government since this is where they turn for help with their daily problems. Also, he said the VÚCs have been working properly only for four years, because in their first term they had only been acquiring the tasks that were previously done by the state administration.

He also sees a problem in the fact that there are now eight VÚCs while Slovakia had been divided into only three regions during most of its history.

“It would perhaps motivate people more if Slovakia was divided into the natural regions to which Slovaks have a strong, centuries-long relation,” Nižňanský said.

Regional elections could be of more significance to citizens if the VÚCs had more powers and responsibilities but Nižňanský said it is also the duty of the politicians to motivate people to participate and vote.

“Despite the legality of their election, the legitimacy of their decision-making is also lower because of the low voter-turnout,” he said.

“The elected officials should turn to the voters more when making serious decisions and involve them in programmes and projects. Of course, those [elected officials] who are not serious about their duties are happy with the present situation, as they are less controlled by the citizens,” he concluded.