THE FATE of Slovakia’s double cross was in the hands of the shamrock last week. The Irish referendum on the Lisbon Treaty will have an enormous impact on the future of Slovakia. One can hardly think of a better symbol to epitomise the event than the shamrock, or “trojlístok”, literally meaning “three-leaf”. 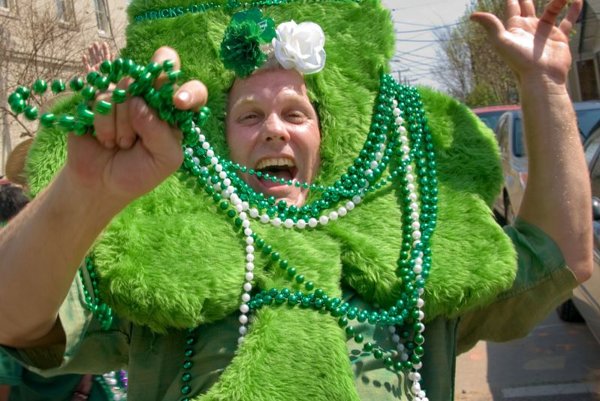 THE FATE of Slovakia’s double cross was in the hands of the shamrock last week. The Irish referendum on the Lisbon Treaty will have an enormous impact on the future of Slovakia. One can hardly think of a better symbol to epitomise the event than the shamrock, or “trojlístok”, literally meaning “three-leaf”.

First, there were only three countries holding up adoption of the new EU treaty – Ireland, Poland, and the Czech Republic. The Poles were waiting for the outcome of the Irish referendum and as you are reading this their president is likely to have already signed the treaty document. It is difficult to predict what Czech president Václav Klaus will do, but given the fact both chambers of his parliament have said ‘yes’ to Lisbon and so has the country’s constitutional court in its previous ruling, the country is likely to find a way of pushing the treaty through no matter what Klaus does. Even if not, the 26 other countries which have already signed up are likely to find a way to bring the treaty to life even without the Czechs.

Secondly, this is the third important step in Slovakia’s full integration with the West since the country entered the EU in 2004. First there was the entry into Schengen in 2007, which meant the opening-up of the country’s borders and a true freedom of travel. Then came the euro in January of this year. Sharing a currency with strong western European economies meant not only stability in times of economic crisis, but also had deep symbolic meaning. And now there is Lisbon, which for all its flaws has one advantage – it means that Europe will continue on the path of ever-closer cooperation and not head towards disintegration.

Thirdly, there are three reasons why deepening European integration is important for Slovakia. After US President Obama’s decision to not build a missile defence system in central Europe, there are increasing doubts about America’s future role in the region. Since Russia seems to be back in an imperialistic mood, Slovakia and its neighbours, too experienced to trust Putin & Company but too weak to protect themselves, need to be part of a strong alliance. A strong EU with an effective decision-making capacity is preferable to a loose association of states struggling to find unanimous consensus on each issue.

But Slovakia also needs the oversight of strong EU institutions – it has serious problems dealing with corruption and cronyism at all levels of state and local administration. The more foreigners get involved, the better. If left to itself, the country would quite likely become run by a closed, irreformable clique, a phenomenon which is nicely illustrated by the situation in the judiciary, where outside intervention is difficult.

And for Slovakia, a strong EU is not only a matter of geopolitics or sound governance, but also psychology. A developing European identity can give Slovaks a sense that they are not just being dragged by history but that they, too, have a say in global events, a feat otherwise hardly possible for a country of five million.

It’s usually four-leaf clovers that bring luck. But this time, a trojlístok will do just fine.