Migration is not a 'problem to be solved' 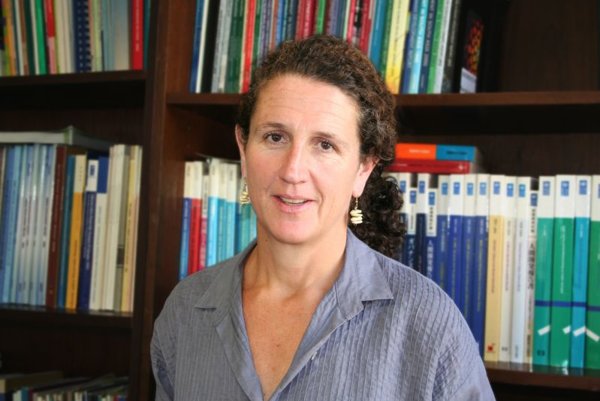 This need not, and should not, be. I say ‘should not’ because mobility, the ability to seek out better opportunities elsewhere, is a key element of human freedom. And need not be because migration policies can both meet domestic requirements and concerns and help to enhance mobility’s contribution to human development.

Migration is a process to be managed and not a problem to be solved, argues the 2009 Human Development Report – an independent report commissioned by the United Nations Development Programme – which was released on October 5. This groundbreaking study, Overcoming Barriers: Human mobility and development, carefully examines the evidence on migration – both internal and international from the perspective of people: the migrant, their families and the communities from which they came and in which they currently live and work.

It demonstrates the potential gains for all concerned – as well as the dangers and costs that can arise, particularly for the poorest migrants. This includes the benefits for the countries of origin, which can be substantial, but it warns that migration is no substitute for home-grown development. And it shows the barriers that can impede this movement – be it absolute prohibitions, the high cost of the ‘paper walls’ involved in moving between countries or the discrimination and disadvantages many migrants face at their destination.

In doing so, it debunks many of the myths that surround debates over migration. Most of the nearly 1 billion people on the move do so within their own countries. Contrary to received wisdom, the share of the world’s population moving across borders has been remarkably stable over the last 25 years or so. What is true is that more of these migrants are now going from developing to developed countries and that the impacts can vary enormously between one region and another.

The report challenges the stereotypes that portray migrants as ‘stealing our jobs’ or ‘scrounging off the taxpayer,’ or their image as ‘victims.’ Migration is rarely an easy process. Conflicts, natural disasters and economic hardship compel many people to move. Some fall into the hands of traffickers, with often terrible consequences. But the evidence, overall, strongly suggests that for the bulk of people migrating the costs, difficulties and stress of moving are more than offset by improved livelihoods; not just in income, but in other areas of well-being such as health, schooling and empowerment.

The skills, ideas and diversity brought by migrants are also largely benefiting destination societies. The report finds no evidence of large-scale job losses by locals due to migration. The contribution of migrants to economic growth can be high, while the impact on public services is generally small or even positive; although some local communities do face heavier burdens than others. Importantly, the report presents evidence that public opinion in many countries is receptive to migration – provided jobs are available.

Jobs are often the crux of the debate underway in destination countries. The report puts forward a package of measures that can improve job access for migrants that are linked to labour demand. And now is the time for a new deal on migration, one that will benefit the people who relocate, those in destination communities and others that remain at home.

Based on best practices, the proposed measures are politically feasible, especially when an economic recovery gathers pace. Renewed growth opens up more jobs and a well-managed migration policy benefits migrants and destination societies. For the ageing populations of many developed countries, particularly those in Europe, ensuring such a flow of labour is a must if economic growth is to be sustained.

But realising this mutual interest must take place with wider development imperatives in mind. Migration is driven by large and growing inequalities. The poor have the most to gain from moving, and increasing access for the low-skilled, for example, can help to maximize the gains for human development. As important is ensuring the fair treatment of migrants. Combating discrimination in wages, for example, benefits local workers as much as it does migrants. The rights of migrants must be protected, including those of irregular migrants.

Such a balanced policy towards migration is available. The challenge facing governments is not an easy one. Many – though not all – were moving in the right direction, although there have been signs of a rollback during the recession. A long-term perspective is needed, in which employers, trade unions and civil society each have a huge role to play. The UN’s new report is a contribution to more balanced and informed public debates on this controversial issue.