THE SITUATION in the logistics and warehousing market has more or less stabilised in Slovakia, mimicking developments in neighbouring countries, where the business has been operating for longer than in Slovakia. The financial and economic crisis has increased competition, pushing rentals down to record lows. 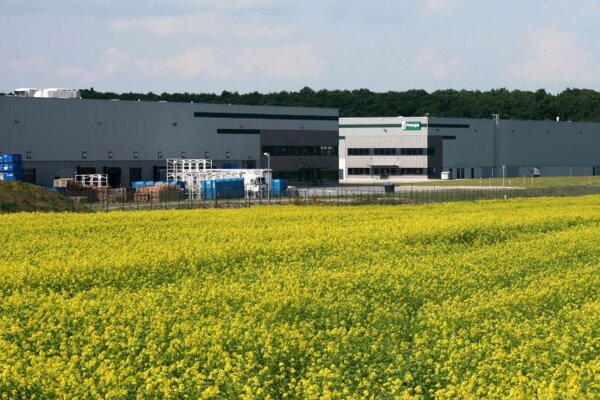 THE SITUATION in the logistics and warehousing market has more or less stabilised in Slovakia, mimicking developments in neighbouring countries, where the business has been operating for longer than in Slovakia. The financial and economic crisis has increased competition, pushing rentals down to record lows.

“Lately a relatively large number of projects have been completed whose construction was started before the crisis,” Peter Jánoši, head of the industrial real estate department in Slovakia at global real estate consultancy firm CB Richard Ellis (CBRE), told The Slovak Spectator. “These were often planned exclusively on a speculative basis, meaning that potential tenants were only sought during construction itself or once the project was completed. This means that a relatively large amount of logistics and warehouse capacity has suddenly emerged onto the market, but due to the economic decline interest on the part of end-users has decreased.”

Under the influence of the economic downturn developers and operators of logistics and warehouse capacity have started fighting for each potential client and have cut rentals to all-time lows.

“Such an atmosphere has rekindled interest among potential tenants and because free capacity is slowly but surely being used up and because no new construction is currently planned, it may be the best time to consider renting such logistics and warehouse facilities,” Jánoši said.

Developers and logistics centres operators confirm the slowdown and stagnation.

“The market is stagnating and only a few transactions are being made,” Pavel Pelikán, executive director of J&T Real Estate, told The Slovak Spectator. “Industrial production is decreasing and there is no reason for new large plans. Moreover, Slovakia has experienced a significant drop in production, in particular in the automotive industry.”

Many companies are re-assessing their expansion activities or plans to move the existing units. Clients are more cautious and headquarters are determined to cut expenditures and improve the effectiveness and usage of existing production and warehouse capacities.

“From all sides it is possible to feel great caution and this dominates also when investment decisions are being made,” Roman Karabelli, spokesperson for developer HB Reavis, told The Slovak Spectator. “There is still great demand from tenants for logistics and warehouse projects linked to retail, while there is low demand in warehousing linked to production.”

Impacts from the economic crisis have also forced developers and operators of logistics and warehouse premises to respond and adjust their plans.

HB Reavis said it has undertaken some internal rationalisation following the economic crisis.

Meanwhile, Pelikán of J&T Real Estate said he believes that during the crisis period those who are prepared can benefit from it. Because sites being offered by his firm are ready for development, Pelikán believes that they can be very quick in carrying out projects for clients.

“In the market segment for industrial and logistics property we remain active, but we do not intend to enter any speculative projects,” said Pelikán. “We will focus on completing the industrial park in Devínska Nová Ves and will respond in particular to [demand for] tailor-made solutions for specific clients.”

On the other hand, the crisis has made clients more demanding and they often realise their more advantageous position when negotiating terms.

Jánoši believes that because of the dominance of the automotive industry in Slovakia, and given the connection of logistics to this segment, its future revitalisation could bring about positive development in logistics and warehousing more widely in Slovakia.

“With regards to the development of the road infrastructure in Slovakia and its interconnection to main roads in Europe and the strategic position of Slovakia, we have become more and more interesting for international companies when locating their national or international distribution centres in Slovakia,” he said. “Recent projects by companies such as Whirlpool, Mobelix, Tacco, C&A and many others confirm this.”

The development of logistics parks is not barrier-free in Slovakia. Jánoši sees the biggest obstacles as being the impaired access to financing for new projects, but also the frequent unpreparedness of localities and construction plots for such development. Often the owners also seek unrealistic prices for their land, according to Jánoši.

For now Bratislava and its wider environs dominate, but market watchers see new prospects in other parts of the country as well.

“With regards to the still-strong dominance of the Bratislava region in the area of logistics, we assume that new projects will follow the development of the highway infrastructure in Slovakia,” Jánoši of CBRE said. “We also see huge prospects for eastern Slovakia as a potential bridge for the EU market further eastwards, and due to a lack of suitable logistics projects in this region to service the local market.”

HB Reavis sees potential in western Slovakia, especially around Bratislava and along the D1 and D2 highways. This is the location most used by companies oriented towards export into Europe. It sees also further prospects along with the D1 highway to Košice and Prešov in the east.

“The combination of an existing highway and a large regional capital is fundamental,” said Karabelli.

With regards to future expectations, Jánoši believes that new, bigger logistics projects will be built only after existing capacities are used up. Moreover, future construction will be not based on speculation any longer, but developers will focus more on build-to-order projects for specific clients.

“In the current situation waiting tactics are typical,” said Karabelli. “In spite of this, Slovakia has maintained its potential in the middle and long term, especially thanks to its strategic position. Premises in key localities, which are ready for immediate construction from the point of view of permission processes, face the best future.”

Total modern warehouse space in Slovakia amounted to 984,345 square metres at the end of the second quarter of 2009, CB Richard Ellis wrote in its latest market review. Approximately 84 percent of this is located in the greater Bratislava area.

Lower take-up led to more vacant space, which resulted in the overall vacancy rate increasing to 12.31 percent. Net effective rents across all of Slovakia remained stable and stood between €3.4 and €4.5 per square metre, although there was evidence that incentives have been increasing and tenants were signing shorter-term leases, the review reads.

ProLogis controlled 40 percent of the logistics property market in Slovakia in the second quarter of 2009. J&T with IIG followed in second, with 13 percent, and AIG Lincoln was third, with 11 percent. HB Reavis controlled 10 percent, Karimpol 7 percent and Pinnacle, now PointPark Properties, made up 5 percent of the market.