US politician weighs in on Slovak language law

LAST WEEK witnessed another protest against Slovakia’s State Language Law – but this time it was not in the form of a mass demonstration, such as the one which occurred on September 1 in Dunajská Streda. Instead it came in the form of a single man: respected US politician George Pataki. The former governor of New York, whose family hails from eastern Hungary, visited Slovakia in mid-October and made comments which have caused some upset to the Slovak government. 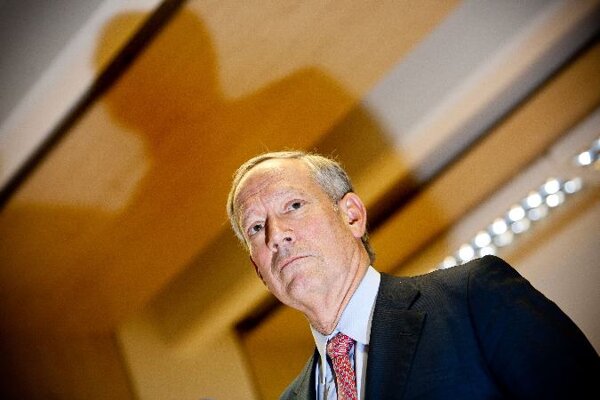 LAST WEEK witnessed another protest against Slovakia’s State Language Law – but this time it was not in the form of a mass demonstration, such as the one which occurred on September 1 in Dunajská Streda. Instead it came in the form of a single man: respected US politician George Pataki. The former governor of New York, whose family hails from eastern Hungary, visited Slovakia in mid-October and made comments which have caused some upset to the Slovak government.

Now an influential figure in the US Republican Party, Pataki paid a private visit to the leaders of the Hungarian Coalition Party (SMK) in Bratislava on October 12 and took the occasion to express critical views of the amended State Language Act, which has attracted consistent criticism from the Hungarian-speaking minority in Slovakia ever since it was passed by parliament in June.

“The amended Slovak language law creates danger for the Hungarian minority in Slovakia,” Pataki said, as quoted by the SITA newswire. He called the law “intolerable”, saying that it touches not only Slovakia or the Hungarian minority living in the country, but goes to the essence of human rights as such. Pataki explained he came to Slovakia unofficially, as a private person who is concerned about human rights.

“The United States will be very concerned if this language law doesn’t change,” SITA quoted Pataki as saying. He also said that the issue now should not be particular paragraphs of the act but rather the overall atmosphere the law has created.

The Slovak Ministry of Foreign Affairs did not comment on Pataki’s statements.

“The question of the language law and its trouble-free implementation is being solved in the standard European framework – with the experts of the High Commissioner of the Organisation for Security and Cooperation in Europe (OSCE) [Knut Vollebaek], who is internationally recognised as the highest authority for minority affairs,” Foreign Ministry spokesperson Peter Stano told The Slovak Spectator.

In regard to the State Language Act, Vollebaek wrote in his report and also stated later, during a visit in Bratislava in September, that the law was in accordance with international standards, but that the process of implementation would be crucial in order for it to remain so. The Slovak government is therefore preparing implementation guidelines and will not impose the sanctions introduced by the act for not using the state language in the required contexts until the guidelines are ready. This is expected to occur by the end of 2009.

Representatives of the Slovak government have rejected Pataki’s criticism, some of them suggesting that he has been misinformed about the law by SMK politicians.

Prime Minister Robert Fico, for instance, said he considers it unprofessional and politically incorrect for a US politician to comment on Slovakia’s legislation during a private visit, and that Pataki’s criticism is only based on the critical attitude to the law of the SMK’s leaders, the TASR newswire reported.

Political analyst Grigorij Mesežnikov believes that the fact that a US politician commented on the law only illustrates that the amendment was unnecessary and that is harming Slovakia’s image abroad.

“The representatives of the current government don’t realise that these very unfortunate steps can bring negative effects for the country,” Mesežnikov told The Slovak Spectator.

“Not all of Pataki’s statements have been formulated with a knowledge of the situation around the language law, but we cannot doubt the legitimacy of his statements and his right to express his opinion on what is happening in Slovakia,” Mesežnikov said. “Pataki is an important American politician and the USA is our ally, we are together in NATO, and it’s a democratic country which honours the same values as Slovakia, so any attempts to doubt Pataki’s right to give statements on these issues are inappropriate.”

Pataki did not say whether the US Congress would also address the Slovak language act. According to Mesežnikov, the US Congress deals with significant events or problems of other countries, but despite the fact that the Slovak Language Act represents a sore spot in relations it is not so bad that it will provoke negative official statements from the USA.

“I don’t believe we are in a situation that would make the US Congress react in this way, but the fact is that the amendment is very unfortunate and from the very beginning it carried the risk that the government would not be able to defend the law,” Mesežnikov said.

Fico said in his reaction that the government “has always managed to defend the law in international forums and there is no need to change any of its provisions,” the TASR newswire reported.

The visit by Pataki was not the only initiative by the SMK that provoked anger from ruling coalition circles. SMK leaders have invited the leader of Hungary’s Fidesz opposition party, Viktor Orbán, to the party’s congress on October 17, SITA reported.

“He will participate in the congress as the deputy chairman of the European People's Party (EPP) which groups deputies from the SMK and Fidesz in the European Parliament,” an SMK spokesperson told SITA.

Orbán is known for his controversial statements. He most recently outraged the Slovak government and parts of the opposition in the run-up to this year’s European Parliament elections when he stated that the election would decide how many deputies in Brussels would represent Hungarians living in the Carpathian Basin.

Mesežnikov commented on the invitation to Orbán by saying that there is a certain degree of provocation in it, but the fact is that Fidesz and SMK are political partners, and both members of the EPP, and there is no reason why Orbán should not attend their congress.