HEALTH inequalities and the economic, social and cultural factors that cause and influence them have been one of the primary concerns of the World Health Organisation (WHO) for several years. In an attempt to marshal more evidence on what can be done to promote greater health equity, the WHO set up a Commission on the Social Determinants of Health (CSDH) in 2005. Last year, the Commission published its report in which the authors set out a rather ambitious plan to close the gaps in the quality of health over the course of one generation. 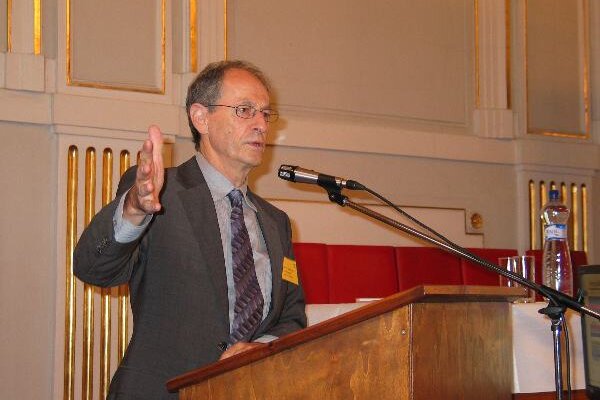 HEALTH inequalities and the economic, social and cultural factors that cause and influence them have been one of the primary concerns of the World Health Organisation (WHO) for several years. In an attempt to marshal more evidence on what can be done to promote greater health equity, the WHO set up a Commission on the Social Determinants of Health (CSDH) in 2005. Last year, the Commission published its report in which the authors set out a rather ambitious plan to close the gaps in the quality of health over the course of one generation.

Marmot came to Slovakia to speak to policy-makers and public health experts from 11 countries of central and eastern Europe at a conference focused on analysing the social determinants of health and health inequities. The conference was hosted by the Košice Institute of Health and Society, a centre of excellence at the Pavol Jozef Šafárik University. The Slovak Spectator spoke to Marmot about his views on health inequities and how the global economic downturn might affect needed investments to improve health.

TSS: In its report, the CSDH hopes to close the gap in health outcomes in the lifespan of one generation. That sounds rather ambitious, especially in the light of the global economic downturn.

The CSDH has issued a statement that if there were the political will and social commitment, we could make a huge impact on health inequities in one generation. Then the question is: will governments and multinational organisations make that commitment?

If you ask me whether people are making it happen on the scale that it needs to be done, the answer is clearly not yet. But are there signs that governments and others are picking up this agenda? The answer is yes; governments are sending encouraging signs that people have started taking it seriously.

Then the question is what about this recession? Let me give you one example of how to put things into perspective. We said in the CSDH report that there are one billion people in the world living in slums and that it would cost $100 billion to upgrade the slums. Was that really a stupid thing to say? Well, at last count we’ve spent about $9 trillion in saving banks, the banking system. So for one ninetieth of the money we’ve spent saving the banking system every urban dweller could have clean running water. So then you ask, well, with the economic downturn, could we really do these things? And I would say we cannot afford to not do them. It’s a matter of how we want to use our money. And I think that the fact that there has been an economic downturn ought to push us to think how to do things differently.

TSS: Why do you think so?

Because when we look at what the economic downturn will do, it will so much more affect the people who are already relatively poor and disadvantaged. It won’t be the people in professional jobs who lose employment; it will be unskilled people, those with low pay who are already vulnerable who will lose their jobs. So it’s even more important to be investing in education, in skills development. Because it’s not only today that we need to invest or determine how we’re going to mitigate the downturn. We should make it more urgent to realise that we’ve got to invest for the future as well. So the next time – because there will be a next time – that there is an economic downturn, the young people who are emerging from these courses will have skills, will have proper education, will be able to find work; because it’s the relatively unskilled and those with low education who are most affected now by the downturn.

TSS: The general assumption people tend to make is that poverty equals poor health. But the CSDH doesn’t see it as that simple. So what other determinants affect health and cause health inequities?

The first thing that we have to realise is that if we think globally the World Bank defines poverty as living on less than $1.25 a day. People in Europe aren’t poor by that definition. And yet in parts of Europe, sometimes in whole countries like Russia, or in parts of other countries, more people have poorer health and shorter life expectancy than people in many low-income countries. So we need to think about poverty in a different way because in terms of income even the poorest people in our northern societies are rich compared with India or Sub-Saharan Africa, or even the poorer parts of Latin America. So we have to think about poverty in a different way.

Secondly, all the data that I presented show that it’s not just the those living in poverty that have poor health and that everybody else is okay; rather it is a social gradient, it’s degrees of poverty or deprivation. People in the middle have worse health than those at the top, but better health than those below them. It goes all the way from top to bottom. So if we focus only on poverty, on lack of food, lack of shelter, lack of clean water, then we miss the whole story here in Europe. Because it’s not that sort of problem; it’s actually failing to be able to take your place in society because of a lack of education, for example, or having little control over your life, having to eat low-cost, maybe less-healthy food, having few opportunities to exercise and little access to green space. All of those things matter and influence where you are in the social hierarchy.

TSS: You’ve been researching health inequities for over 30 years now. Has awareness by the public and policy-makers changed over this time? Have you seen any progress?

Yes, I think we have. I don’t know how much success we’ve had in public awareness and that’s something that really needs attention, it requires people who know how to communicate well with the public. But certainly the understanding of policy-makers in many countries really has changed. For example, I’m doing a review in Britain on health inequalities commissioned by the government. I’ve said from the very beginning that there is the social gradient; it’s not just the poor health of the worst-off. And that’s been commissioned by British policy-makers. And everybody in Britain who has any familiarity with the policy issues around health knows about these factors. So I think things have improved, and that’s important, because knowledge, I would argue, is key; knowledge is crucial. We’re not arguing from some sort of political prejudice. This is not a matter of party politics. It is knowledge and understanding of what the evidence is, and it’s crucial.

TSS: Is there a big difference in this regard between the UK and other western countries and countries of central and eastern Europe?

I think we all need to work on raising awareness, whether it’s east, west, north or south. But I’m quite encouraged about what I’ve been hearing about several countries in this region of Europe which are trying to take action. Just in the last two months I’ve been in Estonia, Lithuania, Croatia, and now here. The fact that I’ve been to these countries – that somebody wanted me to come – is already a statement that the issue is on somebody’s agenda. But I think we all need to work harder.