CONSUMER prices in Slovakia had one of their calmest months ever in September when core inflation was reported to be only only 0.6 percent year-on-year. The autumn months should keep price increases tamed but market watchers say November might bring an end in the slowdown in the growth of consumer prices. The rate of inflation already hit one record in August when its growth was measured as only 1.3 percent year-on-year. 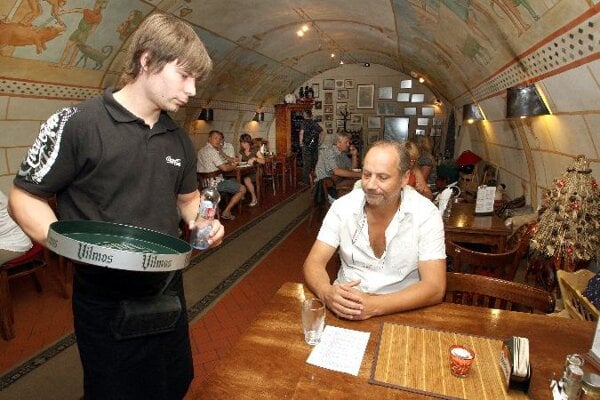 CONSUMER prices in Slovakia had one of their calmest months ever in September when core inflation was reported to be only only 0.6 percent year-on-year. The autumn months should keep price increases tamed but market watchers say November might bring an end in the slowdown in the growth of consumer prices. The rate of inflation already hit one record in August when its growth was measured as only 1.3 percent year-on-year.

Though many market watchers had expected a slow growth in prices, the September data took some by surprise as they had expected the inflation rate to stand at 0.9 percent year-on-year for the month, according to Ľubomír Koršňák, an analyst with the UniCredit Bank.

“As far as the outlook for October is concerned, we expect a slowdown of the consumer price index (CPI) to 0.4 percent year-on-year, mainly due to the fading impact of the comparison basis effect,” Martin Lenko, senior analyst with VÚB Bank, told The Slovak Spectator. “In month-on-month terms the CPI index should grow by only 0.2 percent. At the same time, October and November should be the months when we expect the end of the recent slowdown in the growth of consumer prices.”

Lenko is predicting that the inflation rate should climb back to about 1 percent year-on-year during the first quarter of next year.

Koršňák thinks along similar lines, suggesting that the year-on-year inflation rate should bottom out in October or November at 0.5 percent.

“In December, under the influence of the lower comparison basis we expect a mild acceleration of inflation to 0.8 percent,” Koršňák wrote.

As to the factors that would most significantly impact the development of inflation, Lenko said that it will be the fading impact of the comparison basis effect.

“In September 2008, the increase in the CPI reached 4.5 percent year-on-year, which was a four-year maximum, creating a high basis for comparisons this year,” he added. “In early 2010, changes in the regulated energy prices might also mix up the cards.”

According to Lenko, it is the moderation in prices of food products and energy which is behind the overall slowdown of inflation in Slovakia, a trend similar for inflation across the European Union.

Prices of alcoholic beverages and tobacco products increased the most in September, up 8.2 percent year-on-year while prices in the health sector jumped by 7.1 percent and prices in the education sector climbed by 5.4 percent. Also, prices of housing, electricity, supplies of natural gas and water advanced by 5.2 percent year-on-year and prices in hotels and restaurants moved up by 2.8 percent, according to Slovakia’s Statistics Office.

Lenko said the price increases for educational services reflect seasonal factors attributed to the beginning of the school year when fees for certain language courses and art classes are collected.

“In health care, the high year-on-year growth is caused by the gradual growth of prices of medications and, in the recent past, dental services also recorded fast growth,” Lenko said.


Transportation prices decreased the most in September, recording a 6.9 percent year-on-year drop while prices of food and soft beverages dropped by 5.1 percent.

“In the area of transportation and food, it is partly the basis effect but inflation was also influenced by a decline in car prices and a seasonal drop in the prices of vegetables and fruit,” Lenko added.

Consumer prices remained unchanged between August and September. In addition, as measured by the harmonized index of consumer prices (HICP) there has not been a year-on-year change in prices in Slovakia and, essentially, the current rate of inflation is zero, the Statistics Office said on October 15.

The Finance Ministry also reported in mid-October that the switch to the euro on January 1, 2009 had very little impact on inflation. The changeover increased the inflation rate only by 0.18 percentage points, according to the Finance Ministry’s Institute of Financial Policies.

The Finance Ministry’s institute stressed that Slovakia’s entry to the eurozone was accompanied by a rapid drop in domestic and foreign demand and these factors probably considerably weakened the effect of the overall changeover on inflation, the SITA newswire wrote.