COMPETITION in the Slovak mobile telephone market remains vigorous. Two mobile operators, Orange Slovensko and T-Mobile Slovensko, continue to dominate the market and the smallest and newest operator, Telefónica O2 Slovakia is endeavouring to slice as big as possible piece from the overall cake by advocating more regulation in certain areas. 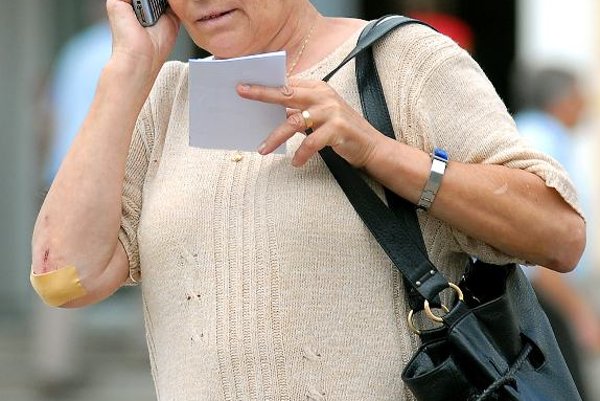 COMPETITION in the Slovak mobile telephone market remains vigorous. Two mobile operators, Orange Slovensko and T-Mobile Slovensko, continue to dominate the market and the smallest and newest operator, Telefónica O2 Slovakia is endeavouring to slice as big as possible piece from the overall cake by advocating more regulation in certain areas.

“Regulation of the market is not needed when there are no barriers for healthy competition,” René Parák, spokesperson of Telefónica O2 Slovakia told The Slovak Spectator. “But it is necessary if such barriers exist and the free market is not effective. In regards to the themes we have recently initiated, for example call termination rates, it is a fact that Slovakia is significantly lagging behind other countries of the European Union. We are asking for nothing more than the European standard of regulation in Slovakia; clear rules of the game and fair conditions for all market players,” said Parák.

The biggest mobile operator in Slovakia, Orange Slovensko, perceives further regulation as an unhealthy measure and thinks that any effort towards additional regulation is unprecedented interference in the market.

“We are convinced that any regulation deforms the market in a significant way and endangers a healthy competitive environment,” Richard Fides of Orange Slovensko said in response to regulatory measures recently adopted by the European Commission and Slovakia’s Telecommunications Office (TÚ). “Without any regulation we reduced prices of data roaming by over 80 percent and in 2008 alone the price for a call decreased by almost 12 percent under the influence of competition.”

This country’s telecommunications market regulator, the Telecommunications Office of the Slovak Republic, has required all three Slovak mobile operators to apply cost-based call termination rates, the rates paid by mobile companies to each other when their customers call from one network to another one. The rulings were issued in September but have not yet taken effect and the operators can still appeal them. The regulator also ruled that all three mobile operators were significant operators in the market.

On July 31 the regulator had issued a preliminary decision capping the termination rates. Beginning August 1, Orange Slovensko and T-Mobile Slovensko could charge Telefónica O2 Slovakia only up to €0.0792 per minute while Telefónica O2 Slovakia could charge its competitors up to €0.0925 per minute. The maximum termination rate charged by Orange and T-Mobile to each other was set at €0.083 per minute.

“The reason for the asymmetry of €0.0133 per minute to the benefit of Telefónica O2 Slovakia is because of its later arrival in the Slovak market and hence its smaller market share,” Roman Vavro, the spokesperson for the Telecommunications Office told The Slovak Spectator. He cited an EC recommendation on the Regulatory Treatment of Fixed and Mobile Termination Rates dated May 7, 2009, as authorising asymmetry as an acceptable manner of favouring a new market entry for a limited time period.

The regulator hopes its regulatory action, along with effective competition in the mobile telephone market, will further decrease inter-company termination rates.

Telefónica O2 Slovakia is the newest mobile operator, having entered the Slovak market in 2006. At the end of June 2009 it had 417,000 customers, and according to the SITA newswire, Telefónica O2 welcomed the capping of termination rates by the regulatory office.

According to Parák, asymmetrical pricing is a standard tool of regulation which has been used in most EU member states. This was the first case in which the TÚ expressed its opinion as to what asymmetry is adequate based on the conditions of the Slovak market, he said. O2 assumes that this will be only a preliminary solution and that the TÚ will soon issue a more permanent method for calculation of rates, a cost-based model, which will permit calculation of maximum termination rates for individual operators over a forthcoming time period.

“In a market with dominant players the asymmetric model will help to develop a more competitive environment, from which customers profit the most,” said Parák. “Our priority is cost-oriented termination rates, also in this case of asymmetry.”

Orange Slovensko, the largest mobile operator in Slovakia with about 2.9 million customers, had expected such a decision but points out that this has occurred two and half of years after O2 started providing services in Slovakia.

“We appreciate the fact that the Telecommunications Office evaluated conditions in the Slovak electronic communications market as being equal,” said Fides. “On this basis all mobile operators should be regulated equally. We firmly believe that the office will consistently convey this into an early removal of any enduring anomalies in interconnection rates between mobile networks.”

T-Mobile Slovensko, number two on the Slovak market with about 2.3 million clients, does not think the capping of rates was necessary at all.

“After reviewing the ruling we still hold the opinion that such a provision is not necessary because the declared goals could be reached not only through cost-demanding regulation but also through voluntary and optimal reduction of termination rates,” said Gargulár. “T-Mobile has continually supported such voluntary and optimal reduction. A decision about our next steps has not been made.”

New rules for telephone number portability took effect on September 1. The Telecommunication Office reduced the time period for telecom operators to transfer a customer’s telephone number to another operator to a maximum of five working days, as it is the average in the EU. This measure is of the greatest importance to Telefónica O2 Slovakia. As the most recent and smallest operator in Slovakia, the company has limited space from which to recruit totally new customers.

“As the youngest mobile operator in Slovakia, Telefónica O2 Slovakia has an eminent interest in fast portability of a person’s phone number,” said Parák of O2. “Cutting the maximum period to five working days is a victory for Slovak customers as well as for O2. The trend in Europe is to further reduce the time for the transfer of a telephone number to just hours and we should adopt this trend also in Slovakia.

The shorter period for these transfers has increased the number of customers who have taken advantage of switching operators. In September, a total of 9,197 customers switched to O2 and were able to keep their numbers, according to Parák. Of these, 4,942 arrived from Orange Slovensko and 6,828 from T-Mobile Slovensko. This was a 74 percent increase compared to August, when O2 registered 5,280 number transfers. During the entire nine months of 2009, 54,400 customers switched to O2.

Parák said reducing the maximum time for the transfer of a phone number is a step forward to meeting the needs of mobile customers.

The two bigger operators, Orange Slovensko and T-Mobile Slovensko, have accepted the new regulation and are fulfilling it but do not see it as a decisive factor in Slovakia’s mobile market.

“It is showing that transfer of one’s number is not a decisive factor for movement of customers between operators,” said Richard Fides. “Customers change their operator because of different reasons. Primarily, it is the offer and phones, price, and satisfaction with services. Since we see relatively low importance of mobile number portability within migrations, we do not expect that the reduction in this time period will significantly increase the migration of customers between operators.”

Before implementation of this regulation T-Mobile Slovensko expected only low interest and Gargulár sees the current number of switchers as confirming this trend.

“Since 2006 only about 41,000 of our customers switched to another operator while keeping their telephone number,” said Gargulár. “On the other side, about 10,000 customers have come to us and kept their numbers.”

The latest regulatory change, according to Gargulár, has not affected the customer base of T-Mobile Slovakia, remaining stable at about 2.3 million.

Along with cutting the maximum time for the transfer of a telephone number, the Telecommunications Office also recommended that mobile operators should not directly charge for services related to moving a customer’s number. If operators do apply any charges they should not exceed the EU average of €4, the SITA newswire wrote. The new regulation also introduced a requirement for mobile operators to announce the switch to another operator through a standard announcement when calls are made to that number.