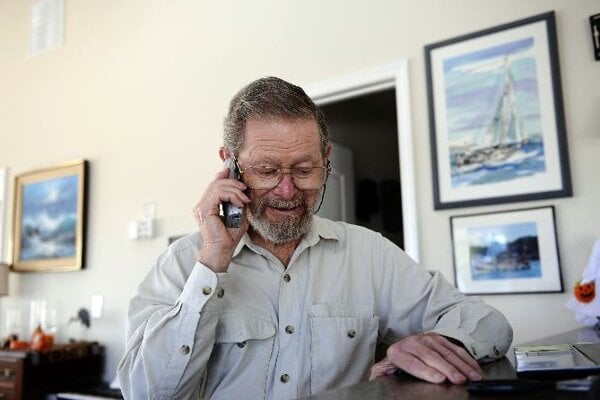 Slovakia, a first time entrant in the top ten, landed in ninth place, replacing Italy which fell from the list. Larger countries like France, Germany and the UK have not yet broken into the list. The penetration rate in Slovakia was at 2.5 percent in June, the same as in the Netherlands. Sweden tops the ranking at 10.9 percent.

The ranking, which is part of FTTH’s Market Panorama study, shows the percentage of homes and businesses that receive broadband communication services over direct optic connections to their homes via fibre-to-the-home (FTTH) or to commercial buildings via fibre-to-the-building (FTTB).

According to these criteria, Slovakia had 54,000 subscriptions to FTTH or FTTB connections in June 2009.

“We are pleased that Slovakia is in the top countries in the penetration of optical networks,” Richard Fides, Orange Slovensko spokesperson told The Slovak Spectator, noting that he does not see the share of customers using optical networks as low at all. “This is new technology and we expect its more significant arrival only along with more growth in the demand from users for more bandwidth,” he said. “Thanks to current building of the optical network, we will be prepared for this situation.”

“One of them is that optical networks in Slovakia have been built only recently over a short period of time and many customers have not yet had enough time to respond to the new technologies and services yet,” Janka Burdová, spokesperson of Slovak Telekom told The Slovak Spectator. “T-Com has covered over 240,000 households with the optical network during less than two years.”

Slovanet also perceives the figures as sound and the sale of services on the optical infrastructure to be reflective of the current situation in Slovakia.

“Moreover, many optical networks are overlapping in Slovakia and thus customers can select from more than one operator in some localities and they naturally use services from only one,” Slavomír Benko, PR manager of Slovanet, told The Slovak Spectator.

In some localities new optical networks have been operational for only the last few months and it takes a certain time before customers switch either because they are currently using a different technology for their internet services or they are bound by contracts with a certain service provider for a fixed period of time, Benko said.

Operators expect that use of optical networks will increase sharply in Slovakia. They say the demand for more sophisticated services can be felt as customers in Slovakia have become very demanding and want to have modern technologies and services.

“Nowadays, the usage of the internet differs significantly from the way it was used in the recent past,” Benko said. “A few years ago it served households mostly for communication via e-mails or chats and for an occasional search for information.”

Now, Benko said, people want to watch videos in HD quality, upload films or music, or watch TV on the internet and these require high-capacity connections. But construction of optical networks is financially demanding and it presently pays off only in localities with a sufficient number of potential customers, according to Benko of Slovanet.

Slovak Telekom sees investment in optical networks as an investment for the future when services can be offered which are not even known yet.

“It happened exactly this way with metallic cables,” said Burdová, adding that the lines were laid decades ago to serve telephone calls. “Today people can surf on the internet and watch TV via them, things that the people who approved this investment did not even dream about.”

The operators believe that further development of services provided via the internet and more and more content will stimulate bigger demand for connections to optical networks.

“We see as an important motivation for citizens the possibility to communicate via the internet with state offices, the so-called e-Government,” said Burdová. “Electronic communications will simplify, speed up and make more inexpensive dealing with official issues. For existing internet users the possibility to surf sites with multimedia content with more comfort is a motivation to switch to an optical network. Users of ‘optics’ can also enjoy all the advantages of Magio digital TV, for example by watching TV programmes in HD quality on more television sets.”

Július Šiška, manager of the Information Security Services department at KPMG in Slovakia sees two aspects of the investment into optical networks.

“One is the backbone networks of large-capacity providers of broadband internet and the second is the so-called ‘last mile’ leading to households built in the form of optical connections,” Šiška told The Slovak Spectator.

An extensive backbone network exists in Slovakia, owned by various companies including T-Com, Orange, ŽSR, and Energotel, according to Šiška.

Development of optical networks is expensive but they are likely to grow alongside the arrival of new mobile technologies. These may include LTE (Long Term Evolution), which is the last step toward the 4th generation (4G) of radio technologies designed to increase the capacity and speed of mobile telephone networks. This technology will enable a fast connection for customers of mobile operators, where a highly permeable optical network is a necessary precondition for data flows between base stations for mobile coverage and provision of e-Government services to the population at central points. Šiška said funds from the European Union might be available for such a purpose.

“In the case of construction of the ‘last mile’ it is necessary to condition building of the network on sufficient demand and the economic effectiveness of such an investment,” said Šiška.

The overall penetration of broadband internet in Slovakia is 9.6 percent, compared with the EU average of 21.7 percent, according to a survey by the European Commission’s COCOM undertaken in July 2008. These include not only optical networks but also other network technologies with speeds exceeding 144 Kbit/s.

Optical networks are valuable for services such as digital television (in HD or standard quality), high-speed data transfers, and video services (for example video-doctor or video-dialogues) and similar new offerings for consumers.

But providers must develop these types of services in advance and make them attractive so that people decide it is worth paying for high speed optical connections.

“It is possible to expect a commercial demand in densely populated areas, especially in towns where an investment for a short stretch leads to connection of several households in one block of apartments,” said Šiška.

Most rural areas fall into the category of so-called ‘white places’ without any access to broadband internet. In these localities a return on investment for last-mile connections is expected only after the number of customers exceeds 600, but this may depend on the price of the service, according to Šiška, adding that even then a return on investment ranges between 15 and 20 years and that is possible only for large operators. Or he said there is a need for assistance in the form of financial contributions from EU funds.