NATO’s operations in Afghanistan – which continue to attract a chorus of critical voices from across the alliance’s member states, some of them calling for the withdrawal of allied troops from the country – and the recently changed missile defence plans of the United States topped the agenda of the informal meeting of NATO defence ministers held in Bratislava on October 22 and 23. 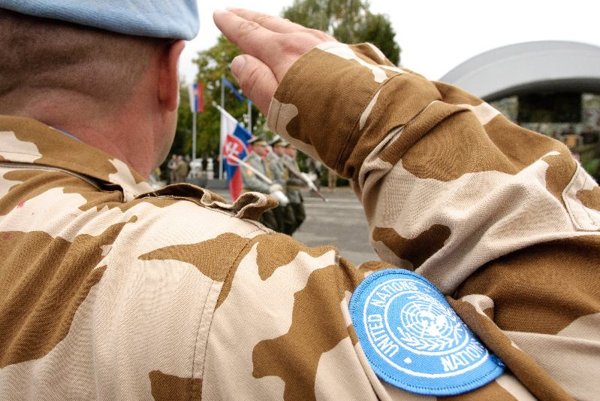 NATO’s operations in Afghanistan – which continue to attract a chorus of critical voices from across the alliance’s member states, some of them calling for the withdrawal of allied troops from the country – and the recently changed missile defence plans of the United States topped the agenda of the informal meeting of NATO defence ministers held in Bratislava on October 22 and 23.

“I want to say very clearly and unambiguously that the cost of inaction would be far higher,” NATO Secretary General Anders Fogh Rasmussen said as he addressed the subject of Afghanistan in his speech at a conference, New Challenges, Better Capabilities, which accompanied the meeting. It was one of the first key speeches he has given since assuming his position in August 2009. “Leaving Afghanistan behind would once again turn the country into a training ground for al-Qaeda. The pressure on nuclear-armed Pakistan would be tremendous. Instability would spread throughout central Asia and it would only be a matter of time until we in Europe would feel the consequences of all this.”

The subject of Afghanistan also resonated in Rasmussen’s talks with the Slovak prime minister, Robert Fico.

Fico announced that he is planning to visit the Slovak soldiers in Afghanistan by the end of this year.

According to Rastislav Káčer, the president of the non-governmental Slovak Atlantic Commission, Afghanistan was expected to be discussed at the meeting from a more practical viewpoint, given the fact that the meeting gathered defence ministers who don’t deal with the primary issues of foreign policy strategy but rather with the practical impact of such strategies, such as how it should be financed, how the units should be placed and how the member states should share the costs, both physical and financial.

Another question raised by all the member states, especially those in central Europe, towards the US is the changes in America’s missile defence strategy. Despite the fact that it was the Czech Republic and Poland that were supposed to be directly involved in the original plans, Slovakia was not left unaffected by the changes.

Róbert Ondrejcsák, executive director of the Centre for European and North Atlantic Affairs (CENAA), told The Slovak Spectator that the changes in the American plans are significant for Slovakia because the country is a NATO member and the United States is the most important member of the alliance.


At his meeting with Rasmussen the Slovak prime minister stressed his approval of the US decision not to place parts of its anti-missile defence system in Slovakia’s neighbours and repeated his position on the system: “As long as I am prime minister, I will never agree to place any elements of the anti-missile defence in Slovakia,” Fico said, as quoted by the SITA newswire.

Rasmussen expressed his support for the new strategy, praising the fact that President Obama’s plan counts on the participation of all interested NATO members and that it will protect them all, SITA reported.

US Assistant Secretary of Defence Alexander Vershbow presented the American viewpoint on the issue at the New Challenges, Better Capabilities conference in Bratislava.

He stressed that missile defence should become an inclusive NATO project. He called on member states to contribute to it with their active participation – he said that part of the system will be placed in two or three of them – and added they should be ready to support the system financially.

“It’s a political principle of burden-sharing,” Vershbow said, adding that if NATO agreed to pursue the project, it would be collectively funded from the alliance’s assets.