Ever more Slovaks return - some with new skills

THE ADMISSION of Slovakia into the European Union a few years ago opened doors for Slovaks eager to work abroad either to earn better salaries than at home or to gain new job skills. The Czech Republic has traditionally been a popular working destination for Slovaks because there is no language barrier but other favourite destinations have been Great Britain and Ireland. But the global economic crisis has brought many Slovaks home and September figures show that migration back to Slovakia is continuing at a high pace. 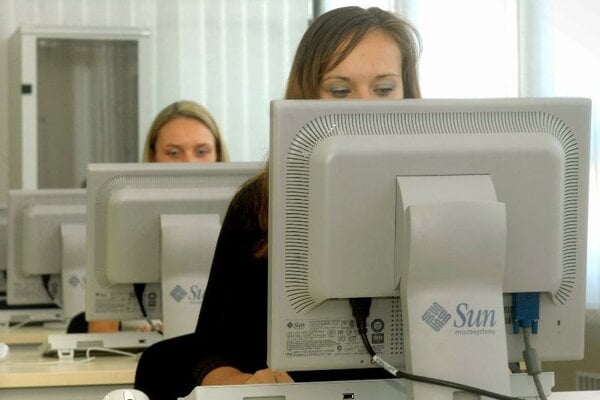 THE ADMISSION of Slovakia into the European Union a few years ago opened doors for Slovaks eager to work abroad either to earn better salaries than at home or to gain new job skills. The Czech Republic has traditionally been a popular working destination for Slovaks because there is no language barrier but other favourite destinations have been Great Britain and Ireland. But the global economic crisis has brought many Slovaks home and September figures show that migration back to Slovakia is continuing at a high pace.

“Again, the biggest number returned from the Czech Republic, 307 workers,” Vladimír Hašto the head of information and statistics at the Labour, Social Affairs and Family Office (ÚPSVAR) announced on October 20. Slovaks who named Great Britain as the location of their last employment when registering at one of Slovakia’s employment offices numbered 145. In September, 74 Slovaks returned from Hungary, 59 from Germany and 35 from Ireland. Altogether, 800 Slovaks who had been working in other EU countries returned during September.

The Slovak Statistics Office put the number of Slovaks working abroad at 124,600 in the second quarter of 2009, accounting for 5.2 percent of the total Slovak workforce. The number of Slovaks working abroad in that quarter decreased by 40,800 (24.7 percent) compared with the second quarter of 2008. The largest number had returned from the Czech Republic, with 22,300 persons coming home, but another 6,400 also had repatriated from Great Britain. More than half of those returning had jobs in construction (31.4 percent) or in manufacturing (27.3 percent). Almost half were from Prešov and Nitra regions (45.2 percent) with Prešov Region having the highest number of returning persons (16,200).

Profesia, the largest job portal in Slovakia, confirmed that the highest number of Slovaks returning from abroad came from Great Britain and the Czech Republic, but according to its information, these employees mostly worked at lower-level positions.

“Whether their foreign working experience will help them to establish themselves on the Slovak labour market depends on what work they did and in what sector,” Lucia Burianová from Profesia told The Slovak Spectator.

“If they had manual work or low-qualification positions, there is little chance that their foreign work experience will bring them an advantage when searching for a job in Slovakia. But on the contrary, if they worked in highly-qualified or specialised positions they will in all probability be able to use their acquired experiences in Slovakia.”

The IT sector reacts very sensitively to changing macroeconomic conditions to which its labour market is closely connected.

“The very-often discussed lack of employees in the IT sector has now been transformed into a clear lack of a highly-qualified and experienced labour force,” Silvia Szökeová from the IT Association of Slovakia (ITAS) told The Slovak Spectator. “Companies are trying to motivate and keep their ‘talents’. Interest from the side of job seekers has not decreased, but its quality structure has changed.”

Interest in working positions in Slovakia from IT-savvy Slovaks currently living and working abroad is currently higher than two years ago, according to Szökeová.

“The fact that experienced and highly qualified programmers and people with experience in managing projects have started to return to Slovakia is worth mentioning,” said Szökeová. “Our member companies are registering an interest by these candidates in jobs here and working on our projects.”

Foreign experience in the IT sector is usually an advantage, according to Szökeová, and such candidates often have high added-value and can strengthen work teams with new experiences, but this is not always the case.

“In Slovakia there are a lot of skilful people but in comparison with candidates from abroad they cannot ‘sell themselves’ well,” Szökeová said.

A nation of migrants

Slovaks are accustomed to migrating for work. In past centuries some went overseas in search of work to provide for their families. After the fall of the Iron Curtain and as EU countries gradually opened their labour markets to citizens from other nations, many Slovaks took the chance and migrated.

Boris Divinský, an expert on foreign migration, told The Slovak Spectator in an earlier interview that he estimated the number of Slovaks working abroad to be between 220,000 and 240,000. But since the economic crisis began at the end of 2008 the trend in working abroad has significantly diminished.

According to Divinský, Slovaks migrate abroad for work or study, impacting Slovak society in several ways, both positively and negatively. Migration has significant demographic consequences particularly when the younger generation is leaving the country and the economic impacts of migration have two facets.

“Until recently, intensive migration helped to effectively solve the disproportion between demand and supply in the labour market that led to high unemployment,” Divinský told The Slovak Spectator.

This gradually resulted in a lack of qualified, as well as less-qualified, labour in some economic sectors in Slovakia, for instance in 2007 when the share of Slovaks working abroad accounted for about 10 percent of the domestic workforce.

“This fact must necessarily reflect on the overall level of education of the remaining population and in the long run also on the general socio-economic development of the country,” said Divinský.

On the opposite side, remittances, money earned by Slovaks abroad and sent back home to Slovakia, have had an increasingly positive impact on Slovakia’s economy. Divinský estimates that in 2006 remittances amounted to over €1 billion, or 2 percent of GDP and he said in this way Slovaks working abroad contribute towards improving the country’s social situation. The higher salaries increase the standards of living of Slovaks living abroad as well as their families in Slovakia since each expatriate sent home an average of €5,000 in 2006.

Divinský pointed out that there are other benefits from migration for work which cannot be financially quantified, listing improvements in language proficiency, experiencing other cultures and environments and acquiring new knowledge.

“When these people return to Slovakia, they bring know-how, new knowledge, useful experiences, and tolerance in opinions as well as social contacts,”Divinský said.