THE CRISIS has boosted the amount of attention that Slovakia’s National Labour Inspectorate is paying to detecting illegal workers and illegal employment practices in Slovakia. The inspectorate has intensified its checks and it has turned up more instances of violations of the law by both employees and employers. 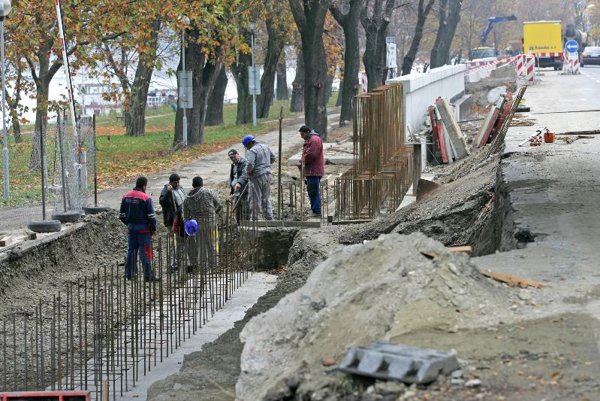 THE CRISIS has boosted the amount of attention that Slovakia’s National Labour Inspectorate is paying to detecting illegal workers and illegal employment practices in Slovakia. The inspectorate has intensified its checks and it has turned up more instances of violations of the law by both employees and employers.

“Labour inspectors uncovered 555 illegally employed workers during the first half of 2009 during their checks of 10,816 people at workplaces,” Slavěna Vorobelová from the National Labour Inspectorate told The Slovak Spectator. “Of these, 246 were women, 4 were juveniles and 8 were foreigners, mostly Ukrainians.”

Labour inspectorates, labour offices and tax offices as well as the Slovak police corps carried out a total of 18,890 checks for violations of employment laws during the first six months of 2009 and together they uncovered 1,016 cases in which a law was violated. The offices imposed 754 fines totalling over €129,400.

“When comparing the first half of 2009 with the same period of last year, the activities of state bodies in this field were increased, and that is reflected in more inspections, more workers checked as well as more cases of illegal labour uncovered and more fines imposed,” said Vorobelová.

The most common violation by employers, in 453 instances, was the failure to meet their referring obligation to the social security provider Sociálna Poisťovňa, indicating that they may not have paid compulsory social insurance premiums for their employees.

In another 93 cases employers had not provided their employees with an employment contract.