STATE institutions are continuing to work state procurement rules to favour the Doxx company of Žilina, home town of governing coalition party leader Ján Slota. Most recently it was the turn of Slovak Rail (ŽSR), which is under the influence of appointees of Slota’s Slovak National Party. 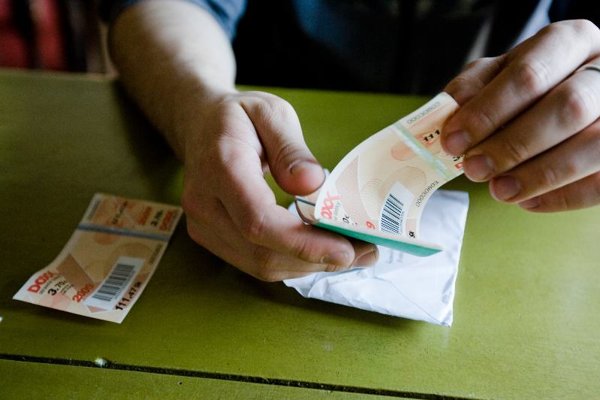 STATE institutions are continuing to work state procurement rules to favour the Doxx company of Žilina, home town of governing coalition party leader Ján Slota. Most recently it was the turn of Slovak Rail (ŽSR), which is under the influence of appointees of Slota’s Slovak National Party.

In a September tender worth €30 million, ŽSR tossed out two competing bids from Cheque Dejeuner and Vaša Stravovacia, leaving Doxx alone in the contest to supply food vouchers to the railways’ 17,000 employees. Doxx has not yet been declared the winner because Cheque Dejeuner has appealed its expulsion to the Public Procurement Office, Slovakia’s tender authority.

Since the government of Prime Minister Fico took power in 2006, Doxx has provided its services to various state institutions under the control of Slota’s Slovak National Party, including Slovak Post, the Customs Bureau, and the Ministries of Environment, Education and Construction.

Petrík learned the official reason his company’s bid had been rejected in a letter dated September 11 from ŽSR procurement director Milan Mikluš. On a list of restaurants and canteens where its food vouchers could be used by railway employees, the firm allegedly submitted a few vendors that were closed or had moved. In doing so ŽSR said they violated the terms for participating in the tender.

“We agreed that in the case of some locations, you did not provide sufficient proof that these businesses were operational at the time we audited your list,” Mikluš wrote.

The same fate awaited Vaša Stravovacia. “It was deliberate, and we feel discriminated against,” said the firm’s director, Libor Daněk.

Both bids were eliminated from the tender despite the fact that they offered the same or better financial terms than Doxx. Doxx and Vaša Stravovacia offered to sell ŽSR each ticket for €3 – their face value – while Le Cheque Dejeuner bid €2.9991. The others terms of the bids were identical.

“We were prepared to take a loss just to get the contract. But even though there is a financial crisis and the state has to save money, they still chose the more expensive bid,” Petrík said.

Doxx owner Milan Šmehýl refused to comment on the tender, while CEO Pavol Jandzík was away on business. “We’re just one of the bidders, I see no reason to comment,” said Ivan Mlynarčík, the company’s sales director.

ŽSR has used the criterion of the number of functional canteens where food vouchers can be used to reject bids in the past. In an earlier round of the same tender, the railway firm announced it would “audit three randomly chosen canteens in each region” to verify whether each bidder met the tender participation criteria. The original tender documentation, however, said nothing about such an audit.

“We knew that their aim was to find formal mistakes in our bid while the audit would find nothing wrong with the Doxx bid,” Petrík said in explaining his decision to challenge the decision. The Public Procurement Office cancelled the tender held in January 2009 “because these conditions allow ŽSR to favour one of the bidders,” wrote the office’s Emília Miháliková, adding that “[ŽSR] in this way violated the principle of transparency and equal treatment.”

In the replacement tender, called in May, the audit rules were written from the outset into the terms of participation. Bidders were required to list a precise number of functional canteens in each region – 130 in Bratislava, 60 in Trnava, etc. – where the vouchers could be used.

Given that Cheque Dejeuner has over 18,000 canteens under contract nationwide, making it difficult to keeps tabs on each one, they provided ŽSR with the numbers required, as well as a few more on each list, in case one or two restaurants turned out to have moved or closed.

The ŽSR tender commission, however, informed Petrík that it had doubts about 26 canteens that were on the list. Cheque Dejeuner’s explanations and evidence was accepted in 17 cases, but ŽSR insisted than in nine cases the businesses were not functional. And given that a precise number had been required, ŽSR said that Cheque Dejeuner had violated the tender conditions – even though it had provided more than enough extra canteen names to make up the number ruled out.

“We cannot accept the contracted businesses that you provided in excess of the number required,” Mikluš wrote.

Petrík appealed in a letter to Transport Minister Ľubomír Vážny, who has jurisdiction over ŽSR. “It is clear from the tender commission’s approach that they were from the outset trying to ensure the contract was won by Doxx,” he wrote. “By coincidence, this company also won other tenders at institutions under your control, such as the Railways Company, Cargo Slovakia and Slovak Post.”

Vážny did not respond. Three weeks later Petrík received a letter from Zoltán Takács, head of the ministry’s audit division, advising that “the ministry is not authorised to interfere with unfinished tenders.”

When asked by The Slovak Spectator, ministry spokesman Stanislav Jurikovič said Vážny would comment after receiving an explanation of tender methods from all institutions concerned.