State signs contract with STV but not Slovak Radio

A LACK OF finances – a result of the crisis-driven reluctance of companies to advertise and the fact that fees paid by households for TV and radio did not bring as much revenue into the budgets of public-service media as expected – continues causing wrinkles for Slovak Television (STV) and Slovak Radio (SRo). New contracts between the media and the state, intended as an additional source of funds for the broadcasters, have not resolved the financial situation as the Culture Ministry had hoped; rather, they have once again raised questions about STV’s independence as a broadcaster. 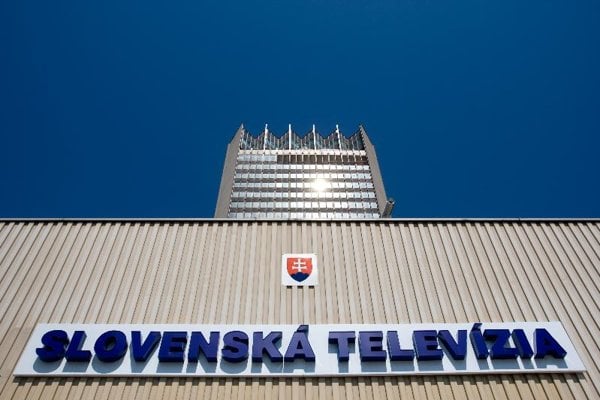 A LACK OF finances – a result of the crisis-driven reluctance of companies to advertise and the fact that fees paid by households for TV and radio did not bring as much revenue into the budgets of public-service media as expected – continues causing wrinkles for Slovak Television (STV) and Slovak Radio (SRo). New contracts between the media and the state, intended as an additional source of funds for the broadcasters, have not resolved the financial situation as the Culture Ministry had hoped; rather, they have once again raised questions about STV’s independence as a broadcaster.

In October 2008 the cabinet approved a proposal for so-called contracts between the state and the public-service broadcasters covering the content, aims and methods of providing public services in radio and TV broadcasting and designating the Culture Ministry as responsible for drafting the documents along with STV and SRo.

“The contract is the first real systemic step in additional financing for public-service media and, importantly, it guarantees that the resources will be used mainly on the revitalisation of original television production, thus allowing STV to fulfil its public-service character,” Martin Kákoš, the chairman of the Council of STV, a body elected by parliament to manage the public-service television station, told The Slovak Spectator. The council will also serve as the guarantor of the programme content covered in the contract signed with the state.

Ivan Godársky, a legal advisor to the MEMO 98 non-governmental organisation, agrees that the public-service broadcasters urgently need a systemic solution. But in his opinion these contracts should not serve as a form of additional financing – rather they should be understood as just another financial source among those that already exist: for instance the TV and radio licence fees paid by households or advertising income.

Kákoš, on the other hand, believes that the contract will strengthen the position of STV.


“Institutionalising this contract frees STV management from a supplicant role towards the ministries because the contract guarantees at least €10 million each year and thus increases the independence of the media,” he said.

The ministry also stressed that the contracts can in no way influence the programming and editorial independence of the public-service broadcasters.

“The programmes whose production will be financed from the contracts are determined by the broadcasters alone,” Bednár said.

Miroslav Kollár, an analyst from the Institute for Public Affairs (IVO) think tank, sees the contracts as risky “due to the way they are drafted, their content and the oppressive behaviour of the ministry in the process of their preparation” and he believes the text of the appendix in STV’s contract indicates that the ministry will have influence over what will be created and broadcast.

“Another question is why other broadcasters in the market couldn’t aspire to produce such programmes, defined in detail, if they could make them well and cheaper,” Kollár told The Slovak Spectator.

STV will receive about €12 million based on its contract with the state and will use it primarily on the production of dramatised fairy tales and nationally-oriented programmes such as historical documentaries, the Pravda daily reported, but SRo will receive no additional funds at all.

SRo’s draft contract with the state included €2.5 million for original radio productions. On October 9 SRo’s general director, Miloslava Zemková, sent a letter to the culture minister along with the draft stating the radio station’s interest in signing the contract. However, she pointed out several reservations the SRo management had towards the text of the contract and requested further negotiations.

On October 13 the ministry wrote on its website that it will not sign a contract with SRo because of obstructions by SRo management during the negotiations and other reasons that the ministry said were formal imperfections in the draft.

“I see it as a different approach of the ministry to the two media and in this case also as a punishment of SRo’s general director for her autonomous approach through which she is protecting the interests of SRo,” Kollár said.

Godársky said the ministry’s actions seem fabricated to him.

“Simply put, it’s only logical that if one party’s opinion isn’t identical with the opinion of the other during preparation of a contract, they should meet and negotiate to get their opinions closer to each other,” he said. “And I think that there was an effort to find a compromise on the part of SRo. From this viewpoint, the attitude of the ministry seems very unfortunate to me.”


According to Kollár the ministry’s communications with SRo reflects the attitude “you do what we dictate for the money or you won’t get it”.

The controversy over these contracts appeared almost simultaneously with another incident that started a public debate about the degree of independence of STV.

In early October the news server medialne.sk reported that STV’s general director, Štefan Nižňanský, banned the broadcast of an investigative story about a social company in Bardejov which is receiving subsidies from the Labour Ministry.

The report depicted an apparently defunct company which exists only “officially”. On the morning of October 5 the editor of the investigative news department and STV lawyers approved the report’s broadcast but that afternoon Nižňanský saw the story and banned it from the evening broadcast schedule. He said that the news department had failed to finish the story on time, the Sme daily wrote.

“Some reporters are processing topics and reports superficially, unprofessionally, at the very last moment and with a tabloid undertone through which they endanger the broadcast; in many cases, they even damage STV economically,” Nižňanský wrote in his statement about why the story was not broadcast.

The report was aired two weeks later on October 19, accompanied with comments by Nižňanský and several media experts who explained the difference between censorship and editing.

“It’s very sad for me that 20 years after November ’89 the management of the public-service television features people and methods that strongly resemble the circumstances we lived in before 1989,” Kollár said in his reaction to the delayed report.

“This is not the way to handle news reporting or investigative reporting,” Godársky said. According to him, any interference by the director into the broadcasting of reports is alarming, especially in the atmosphere in which STV lags behind commercial media in examining controversial incidents or investigating cases of political misconduct.

“It should be a really courageous institution and that’s what STV is missing, in news as well as in investigative reporting,” he said.

“The ongoing downfall of STV” was among the reasons given by the Institute for Public Affairs for the poor state of media independence in Slovakia. In its regular evaluation of democracy in Slovakia called the IVO Barometer, the think-tank gave a grade of 3.75 for the independence of media on a scale ranging from 1 as excellent to 5 as failing, Kollár said.

The poor evaluation in the IVO Barometer ranking was not the only critical news about media freedom in Slovakia. The Reporters Without Borders international NGO recently published its annual Index of Press Freedom in which Slovakia had fallen from seventh place in 2008 to 44th place this year.