TELEFÓN, kurzor, hardvér, softvér, mejl, čip. Recognise these words? Slovaks are usually happy to accept foreign inventions without even bothering to translate their names. However, sometimes the country would be wise to put up a little more resistance to innovation. 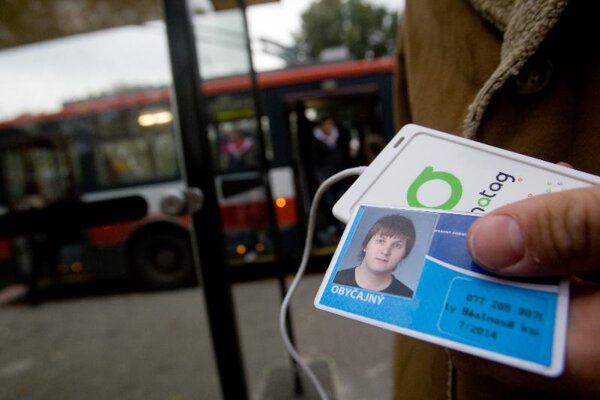 TELEFÓN, kurzor, hardvér, softvér, mejl, čip. Recognise these words? Slovaks are usually happy to accept foreign inventions without even bothering to translate their names. However, sometimes the country would be wise to put up a little more resistance to innovation.

Last week hackers announced that they are able not only to read the chip cards of all people using the public transport system in Bratislava, but also to change the data each one carries. They can also gain access to information on library or university cards. As many as a million cards in total may be affected.

Slovakia has a long tradition of poor IT security. The National Security Office (NBÚ), responsible for the protection of confidential data, famously used the password ‘nbu123’ to protect its servers. In 2007, the phone numbers of people working for the Slovak Information Service (SIS), the country’s intelligence agency, appeared in an online directory. This year the SIS had to fire a high official for maintaining a profile on Pokec, a chat website, which is a serious breach of spying rules.

Poor security and the endless opportunities for leaks are one reason why the introduction of an electronic health card, which would eventually include all medical records, doesn’t seem to be a good idea. Another reason is money. The government plans to spend some €33 million on the project and has already asked IT firms to submit their bids. In a country where people have to bring their own toilet paper to the hospital, routinely sit for two or three hours in doctors’ waiting rooms, and the public insurance company is grappling with an enormous debt and has no plan for how to sort it out, investing this much into becoming a world leader in e-health seems rather absurd. If you ask Slovak patients what improvement they’d like to see in health care, digital records are highly unlikely to appear on the list.

The final ground for saying no to the cards is the worrying trend of increasing state control over personal data. In many areas, such as biometric data included in travel documents and stored in databases, Slovakia has no choice but to accept foreign diktat. But why go even further? The upcoming 20th anniversary of the Velvet Revolution is a good reminder that states and governments aren’t always on the citizens’ side and one shouldn’t trust them with more information than is absolutely necessary for the proper functioning of society. Health cards certainly are beyond that limit.

Bringing your own toilet paper to the hospital maybe isn’t so bad after all. It’s certainly better than having to bring both the paper, and a čip.