THE ECONOMIC crisis has not just worsened many Slovaks’ financial situation, but has also altered their financial outlook, making buyers more cautious and more likely to seek information before they sign an insurance contract. Operators in the insurance business say it is now more difficult to close new deals, and to maintain existing ones. 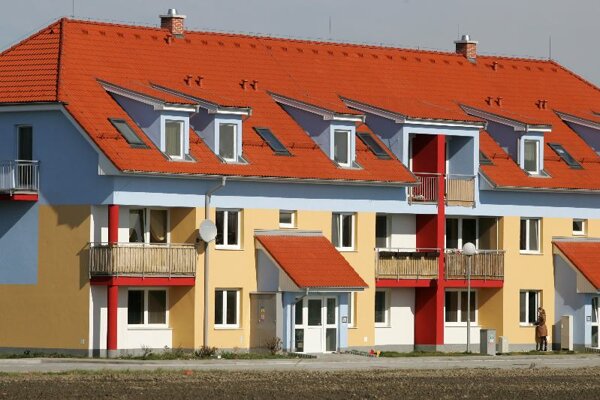 THE ECONOMIC crisis has not just worsened many Slovaks’ financial situation, but has also altered their financial outlook, making buyers more cautious and more likely to seek information before they sign an insurance contract. Operators in the insurance business say it is now more difficult to close new deals, and to maintain existing ones.

In response firms offering insurance in Slovakia have had to become more flexible and open in their contacts with existing or potential clients and have created new products to address risks which were less common in the past, such as loss of employment and consequent inability to settle obligations.

“At first sight there is noticeable carefulness on the part of clients when closing insurance policies,” Jozefína Žáková, the director general of the Slovak Association of Insurance companies told The Slovak Spectator. “This has been caused by the general decline of the economy and thus also a drop in effective demand from citizens as well as from the corporate sphere for insurance.”

The financial results of insurance companies confirm this trend, with the value of premiums written in life as well as non-life insurance showing a moderate decrease during the first two quarters of 2009. But according to Žáková, this drop is not as big as might have been expected given current conditions. Moreover, she said, there were already some signs of improvement in the second quarter.

Insurance companies confirm the changed market situation. Many clients have found themselves in a more difficult financial situation and have been withdrawing from existing insurance contracts either as a way to obtain cash or to reduce spending. Insurance companies say they need to respond with more explanation, as well as new products to address risks resulting from these new situations.

“People are scared and are searching in particular for secure and conservative forms of investment as well as insurance,” Petra Greksová, spokesperson for the biggest insurance company in Slovakia, Allianz-Slovenská Poisťovňa, told The Slovak Spectator. “Moreover, people realise more than ever before the need to cover loans or other regular payments.”

According to Judita Smatanová, a spokesperson for Union, another insurance company, the crisis has intensified the fight for clients, which has meant greater transparency, fairness and advantages in the products offered.

“In the case of existing clients the influence of the crisis is reflected in their constrained financial situation and concerns about developments on the capital market, resulting in a higher rate of cancellation, especially in investment life insurance,” Smatanová told The Slovak Spectator.

“Due to financial uncertainty people have begun focusing more on risk insurance which would help them to repay bank loans or cover regular household expenses in the event of illness or job loss,” Vladimíra Hrebeňáková, spokesperson for Generali Slovensko, told The Slovak Spectator.

In general, insurance companies have responded to the new situation with more flexibility, for instance allowing clients who face financial problems to reduce premiums or halt payments completely until their situation improves. They have also prepared new products more precisely addressing the current needs of clients, for instance to protect them from the effects of job loss or serious illness. Allianz-Slovenská Poisťovňa has introduced commercial insurance for unemployment; Generali Slovensko offers emergency reserve life insurance covering risks from long-term joblessness and illness.

The crisis has affected the performance of insurance companies across their whole spectrum of products. Lower real estate sales have meant reduced demand for insurance of residential property; Slovaks’ decreased spending on foreign holidays has similarly depressed new deals in travel insurance, according to Smatanová of Union.

On the other hand, compulsory liability car insurance and accident insurance has been boosted by the car-scrapping bonus introduced by the government to support car sales.

“People bought several tens of thousands of new cars, for which premiums in compulsory liability insurance are higher than for old cars,” said Žáková. “Moreover, it does not make sense to sign an accident insurance policy for an old car, but for a new one it does.”

On the other hand, the crisis has tempted some people to commit insurance fraud. During the first half of 2009 Generali Slovensko investigated as many as 300 suspicious insurance claims per month on average.

“Generali Slovensko forecast an increase in attempts to make insurance claims with regards to the crisis and this increased number has confirmed our prediction,” Hrebeňáková said.

“Insurance is a very special kind of business,” said Žáková. “It differs from other sectors of the financial market in that it does not trade directly with money, like for example banks, but deals in risk, by taking money – premiums - for assuming this risk. Taking on risk from a client on the basis of an insurance policy has legal as well as mathematical rules. Thus it can, in a very simplified way, be said that insurance companies must be able to deal with risk better than others because this is their main business.”

Due to strict rules for doing business in the insurance sector and uncompromising supervision the crisis has not affected the business very much in Slovakia, according to Žáková.

“Insurers in Slovakia have not run into trouble even when their foreign parent companies have become reliant on state financial assistance,” she said, adding that insurance companies in Slovakia performed a stabilising role during the crisis, given that the problems of their parent companies did not affect them.

On the other hand, during the crisis citizens as well as business entities have rediscovered certain values – life, health, job, production facilities, buildings, etc.

This has been reflected in the greater attention being paid by clients to insurance, according to Žáková.

Even though the current regulation of insurance is relatively strict and extensive, there are several legislative changes in the pipeline which will influence the sector.

“Firstly there is the extensive new EU directive Solvency II, which will soon be transposed into Slovak legislation,” said Žáková. “This will require preparation of a new insurance law.”

The worldwide financial crisis has also influenced attitudes towards supervision of the financial market. This has resulted in a planned change to the architecture of supervision, which is being prepared on the European level. This is certain to influence insurance supervision in Slovakia.

Apart from this, the Slovak cabinet in summer 2007 adopted a concept for protection of the consumer in the financial services market which is being implemented through two separate laws.

Even though the Slovak Association of Insurance Companies has actively participated in the preparation of these laws, it says it has so far failed to focus the attention of competent state bodies on the need to start with protection of the client from the very beginning, i.e. to constitute rules for the agreement and terms of an insurance policy in order that it responds to the present-day situation and Slovakia’s membership in the EU.

“Our legislation related to insurance policies dates back to 1964, i.e. the times of socialism, when it was included in the Civil Code,” said Žáková. “In spite of the efforts of the insurance sector as well as experts, an independent law on insurance policies reflecting all the changes in insurance resulting from the changed economic and political situation in Slovakia after 1989 and after Slovakia’s admission to the EU has not been adopted so far in Slovakia. We believe that such a law would set rules for insurance in a rational way and eliminate many of those problems which it is the intended role of the new bodies for protection of the consumer to solve.”

Referring to the future prospects of the insurance sector, Žáková predicts that the market will stabilise and that fundamentally positive development can be expected.

“But it is necessary to prepare mentally for the fact that the economic performance of most insurance companies may be less sound than it was during previous years,” said Žáková. “Thanks to mergers and expected acquisitions the market will be even more concentrated, but on the other hand, because of the openness of the European market, also exposed to greater competition than so far.”

She expects that due to clients’ increased financial literacy and to strengthened consumer protection Slovak customers will become more and more demanding.