Companies pull back on insurance

THE DECLINE in production and trade during the economic crisis has been reflected in the corporate insurance market. Insurance companies report lower insured sums, reduced cover but also greater interest on the part of companies who now realise how much damage an unforeseen accident could cause them during the current difficult times. 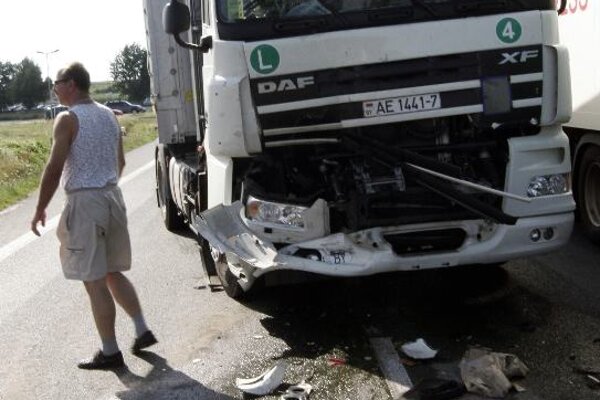 THE DECLINE in production and trade during the economic crisis has been reflected in the corporate insurance market. Insurance companies report lower insured sums, reduced cover but also greater interest on the part of companies who now realise how much damage an unforeseen accident could cause them during the current difficult times.

“We are feeling the effects of the crisis in the behaviour of companies,” Petra Greksová, the spokesperson of Slovakia’s biggest insurance company, Allianz-Slovenská Poisťovňa, told The Slovak Spectator. “Corporate clients have a greater tendency to reassess insurance policies. In particular, they are reducing insured values and the extent of cover. Often these changes result from a reduction in their business activities or the real need to save funds. Similarly we have experienced a moderate increase in secondary insolvency of companies in Slovakia, since the interval of time during which clients pay insurance premiums has extended.”

Marian Bátovský, director of corporate clients' department at the Slovak arm of QBE Insurance (Europe), confirms that lower turnover in the production and trade sectors has reduced insured sums for halts to operations and for stock. In the construction sector, suspended or delayed projects have reduced insurance of construction and assembly projects.

“Some companies are cancelling insurance policies and thus transferring the risk onto themselves and their commercial partners,” said Bátovský.

Insurer Union has registered a decline in trade from transport companies whose activities are linked to transportation of goods, since many companies have reduced their production, according to Judita Smatanová, Union spokesperson.

Corporate clients have also changed their view of insurance companies.

“Companies pay more attention to the financial standing and rating of the insurer and prefer a [Standard and Poor’s] rating of at least A+,” said Bátovský.

Clients of Allianz-Slovenská Poisťovňa have become more interested in insurance of assets. It said this is linked to an increased awareness by companies that insurance of assets is necessary in the event of an unforeseen accident.

Insurance companies agree that the crisis will continue to affect the market.

QBE Insurance (Europe) in Slovakia forecasts consolidation in the market; Allianz-Slovenská Poisťovňa expects that the effects of the financial crisis will persist, with a slow revival of the Slovak economy.

“As in other business sectors, so the sector of insurance will be influenced in particular by the speed with which recovery from the crisis develops, i.e. within what time frame companies are able to get back to their previous levels,” said Smatanová. “But it is possible to assume that companies will be more cautious and will ponder potential insurance risks more.”