WITH elections only eight months away, the Culture Ministry is clearly in a hurry to award the largest public contract in its history – some €200 million to preserve Slovakia’s cultural heritage, such as historical books, paintings and statues, in digital form. The ministry has called two tenders for the money even though the overall plan for how the funds are to be used has not yet been approved. Not to mention any of the other steps required, such as the preparation of 15 separate digitalisation projects. 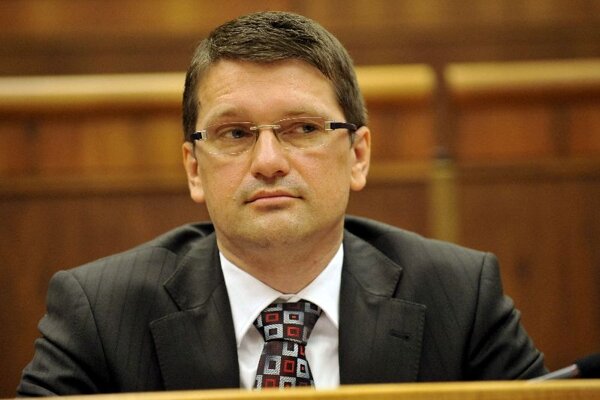 WITH elections only eight months away, the Culture Ministry is clearly in a hurry to award the largest public contract in its history – some €200 million to preserve Slovakia’s cultural heritage, such as historical books, paintings and statues, in digital form. The ministry has called two tenders for the money even though the overall plan for how the funds are to be used has not yet been approved. Not to mention any of the other steps required, such as the preparation of 15 separate digitalisation projects.

In other words, the ministry appears set to select a winner of the tender, and only later agree on what goods or services the winner should provide.

Culture Ministry spokesman Jozef Bednár said that the entire process is being consulted with the Government Office, which is its boss for the digitalisation program. “The ministry used a standard approach, and the matter of the tender was consulted with the managing authority.”

But at the Government Office, the official responsible for overseeing the ministry’s digitalisation program, Erna Dohnalíková, did not know what goods or services the ministry was tendering. “I’m sorry, but I don’t know the answer to that question,” she said. “At the moment there are no projects approved (for digitalisation), and the draft overall feasibility project is in the final approval stage.”

An earlier digitalisation tender called last year for €6.6 million was won by a consortium led by Microform, an unknown company located in a modest building in Petržalka. The ministry cancelled the contract earlier this year. According to sources close to the tender, the ministry was forced to scrap the deal because it had not followed the approved procedure, and was unable to draw the funds from the Government Office.

The ministry blamed the companies for the fiasco, however. “We cancelled the contract because our contractual partners did not demonstrate sufficient professional preparation for the complex process of digitalising our cultural heritage,” Bednár said.

The companies rejected the ministry’s explanation. Apart from Microform, the winning consortium also included the well-known Slovak IT firm Ditec. The government’s appointee for informatisation of society is Pavol Tarina, who for six years served as Ditec’s financial director.

“The ministry cancelled the contract without giving a reason,” said Ivan Sůra, Ditec’s CEO. “We have plenty of references and qualified experts to carry out the work involved in the tender.

According to our information, in this case the ministry did not observe the procedures needed to draw Eurofunds.” Ditec is not bidding in the current tender.

Microform owner Alena Kulíková also said that “the contract was not cancelled due to any lack of professional preparation on our part.”

Nor did the Government Office confirm the ministry’s version. “I have no idea of what previous tender you are referring to,” Dohnalíková said.

Despite questions over its approach, on September 11 the ministry called a new tender for digitalisation, this one worth €125 to €170 million, and announced a related tender for €49 million.
As with the first tender, neither of the two new contests was preceded by a “large feasibility study”, which according to government documents should be the first step taken before calling tenders.

Bednár rejected the suggestion that the ministry was proceeding improperly in tendering its largest-ever contract. “This public procurement is being carried out in line with the programme documents of the informatisation of society operating programme (OPIS),” he said.

The OPIS website, however, declares that “feasibility studies form an important milestone in implementing OPIS axes, because they chart the course for each axis.”

The European Union also believes the Culture Ministry is jumping the gun. According to Dennis Abbott, spokesman for European Commissioner for Regional Affairs Pawel Samecki, “the Commission advised the managing authority (Government Office) to include a reference to feasibility studies in the selection criteria for OPIS. Such a reference was indeed included in the selection criteria as an obligatory condition for the admissibility of potential projects.”

In other words, the ministry shouldn’t be awarding contracts for the OPIS 2 axis before the overall plan for the axis is approved. “The feasibility study is in the final stage, we are preparing responses to the draft version,” Dohnalíková said.

According to the OPIS rules, “implementation of the OPIS strategy is based on national projects.” The Culture Ministry does not have these approved either.

Head in the sand

According to Abbott, the Government Office as the managing authority for OPIS is “responsible for ensuring that projects are selected in accordance with the approved selection criteria.”

At a press conference on November 2, however, the Government Office official in charge of EU funds, Ivan Ištvánffy, refused to answer direct questions as to whether the Culture Ministry was proceeding correctly in the digitalisation tender.

First, Ištvánffy claimed not to know of any informatisation tender, even though the information was published in the public tender registry two months ago. He then claimed not to have the Culture Ministry’s feasibility study. When he was reminded that his office was already reviewing the study, he said; “I didn’t say I didn’t know what study you are referring to, of course we have it and we are coordinating it. But it is not officially completed.”

According to sources close to the tender, government officials are reluctant to publicly cross Culture Minister Marek Maďarič, a close associate of Prime Minister Róbert Fico.

Juraj Dillinger, head of the Culture Ministry’s Eurofund section, said the ministry had decided to tender before having a final plan because it was short of time. “Other sections of the OPIS programme are already tendering, so we need to do the same as soon as possible,” he said.

Abbott said that while “a certain level of flexibility exists” in each EU country’s handling of OPIS, “if they approve something that later raises questions, they are running the risk that the European Commission will not approve the money, which would leave Slovakia on the hook for the entire amount.”