The cost of excluding the Roma minority

WITH the Roma population in Slovakia growing the issue of how to involve Roma more in the society is becoming ever more urgent. Offering Roma, who in parts of Slovakia live in separate settlements, the chance to improve their living conditions and increase their quality of life is not merely a moral imperative, but also an economic necessity, a new study has concluded. 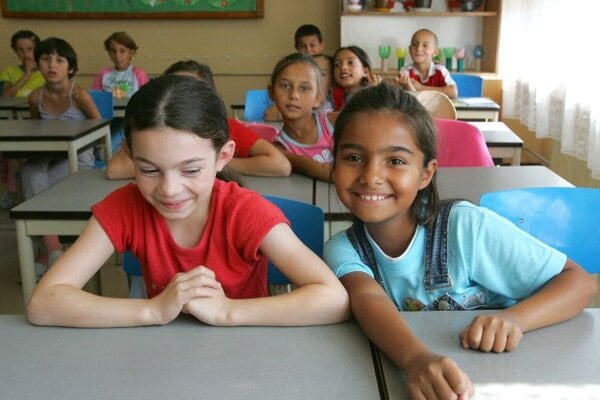 WITH the Roma population in Slovakia growing the issue of how to involve Roma more in the society is becoming ever more urgent. Offering Roma, who in parts of Slovakia live in separate settlements, the chance to improve their living conditions and increase their quality of life is not merely a moral imperative, but also an economic necessity, a new study has concluded.

According to the study, ‘The Cost of Non-Inclusion’, carried out by Anton Marcinčin and Ľubica Marcinčinová and sponsored by the Open Society Foundation (OSF), the costs of non-inclusion of the Roma minority in mainstream society are immense.

“The main reason why the costs are so high isn’t the potential savings in social allowances, but the possibility of significantly increasing the size of the employed labour force in Slovakia and thus increasing GDP,” Anton Marcinčin said. In the study he estimates Slovakia could produce 7 to 11 percent higher GDP if Roma were included.

“And for us that justifies the call for rather higher public investment in reform and programmes to help Roma in need,” he added.

The OSF believes that the study is groundbreaking because it works with numbers in a way unique for Slovakia. It is the first time such a study has approached the problems of Roma from an economic point of view, seeing Roma as a potential that has until now been unused.

According to Marcinčin, the numbers speak clearly for themselves. By 2030 Roma will constitute as much as 16 percent of Slovakia’s population in school or of productive age.

“If 50 percent of them are left unemployed, and only 10 or 20 percent work, it would be a great loss that this society might not be able to bear,” Marcinčin explained, adding that the regional aspect is crucial here, since in some villages or districts Roma children will soon outnumber non-Roma, and the development of the local labour market and economy will depend solely on the activity of Roma.

According to the study, estimates for future development are striking and imply that Roma issues need to be dealt with as soon as possible.

One of the most important points, also stressed in the study, is the education system and the classification of Roma children as mentally disabled. The study criticises this as wrong and blames poor diagnostic tests.

According to Marcinčin special schools can by no means substitute for a well-functioning multicultural education system.

“It’s not only about Roma, but also about poorer Slovaks and their kids, who aren’t lucky enough to be born into families with great libraries and university-educated parents,” Marcinčin said.

The authors of the study recommend removing the language barrier in education, in the light of the right of Roma children to education in their mother tongue, and allow them to switch to Slovak gradually. They also recommend that Roma children who don’t suffer from severe physical or mental disabilities be moved from special schools to normal primary schools, where they should get the chance to interact with their non-Roma peers.

“Our conclusion is that one size doesn’t fit all, and therefore it’s necessary to tailor the programmes to the ‘size’ of the addressees,” Marcinčin said. In the study he suggests that programmes aimed at helping Roma usually fail to achieve the desired effects.

“The results are far from the expectations, which also contributes to the increase in anti-Roma sentiments,” he said.

Klára Orgovánová, former governmental plenipotentiary for Roma communities, disagrees that programmes to help Roma have not been successful.

“Can we say so easily that the programmes of social workers, teaching assistants or the building of flats for Roma weren’t successful?” she asked. “It’s more complicated than that.”

However, she said the study is useful as it provides grounds on which to base other arguments.

“If you want to influence the politics of government you need to argue, and the best way to do that is to argue with numbers, because we need to say how much it costs,” Orgovánová said. “So we really do welcome this study.”

A desire to prompt discussion and to provide a set of arguments for those who want to be active in the field of policies for Roma were the reasons why the OSF decided to carry out the study about the economic costs of non-inclusion of Roma. The study was done within the framework of the international initiative the Decade of Roma Inclusion 2005 – 2015, currently presided over by Slovakia.

“The [Slovak] presidency has set out three priorities, two out of which touch upon the topics the study discussed – the first is the education system and the second, very important, priority is the revision of action plans that were approved at the time when the Decade was launched,” said Alena Pániková from the OSF. “This study, as well as all the non-governmental activities, aspire to contribute to the revision of the action plans.”

The OSF now plans to turn to governments at local, regional and national level, in the hope that the economic arguments in the report can be used to address a wider spectrum of policy-makers.