FEARS about a new law that allows the state to take over struggling companies if it decides they are ‘strategic’ have not subsided during the past week. On the contrary, the critics’ camp has been swelled by additional voices warning that the law is unclear about exactly how a company would qualify as strategic and arguing that the law could curb property rights. The overall effect could be that the state risks spooking investors, critics said. 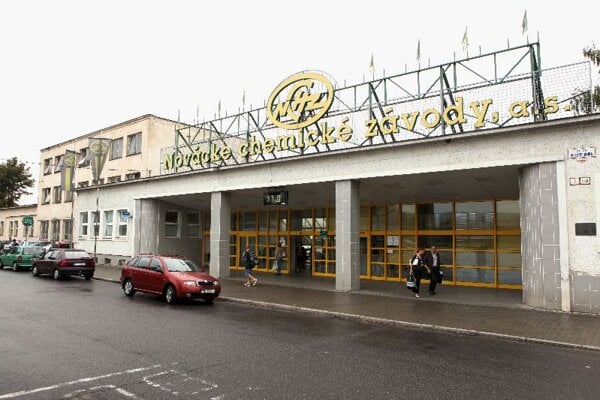 The law began as a response to NCHZ's bankruptcy (Source: ČTK)
Font size:A-|A+

FEARS about a new law that allows the state to take over struggling companies if it decides they are ‘strategic’ have not subsided during the past week. On the contrary, the critics’ camp has been swelled by additional voices warning that the law is unclear about exactly how a company would qualify as strategic and arguing that the law could curb property rights. The overall effect could be that the state risks spooking investors, critics said.

The warnings did little to slow the passage of the new law, which was approved by Prime Minister Robert Fico’s cabinet on October 28 and then fast-tracked through parliament. Before MPs voted, the Economy Ministry, which was responsible for drafting the bill, said it had made several changes.

Finally, on November 5, parliament passed a revised version of the law, which stipulates that the state will be able to buy bankrupt firms which have been declared strategic. Economy Minister Ľubomír Jahnátek said that it was an anti-crisis measure, which will be valid only until the end of 2010.

The new law stipulates that any firm employing more than 500 employees which is important for the security of the state, protection of public health or operates in so-called network industries can be defined as strategic. If such an enterprise enters bankruptcy the state will have the pre-emptive right to take over the company and later pick a new owner.

On November 4, Jahnátek had announced 10 modifications to the bill to calm the worries of businesses.

“It doesn’t relate in any way to acquisitions, sales or restructurings of businesses that aren't in bankruptcy,” said the minister, as quoted by the TASR newswire.

Despite Jahnátek’s assurances, no opposition MP voted in favour of the bill. The ruling coalition was relatively united in favour, except for the Movement for a Democratic Slovakia (HZDS) MP Milan Urbáni, who refrained from voting.

“I follow some principles and this law did not seem perfect to me,” Urbáni told the SITA newswire.
The cabinet-approved draft stipulated that the state would buy companies at a price determined by an expert. However, the law as passed by parliament suggests that the state will in fact pay the market price in order to acquire a bankrupt company.

The opposition asserts that the bill, despite the last-minute revisions, introduces nationalisation of private property. It also insists that it represents an indirect revision of the bankruptcy law and will bring about plenty of problems and even legal disputes in the future, SITA wrote.

The law was passed just as The Slovak Spectator went to print, and business leaders’ reactions were not available. But the draft approved by cabinet had already shocked many in business circles.

The American Chamber of Commerce (AmCham) reviewed the draft law on strategic companies as it was submitted to the Slovak parliament in late October and identified several areas of concern.

“In our opinion, it contains quite unclear mechanisms for granting the status of strategic company to a particular company,” AmCham told The Slovak Spectator on November 4. “In addition, it potentially curbs the property rights of company owners by significantly limiting their strategic decision-making powers.”

AmCham noted at the time when it was making the comments that it understood that an amended version of the draft law had already been prepared by the Ministry of Economy but that it had not been made public.

The government will decide which companies qualify as strategic, Economy Ministry spokesperson Vahram Chuguryan, confirmed to The Slovak Spectator in late October.

However, according to Amcham, the law approved by the cabinet would enable the state to take over a large company if it found itself in financial difficulties.

“Of course we understand the strategic concerns of the Slovak government and the responsibility for the stabilisation of strategic companies and delivery of strategic commodities to the industrial sector and citizens,” AmCham said. “However, the draft bill, in its present form, undermines the principles of the rule of law and the principles of a free market economy. It could, in fact, significantly harm Slovakia’s business environment. It sends a very negative signal to foreign investors and could seriously damage Slovakia’s credibility and competitiveness.”

The German-Slovak Chamber of Commerce echoed these sentiments.

Generally speaking, it is never a good idea for the state to influence private business by taking over companies, spokesman of the chamber Markus Halt told The Slovak Spectator, adding that private property is one of the essential pillars of a well-functioning market economy.

In fact, major energy companies, refiners, and heating and water supply enterprises all face the prospect of being classified as strategic.

“In this special case, one has to consider the circumstance that the law seems to be aimed mainly at large utilities,” Halt said. “The government has been looking for confrontation with them since it came to power more than three years ago. If the state now wants to secure itself the option to take over companies where it already owns a majority stake, [such as its] 51 percent in energy companies Západoslovenská Energetika ZSE, Stredoslovenská Energetika SSE and Východoslovenská Energetika VSE, and gas utility Slovenský Plynárenský Priemysel, it might be justified at first glance, though questionable from an economic point of view.”

According to Halt, when it originally sold its stakes in these companies the state guaranteed private investors from Germany and France that they would enjoy majorities on the respective boards of directors and thus be independent of state control.

“This was the main factor motivating foreign investors to purchase minority stakes for billions of euros,” Halt told The Slovak Spectator. “The draft legislation turns this agreement upside down. The state would have the opportunity to undermine the corporate policies of private investors.”

As for the impact that the legislation might have on the Slovak business environment, Halt suggested that an old principle of the rule of law states that concluded contracts have to be observed and may only be changed amicably.

“The retroactive change of privatisation treaties now implied may not be without consequences for Slovakia as an investment location,” Halt said. “Investors are discouraged if they cannot rely on contractual commitments by the state. Foreign investors contributed strongly to the economic boom before the crisis. The state risks their confidence by this law.”

Though the Economy Ministry had promised changes to the legislation, according to Halt the principal objection of the chamber would not be addressed even if the law was rewritten.

“The task of the state in a market economy is to set the framework and not to enter any companies,” he said. “Actually, under present circumstances it seems rather improbable that any strategic companies will become bankrupt during next year. Nevertheless, the state plays around with the confidence of private investors by opening such gateways. Therefore, it is already hazardous to draft such legislation.”

Other critics of the law included the Association of Employer Unions (AZZZ), the Klub 500 lobbying group for firms with more than 500 employees, and the Slovak Business Alliance.

Originally, the Economy Ministry drafted the law on strategic companies in response to developments at the troubled chemicals firm Novácke Chemické Závody (NCHZ), one of nine companies hit by a fine of over €60 million by the European Commission for operating a cartel in the sale of industrial chemicals. NCHZ was ordered to pay the largest portion, of almost €20 million, and filed for bankruptcy in September, putting almost 1,800 jobs at risk. Paradoxically, it seems unlikely that NCHZ will be affected by the new law.