DECREASING temperatures and falling snow in the last few days have recalled chilly memories from last January, when Russian gas stopped flowing to Slovakia via Ukraine. No one in Slovakia froze to death but many companies had to halt production, increasing the burden of the economic crisis. Nevertheless, the state as well as energy companies are now assuring Slovaks that the situation will not be repeated this winter because the country is much better prepared for a gas cut-off. 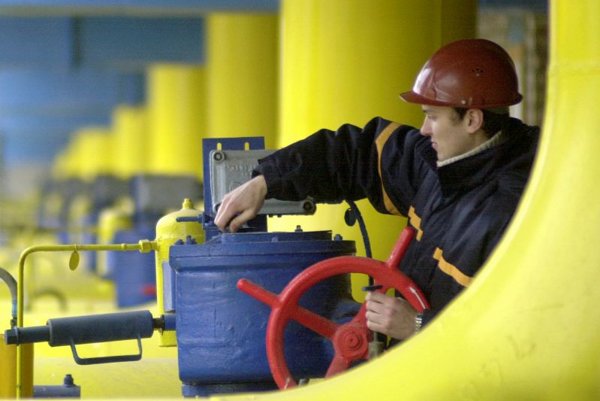 DECREASING temperatures and falling snow in the last few days have recalled chilly memories from last January, when Russian gas stopped flowing to Slovakia via Ukraine. No one in Slovakia froze to death but many companies had to halt production, increasing the burden of the economic crisis. Nevertheless, the state as well as energy companies are now assuring Slovaks that the situation will not be repeated this winter because the country is much better prepared for a gas cut-off.

“A repeat of the crisis, i.e. an interruption of natural gas supplies from Russia to Europe cannot be ruled out this winter,” Karel Hirman, director of the Energy Policy Section at the Slovak Innovation and Energy Agency, told The Slovak Spectator. “Many statements by representatives of Gazprom or the Russian state indicate this. Relations between Russia and Ukraine, but also between Russia and Belarus, via which the second, smaller Yamal-Europe transit line passes, are very complicated and tense, which is also reflected in the gas sector. The whole situation is even more complicated by the upcoming presidential elections in Ukraine, scheduled for January 2010.”

How it was last January

In January 2009, the gas crisis began after Russia cut gas supplied to Slovakia and other European countries via Ukrainian pipelines as part of a price dispute with Ukraine. Government restrictions put in place on January 6 required large commercial customers and businesses with annual contracted gas consumption exceeding 60,000 cubic metres to reduce their usage to a minimum safe level. The economy of gas-thirsty Slovakia began to return to its normal pulse on January 19 when the country began receiving natural gas via the Czech Republic, using a route which bypassed Ukraine, thus allowing usage restrictions to be lifted.

Soon after the re-routed gas started flowing a Russian-Ukrainian agreement was finally reached and deliveries began again along the normal routes via Ukraine on January 20. The following day Slovakia’s major gas utility Slovenský Plynárenský Priemysel (SPP) resumed transfer of Russian gas through Slovakia to other European clients via Austria and the Czech Republic.

There had been repeated problems with gas supplies from Russia before, but January 2009 was the first time gas flows were cut to zero for an extended period.

SPP watches developments in Russia and Ukraine closely and analyses the situation and the impacts on its operations.

“Regardless of the risk of another gas crisis, our customers can now rest assured that in the case of limited gas supplies from Russia via Ukraine, SPP is able and prepared to secure supplies of gas for its customers in Slovakia, including industrial clients, without any restrictions,” Ondrej Šebesta, the gas utility company spokesperson told The Slovak Spectator.

SPP has carried out three main measures to secure gas supplies to Slovakia.

“In late June we announced the historic signing of an agreement about supplies of natural gas from non-Russian sources with E.ON Ruhrgas,” said Šebesta. “SPP signed a similar agreement with GDF Suez in early October. These contracts provide a realistic background for secure gas supplies for our customers in every situation. In case of an extraordinary situation, we are now able to get up to 20 percent of Slovakia’s annual gas consumption from diversified sources.”

SPP can also reverse the gas flow to the Czech Republic, enabling gas supplies from more diverse sources in western Europe. It is also fully utilising its capacities in gas storage facilities.
Hirman agrees that the situation this winter is fundamentally different from that a year ago. He sees the new contracts on diversified gas supplies between SPP and its western-European partners as a fundamental change.

“From the viewpoint of a possible repetition of the so-called Kapušany zero, [i.e. zero inflow of Russian natural gas from Russia to Slovakia via Ukraine], these contracts guarantee gas supplies from the west, i.e. from Germany via the Czech Republic.”

This means that in the event of halted or reduced gas supplies from Russia, a sufficient inflow of gas will be secured in order that no regulation is necessary and there will be no danger of a collapse of the whole Slovak gas distribution network. Underground gas storage facilities in Záhorie in the western part of the country, which SPP uses for seasonal gas storage, will contribute, as in previous years, to stabilisation of gas supplies, as well, according to Hirman.
In response to the January gas crisis, the Slovak government has carried out several measures to prevent a repeat.

“The measures which the Slovak government has adopted so far this year as a response to the January gas crisis are focused on increasing energy security, especially in the natural gas segment,”

Economy Ministry spokesperson Vahram Chuguryan told The Slovak Spectator. “Immediately after the gas crisis was over, the government revised three energy-sector related laws with the aim of enhancing the level of security of gas supplies and to prevent a situation in which gas supplies to Slovak industrial customers are limited.”

The main change introduced by a revision to the law on energy, effective as of March 15, 2009, is that gas companies are required to secure gas supplies to certain categories of customers even in the event of a complete cut in gas flow from the territories of third countries. There is a time limit for this duty, from November 1 until March 31.

“Suppliers must guarantee supplies or have gas stored for their contractual partners in case of a complete halt in gas supplies for 30 days,” said Chuguryan.

Originally, the government pondered building a state underground gas storage facility as the existing are in private hands. It decided against the plan, arguing that building such a facility would be too expensive.

“One option after the January gas crisis was that the state would build its own gas storage facility with a volume of about 1 billion cubic metres,” Economy Minister Ľubomír Jahnátek said, as reported by the SITA newswire in late October. “But this would be a financially demanding action.”
According to Hirman, the capacity and volume of gas which SPP deposited in the existing gas storage facilities in Slovakia was already sufficient before the gas crisis.

“It is necessary to realise that underground gas storage [facilities] serve gas distribution systems to cover increased consumption of gas in the winter, which is sometimes up to seven times higher compared to the summer,” said Hirman. “Nowhere does gas storage serve to solve a situation where the gas inflow into the system from the supply is zero.”

To eliminate such an eventuality, responsible gas companies sign contracts to secure diversified gas supply, which enable purchase of gas from various suppliers, delivered via various routes, he said.

The economy minister wants to leave building of new gas storage facilities to private investors. The ministry has already granted a licence to an unspecified investor to build a facility with a capacity of about 2 billion cubic metres in the vicinity of Nitra. “We are waiting for other investors who want to build other gas storage [facilities] in Slovakia.”

“Slovakia has a huge advantage in that it has a geological floor which enables building of other underground gas storage facilities,” said Jahnátek.