ALMOST 10 years have passed since the Mikuláš Dzurinda government green-lighted the privatisation of Slovakia’s dominant power producer, Slovenské Elektrárne, one of the biggest privatisation deals in the country. A majority stake in the highly-indebted, loss-making company was later sold to Italian energy giant Enel and SE has since transformed itself into a stable, profit-making company now investing billions of euros in the construction of new electricity generation facilities. 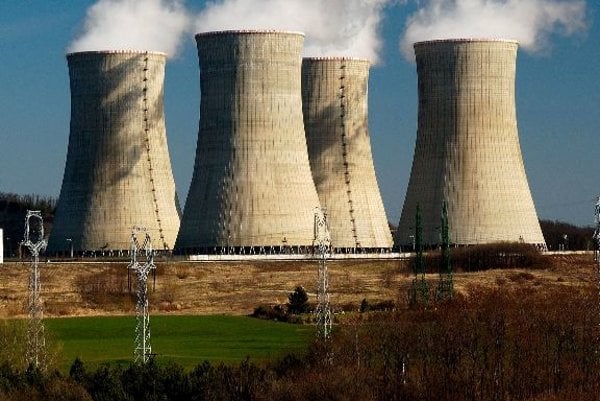 ALMOST 10 years have passed since the Mikuláš Dzurinda government green-lighted the privatisation of Slovakia’s dominant power producer, Slovenské Elektrárne, one of the biggest privatisation deals in the country. A majority stake in the highly-indebted, loss-making company was later sold to Italian energy giant Enel and SE has since transformed itself into a stable, profit-making company now investing billions of euros in the construction of new electricity generation facilities.

The political decision to privatise Slovenské Elektrárne (SE), a joint-stock company created on November 1, 1994, as one of the new entities from the assets of the previously state-owned company Slovenský Energetický Podnik, was adopted during the first half of the 1998-2002 term of the Dzurinda government.

At that time the power producer was not making a profit, was highly indebted, and was bearing the financial burden of completing the first two units of the nuclear power station in Mochovce, of which the first one was phased into the electrical grid in 1998 and the second in 2000.

Completion of the two remaining planned units was far out of sight since neither SE nor the state had funds to finance the project.

During the first term of the Dzurinda cabinet, Slovakia faced the challenge of preparing for its integration into the EU, liberalisation of its energy market as well as making Slovak energy companies competitive in the international market.

Slovakia pledged to close down the first two units of the nuclear power station in Jaslovské Bohunice, known as V1, as one of the negotiated conditions for entry into the European Union.
The debate over privatisation of SE intensified during 2000 and culminated in June 2002 when Dzurinda’s cabinet approved the framework privatisation scheme for SE.

The idea was to privatise a minority stake in the company while the privatisation adviser, PricewaterhouseCoopers, recommended inviting potential investors to present bids for privatisation of the whole of SE as well as the individual new joint-stock companies that may result from SE’s restructuring. The Economy Ministry recommended excluding the Gabčíkovo hydroelectric plant from the privatisation process since it was at the centre of a dispute between Slovakia and Hungary concerning construction and operation of the Gabčíkovo-Nagymaros waterworks on the Danube River.

During the first stage of the scheme, 11 of 22 solicited foreign investors showed an interest in acquiring a stake in SE, the TASR newswire reported in early July 2002, with most of them preferring entry into the restructured energy producer. The potential investors included German concerns E.ON and RWE, French company EdF, British Energy and International Power from Great Britain, Italy's Enel, and Spain's Iberdola.

The Slovak Democratic and Christian Union headed by Dzurinda was re-elected as the main ruling party for a second four-year term after the parliamentary elections of September 20-21, 2002. SE was the last major state asset that remained to be privatised following a wave of sales under the 1998-2002 Dzurinda administration.

In late September 2002 eight firms submitted preliminary bids for a minority stake in SE but the privatisation process was delayed and restarted again only in early October 2003. At that time investors were asked to present bids for a 49-percent ownership stake as well as managerial control and a total of 10 investors did so. By the deadline in early December 2003, only five of the eight shortlisted bidders had presented preliminary offers. A subsequent revision to Slovakia’s privatisation law enabled the state to sell a majority stake in strategic companies and the share of SE offered for sale was increased to 66 percent.

Four companies had submitted bids for the 66-percent stake in SE by late July 2004 and three companies were interested in acquiring SE as a whole, including its nuclear assets. In September 2004 Italian energy giant Enel was picked as the preferred bidder after it offered the highest price, €840 million, and was rated highest among the final bidders, achieving 90.4 points out of 100.

The cabinet approved the sale to Enel as well as the transaction documents on December 8, 2004.

Economy Minister Pavol Rusko and Enel’s general director Paolo Scaroni signed the sale agreement in Bratislava on February 17, 2005. Excluded from the sale were the previously closed A1 nuclear power station, the V1 nuclear power plant in Jaslovské Bohunice whose two units were scheduled to be closed down by the end of 2008, the Gabčíkovo hydroelectric station, and the company responsible for nuclear decommissioning. Later SE signed a 30-year rental agreement for the Gabčíkovo hydroelectric generating station. That agreement is now a matter of dispute after the state-owned Vodohospodárska Výstavba company challenged its validity.

Enel finally took over the 66-percent stake in SE in April 2006 with the remaining 34 percent staying in the hands of the state via its National Property Fund.

The main physical assets of SE are the nuclear power stations in Jaslovské Bohunice (the 3rd and 4th units, or V2) and in Mochovce (the original two units as well as the two units under construction), fossil-fuel power stations in Vojany and Nováky and 34 hydroelectric generating stations.

Even though Enel has firm ownership and management control of SE, the privatisation process is not yet completely wrapped up. On October 28, the Economy Ministry withdrew its draft document on the final closing steps in the privatisation process without action from the cabinet. Economy Minister Ľubomír Jahnátek explained that some cabinet members considered some issues to be still unresolved and that more time was requested for their discussion. Minister Jahnátek did not want to specify which issues remained unresolved and which ministers had objected to the draft, the SITA newswire wrote. The final fate of this document remains unclear as there is no specific date set for the cabinet to return to it.

According to that draft proposal, the Economy Ministry and Enel agreed that the final purchase price for the shares of SE would be €839 million.