THE GAS crisis last January, when many Slovak companies were forced to halt production because the gas supply from Russia was completely cut off, again reminded Slovakia of the need to diversify its sources of energy and enhance its energy security. This is necessary not only because Slovakia is highly dependent on Russia when it comes to energy supplies, but also because of its commitment to increase use of renewable energy sources. 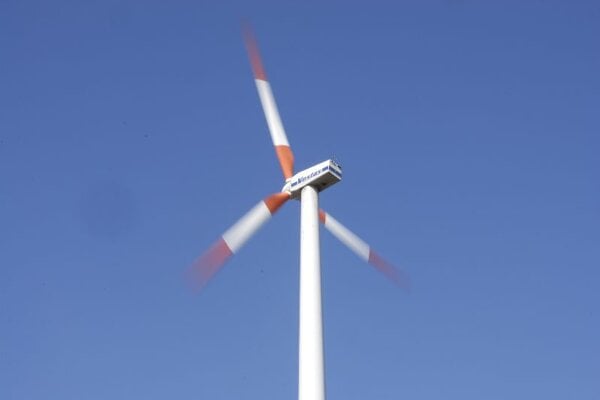 THE GAS crisis last January, when many Slovak companies were forced to halt production because the gas supply from Russia was completely cut off, again reminded Slovakia of the need to diversify its sources of energy and enhance its energy security. This is necessary not only because Slovakia is highly dependent on Russia when it comes to energy supplies, but also because of its commitment to increase use of renewable energy sources.

European leaders signed up in March 2007 to a binding EU-wide target to source 20 percent of their energy needs from renewables such as biomass, hydro, wind and solar power by 2020. On January 23, 2008, the European Commission put forward differentiated targets for each EU member state, based on the per capita GDP of each country. Slovakia is committed to increase its share of renewables from 6.7 percent in 2005 to 14 percent in 2020. In 2007, this share was 7.4 percent, according to the Slovak Economy Ministry.

To meet the target, Slovakia adopted a law effective as of August 2009 to support use of renewable sources of energy and highly efficient combined production of heat and power. But the legislation and the subsequent setting of prices which will be paid to energy producers for green electricity has not met with general approval from producers of renewable energy.

The Economy Ministry, which drafted the law, argues that it provides a comprehensive means of supporting electricity production via highly-efficient co-generation and from renewable energy sources. It increases from one to 15 years the period for which guaranteed prices are paid to green energy producers.

“This law optimises the functioning of the electricity market in the segment of renewables and creates a stable economic and administrative environment for their development,” Vahram Chuguryan, spokesperson for the Economy Ministry, told The Slovak Spectator. “In particular, guaranteeing power purchase prices for 15 years represents significant support for construction of facilities producing electricity from renewable sources. Since this law was published, the number of applications for construction of energy facilities has been increasing. Mostly these are projects for construction of solar power stations and facilities using biomass.”

With regards to energy security and the country’s energy mix, Vojtech Hollan, the spokesperson of the Energy Centre Bratislava, a non-governmental consulting organisation which promotes the rational use of energy and utilisation of renewable sources of energy, notes that Slovakia imports 90 percent of its sources of primary energy as natural gas and nuclear fuel from Russia. Hollan said that the January gas crisis as well as any potential future gas crisis should act as a warning that it is not possible to rely on the principle that those who pay, receive the energy.

“Renewables are able to cover one quarter of the current energy needs of Slovakia,” Hollan told The Slovak Spectator, adding that Slovakia’s economy requires four times more energy than is the average for the EU25 economies from the viewpoint of energy efficiency. “Along with reduction of energy consumption, renewables may play a significant role in Slovakia.”

The share of energy produced from renewables is increasing in Slovakia, especially in terms of heat production, where an increasing number of central heating units have started to replace natural gas with biomass, according to Hollan. He also expects a boom in usage of solar energy fuelled by the high prices paid for electricity produced in solar power stations. In this case, however, he thinks that the prices have been set too high, and will attract operators into the business who have no experience and are looking only to make a quick profit.

Hollan said he regards the absence of a clear framework and lack of support for heat production from renewables, where Slovakia has huge potential, as being shortcomings of the adopted legislation.

The potential of biomass

Energy specialists regard biomass as an important potential energy source in Slovakia.

“Given the conditions in Slovakia, heat production is definitely one area of the energy sector in which usage of biomass, originating from either agriculture or forestry, is fully competitive compared to gas,” Karel Hirman, the director of the Energy Policy Section at the Slovak Innovation and Energy Agency, told The Slovak Spectator.

Biomasa, an association supporting the use of biomass in Slovakia, sees increasing use of biomass, but says facilities are being built very chaotically.

“This is because there is no relevant strategy in the regions and the state has neglected to support construction of biomass-fuelled facilities,” Ladislav Židek, Biomasa’s general director told The Slovak Spectator. “Biomass is a fundamentally local source of energy, but the state has not found any system of support so far.”

According to Židek, the state continues to support natural gas and nuclear energy while avoiding use of biomass. Moreover, even in its support for renewables, the state tends to support large investors, he said.

“But usage of renewables is about something different,” he said.

The new law has not pleased the Association for Wind Energy (ZVES). It criticises the provision in the law placing responsibility for deviations in electricity production above 4 MW onto the shoulders of the producer.

“We believe that this is not completely in order, because the law this way attacks directly the essence of wind energy and its dependence on natural phenomena,” Matej Hlôška, ZVES chairman, told The Slovak Spectator. He said that nobody requires nuclear power stations to produce peak electricity output. “We do not understand why somebody requires a stable output from wind power stations by law.”

Hlôška also pointed out the requirement that an environmental impact assessment (EIA) be conducted for small facilities designed for households or mountain cottages.

“This makes such a project too expensive since the whole EIA study costs more than the wind turbine itself,” said Hlôška.

He is also critical of what he said was the bad timing of the process of setting green energy prices by ÚRSO and the insufficient time allocated for review of the tariffs.

Hlôška said that these shortcomings make him suspect that the law on support of power generation from renewables might have been adopted only to create the impression that the government supports new sources.

The Environment Ministry does not see wind energy among the most promising forms of energy for Slovakia, arguing that Slovakia does not have the proper conditions for it. It says that the places where turbines would have enough wind are in protected areas, where construction is prohibited; and in places where construction is suitable, there is not enough wind. In a previous interview the Environment Ministry also told The Slovak Spectator that it believes wind energy is an unsuitable source for the electricity grid because of swings in output.

Energy specialists expect that Slovakia will meet its commitment to source 14 percent of its energy needs from renewables by 2020.

“Slovakia may fulfil this commitment, because in the end it will support some large projects,” said Židek. But he warned that “if politicians and afterwards also the people do not acquire the conviction that we have to do something to reduce emissions in every house, and at every business, then nothing will change. For now everyone perceives this as a potential business and not as a lifestyle”.