TO BREEZE along, to hurry, to ride freely and fast, to have a deep passion for a cause, to be in fashion: all these meanings are hidden in the word “fičať”. If you want to see it used in a sentence, the Constitutional Court provides several examples. 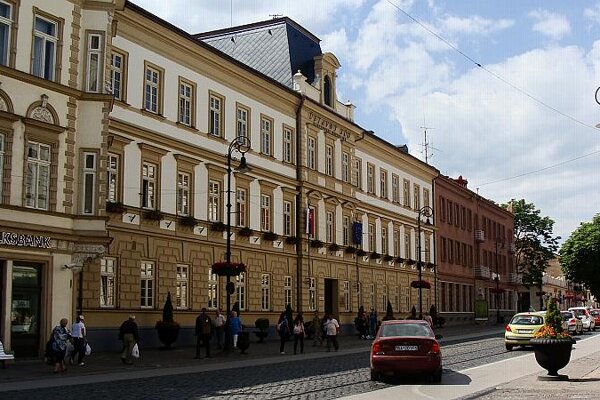 TO BREEZE along, to hurry, to ride freely and fast, to have a deep passion for a cause, to be in fashion: all these meanings are hidden in the word “fičať”. If you want to see it used in a sentence, the Constitutional Court provides several examples.

Example one: If the Constitutional Court wants citizens to take it seriously, it should “fičať”. A challenge to the law that enables the state to start building roads even on property which it does not own and which has not yet been expropriated has been sitting with the court for nearly two years. Not a single hearing had been held on the issue until last week, when the judges finally decided a simple matter – that they will indeed start dealing with the issue. It took the judge-rapporteur 22 months to establish whether the 14-page submission by opposition MPs met formal criteria and could be accepted for proceedings. In the meantime, bulldozers have been free to roam private land.

Example two: Thanks to the Constitutional Court, the day will not be delayed when cars can “fičať” over private property. The disputed law stipulates that it is not only possible to start building roads, but also enables the state to put them into use even if property ownership rights are still unresolved. If the court needs more time to deal with the issue, and previous examples show it can take years before a verdict is reached, then fine. But upon accepting the case for further hearing, it should have used its right to temporarily withdraw the legislation from force. The logic is simple – the damage which is being done to private property will be impossible to repair. No one will rip up down the concrete of a highway once it has been laid. When the court finally decides on the matter, a year or two from now, its ruling will have zero meaning – the roads will likely have been built by then.

Example three: The Constitutional Court does not seem to “fičať” citizens’ rights. The case above is not the first in which the court responsible for guarding fundamental rights has made difficult-to-understand decisions. A ruling by which a slim majority of its judges closed down the Special Court, which had been created to combat the most serious forms of crimes, including misdeeds by top state officials, has been called “unconstitutional” even by members of the dissenting minority, an unusually harsh evaluation of their colleagues’ work. The court has adopted strange rules, according to which only its spokesperson is allowed to speak to the outside world, which go directly against the principle of freedom of speech guaranteed by constitution to everyone, including the judges who voted by a majority to strip themselves of it. And just a few weeks ago the court allowed, through a preliminary judgement, a controversial waste dump in the town of Pezinok to be used until the court decides whether the site, which has been fiercely opposed by the town’s residents, had been developed legally. Trucks have already started dumping their loads, so the reality on the ground in this case, too, will be hard to reverse, regardless of the court’s final decision.

Is there an explanation for all this? Only that too often do special interests seem to have a say in the court’s work.

Example four: Independence does not seem to “fičať” at Slovakia’s Constitutional court.