INFORMATISATION of society and so-called e-government has become something like a magic formula for the future development of the country as Slovaks still need to queue in person at most public administration offices to deal with government matters. Slovakia’s high ambitions are pinned on drawing European Union funds available from the EU’s Operational Programme for the Information Society (OPIS). 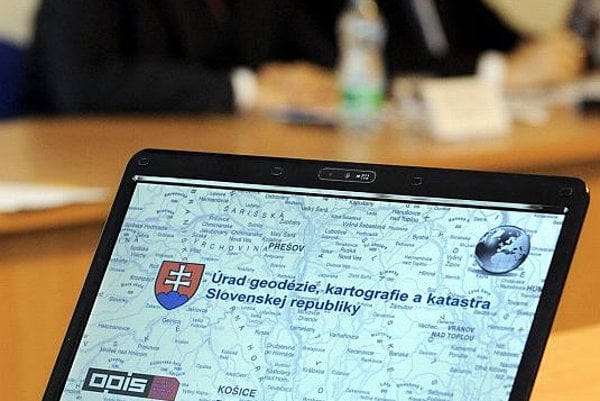 >Digitalisation of the land register is on the way. (Source: TASR)
Font size:A-|A+  Comments disabled

INFORMATISATION of society and so-called e-government has become something like a magic formula for the future development of the country as Slovaks still need to queue in person at most public administration offices to deal with government matters. Slovakia’s high ambitions are pinned on drawing European Union funds available from the EU’s Operational Programme for the Information Society (OPIS).

Pavol Bojňanský, general director of the informatisation of society section at the Finance Ministry believes that the first tangible results flowing from OPIS should be visible next year when the first Slovaks could receive their electronic identification cards with an electronic chip, along with a reading device to obtain electronic services via the internet.

“The services of the land register should be among the first electronic services,” Bojňanský said during the international ITAPA Congress, as cited by the SITA newswire. This meeting on the use of information technology in public administration, which Slovakia organises every year, took place in early November in Bratislava.

Bojňanský does not see the current informatisation of Slovak society in a very optimistic light as Slovakia placed third from bottom in the latest ranking of EU countries published annually by Brussels. There is also time pressure as Slovakia should have already spent the first batch of funds allocated by the EU for this purpose, €140 million in 2007. Under the current setting, these funds must now be spent by the end of 2010, according to Bojňanský.

“The current condition of the technological-communication infrastructure of e-government on the central level cannot be considered as satisfactory,” Michaela Sabolová, from the department for coordination and control of OPIS at the Slovak Cabinet Office, told The Slovak Spectator. She said the technological and communication infrastructure of territorial administration is significantly below the required level, especially in the areas of hardware and internet access coverage.

“Completion of the necessary infrastructure with a maximal usage of the existing technological and communication environment is a necessary precondition for Slovakia to communicate with the electronic part of Europe as well as the world,” said Sabolová.

OPIS is a reference document on the basis of which EU structural funds will be provided for informatisation of society projects between 2007 and 2013.

“Within OPIS, Slovakia has at its disposal more than €1 billion for informatisation of society projects in 2007-2013, while a large portion of this sum is allocated for e-government projects,” said Sabolová. “For the time being, real implementation of the first projects is just starting.”

These resources will be used in Slovakia in accordance with the overall strategy of the European Union in building a competitive European economy based on innovation and knowledge, the OPIS documents states.

The global goal of OPIS is to create an inclusive information society as a vehicle for the development of a high performance knowledge-based economy.

First and foremost that means: to build modern, citizen-oriented and effective e-government services; to create first rate digital content; and to make broadband internet access available to every citizen, including the elderly, disabled and socially-disadvantaged citizens.

According to Sabolová, the most important step for successfully building e-government in the near future will be submission of quality and flawless projects, applications for non-repayable contributions which will be approved fast and without any delays. It is also important that orders for goods and services for approved projects are carried out on the basis of well-prepared and transparent public procurement.

“Last, but not least, it is of key importance to have legislation approved which will enable implementation of e-government in practice,” said Sabolová, adding that the legislative framework for informatisation of public administration has not been successfully worked out.

OPIS financial assistance is available in three priority areas, with e-government dominating. For the first priority axis, EU structural funds and co-financing from the state budget amount to €880 million for development of e-government and ICT-based services aimed at effectively providing public administration services to citizens. This includes the construction and interconnection of various public administration information systems, the Finance Ministry writes on its web site.

Widespread access to broadband internet is an inevitable condition for greater citizen use of e-government.

Funds exceeding €113 million from the EU and state co-financing are available for this priority axis.

However, Štefan Dobák, a member of the board with the IT Association Slovakia (ITAS), a professional association representing the most significant local and international companies operating in Slovakia in the field of information and communication technologies, actually perceives the effort as interference by the government in a basically well-functioning business environment. He believes that development of services which will naturally create demand for broadband internet should serve as the driving force for higher broadband internet penetration.

Dobák is also critical about how the whole process of informatisation of society in Slovakia has been handled, seeing preparation of too many documents and extensive expounding of strategy as behind the delays.

He is afraid that the current strategies are too extensive and that in the end Slovakia will not have enough time to carry out all the projects and use all the funds that Slovakia could draw from OPIS.

“One should realize that if €140 million is not spent by the end of 2010, Slovakia will lose these funds,” said Dobák, adding that people should realise that this is not anonymous money from the European Union but that three quarters of these funds originates from Slovaks’ taxes which Slovakia pays to EU as its regular contribution.

“Waiting for projects to be carried out within OPIS has created deficits in the informatisation of society within the state administration, but in the end somebody will have to carry out these processes and pay for them,” he said.