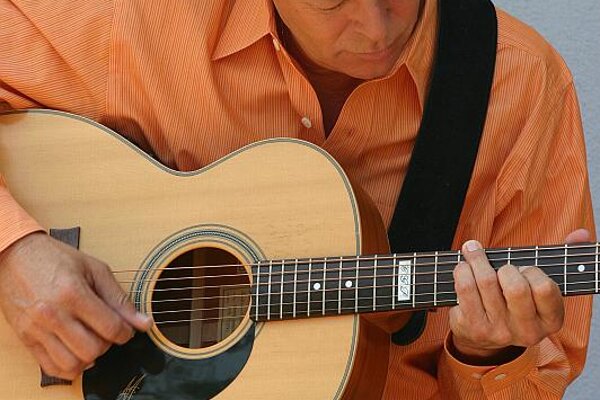 TWO-TIME Grammy nominee Tommy Emmanuel, a successful Australian guitarist with a professional career spanning almost five decades, will appear in Bratislava on November 21. The 54-year-old artist’s particular style of playing, which consists in using all ten fingers, has made him one of the most respected guitarists worldwide and enabled him to cooperate with stars such as Tina Turner, Stevie Wonder, Sting and Eric Clapton. Emmanuel will share the stage with his special guest, the Martin O’ Connor Trio, named after its leader, noted Irish accordionist. The concert will be held at the Istropolis Culture Centre at Trnavské mýto 1, starting at 20:00. Tickets cost between €25 and €35. For more information, call 02/50 22 87 39 or go to www.gedur.sk.


LIVE MUSIC: A Concert for the Aware – The Pohoda Agency and the Fair-Play Alliance watchdog NGO have prepared this mini-festival celebrating the fall of the Iron Curtain. The concert by The Plastic People of the Universe and the screening of a new Slovak documentary, Good Morning, are the highlights.

Mendelssohn at Pálffy’s – Moyzes Quartet, the well-known string ensemble from Skalica, gives a concert at the 200th anniversary of the birth of Slovak composer Felix Mendelssohn-Bartholdy.

Ritro Slovak Open – This women’s and men’s tennis championship offers dramatic matches between some of the most successful players from both Slovakia and abroad.

Organissimo – A series of four chamber concerts, the proceeds of which will be used for the renovation of a precious 19th century organ at the Pezinok Parish Church.


EXHIBITION:A NEW permanent exhibition has been opened in Žilina, showcasing the works of one of the most outstanding artists in Slovak history, Vincent Hložník. Placed in the Považie Art Gallery, it is a collection of oil, watercolour and crayon paintings produced between the 1940s and 1990s. Portraits, still lifes and scenes of everyday life, though reflecting strong cubist and Civilist influences, have such a distinctive style that they gave rise to a completely new artistic movement, which asserted itself in Slovakia in the middle of the 20th century. The exhibition can be viewed for the admission of €1 Tuesday through Friday from 9:00 to 17:00 and on weekends from 10:00 to 17:00 at M. R. Štefánika 2. Further information on 041/5622-522 or www.pgu.sk.

20 Years of Freedom and Democracy – One of numerous events celebrating the Velvet Revolution, with compositions by Felix Mendelssohn-Bartholdy, Joaquín Rodrigo, Martin Jánošík and Antonín Dvořák.

Terror – Alice Cooper, who calls himself the King of Theatre Rock, takes the audience on a journey which should be terrific in all senses of the word.