Catering to the elite

THE CHANGE in the political regime 20 years ago not only brought democracy and freedom to Slovakia, but also new business opportunities and fertile soil for the growth of a new class of people – the super wealthy. As they emerged, private bankers arrived in the country to provide highly specialised services to this exclusive group of high net worth individuals. 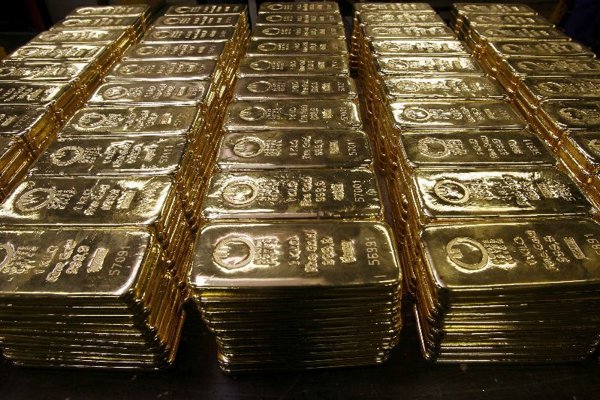 THE CHANGE in the political regime 20 years ago not only brought democracy and freedom to Slovakia, but also new business opportunities and fertile soil for the growth of a new class of people – the super wealthy. As they emerged, private bankers arrived in the country to provide highly specialised services to this exclusive group of high net worth individuals.


The origin of wealth is one of the main differences which private bankers see in Slovakia when compared with abroad.

“Slovak private banking clients are, in the great majority of cases, people who earned their money during the last 20 years, while in the West, for example in Switzerland, private banking clients are mostly people who have inherited their fortunes,” Andrej Zaťko, a member of the management of J&T Banka, told The Slovak Spectator. “As a consequence, they have a completely different view of their money and require completely different services.”

As elsewhere in the world, private banking clients in Slovakia are extremely successful people, who require above-standard services and maximum revenue with minimum risk.

Since this segment in Slovakia is relatively young the clientele is diverse and not yet profiled. Some private bankers regard their clients as more conservative than those abroad while the experience of others is that they do not want to miss any opportunity to make more money from their current assets.

Michal Maxim, a manager in Slovakia for KPMG, a global audit, tax and advisory services company, estimates that the total number of private banking clients in Slovakia is between 10,000 and 20,000, but that the top high net worth individuals may use the services of foreign private banks. The total volume of assets may exceed €3 billion, but many clients have more funds in current accounts or abroad, according to Maxim.

Slovak private banking emerged in Slovakia at approximately the start of the current century. Now there are three banks focusing exclusively on such prime clients within the country: J&T Banka, Privatbanka and the Slovak office of Banque Privée Edmond de Rothschild Europe. Beside these, many retail banks have specialised departments catering for such clients.

The conditions under which it is possible to become a private banking client are not strictly set and differ from bank to bank.

At J&T Banka the minimum assets required amount to €100,000, but Zaťko sees €1 million as a starting amount necessary for making an effective administration of assets with a proper spread of risk.

The lower limit for actively controlled portfolios at Privatbanka is €170,000.

At the Slovak office of Banque Privée Edmond de Rothschild Europe, the sum is in millions of euros, but according to its director, Svetlana Dankovičová, the amount varies because not just the size of the first deposit but also the potential of the client is taken into account. At VÚB Banka clients needs €166,000 to become a private banking client, while at UniCredit it is €130,000 and at Tatra Banka €200,000.

“We could see fast growth in the private banking sector in recent years,” said Maxim of KPMG. “Many banks even reported double digit year-on-year increases in some years.”

At first, it was primarily retail banks via their specialised departments that offered clients services and products from their own groups; only later did private bankers arrive, with customer services provided on a more personal basis.

“In Slovakia, so-called closed architecture dominated. This means that banks, to the maximum possible extent, offered their clients products and services from companies within their own group,” Michal Šubín, director of Private Banking at Privatbanka, told The Slovak Spectator. “From the very beginning, the ambition of Privatbanka was to offer a high rate of individuality, product independence and effectiveness. We continue to pursue these priorities.”

Private bankers admit that the global economic crisis has hit their clients, though not as hard as those living hand to mouth. Their holdings have slimmed, depending on the form in which they keep their assets, as well as on the business in which they are involved.

“People who own manufacturing companies, they may feel the effects of the crisis,” said Zaťko, adding that now such people often use their private funds to keep their businesses afloat.

“But the crisis also forced them to think more about what they are doing as well as about investments and putting some money aside for the future,” he said. ”And thus I say that we needed this crisis a bit. After long years of growth it is a kind of wake-up from a dream. People have changed their priorities.”

Dankovičová sees the crisis as providing a great lesson for all banks and financial institutions around the world.

“In the private banking sector the crisis is also an indicator of the ability to protect clients’ assets during the most difficult times,” she said. “For private banks which have confirmed that they can manage this, the crisis has turned into an opportunity. But those which have failed have a problem with the crisis.”

According to Šubín, the last two to three years have shown how big the difference is between purchasing a product and an individually controlled portfolio tailored for a specific client, as well as the difference between closed and open architecture.

UniCredit Bank’s experience is that people began focusing on conservative investing, according to Raymond Kopka, the director of private banking at UniCredit in Slovakia.

“The current crisis has taught clients to observe the basic relationship between yield, risk and liquidity,” Peter Guľvaš, director of the private banking department at VÚB told the Spectator.

From the banks’ point of view, revenues have been hit by declining assets values, fewer structured products, generally lower yields and growing preference for ‘safer’ holdings such as cash, bonds and real estate, according to Maxim.

“Despite the crisis, however, the mood among private bankers remains optimistic,” he said. “Speaking with 100 senior private banking executives from 17 countries around the world, a recent KPMG survey entitled ‘Hungry for more?’ found that their view of growth prospects in the sector, while lower than in previous years, remains positive.”

In Slovakia, according to Maxim, those private banking clients who focused on long-term high-yield investments may have incurred significant losses. However, most investments have been of a short-term, conservative nature.

“Generally, private banking clients have quite a good understanding of risks and do not seem to panic in the event of negative yields,” said Maxim.

The Slovak market for private banking is still in its early stages and belongs among the most dynamic segments in the banking sector in Slovakia, according to Kopka. Private bankers estimate that there are still a lot of potential clients who use traditional retail products, and thus the specialised services of private bankers would open new opportunities for them.

“In the future, clients with higher assets will face several challenges to maintain the value of their property,” said Šubín. “A gradual increase in interest rates, maybe high inflation, could be expected. These are factors bringing threats as well as opportunities.”