THE SLOVAK banking sector has not been critically hurt by the global financial crisis. None of the banks operating in Slovakia have gone bankrupt or needed rescue packages from the state. But neither could they entirely escape the impacts of the subsequent economic downturn since they operate in a country with an open and export-oriented economy. 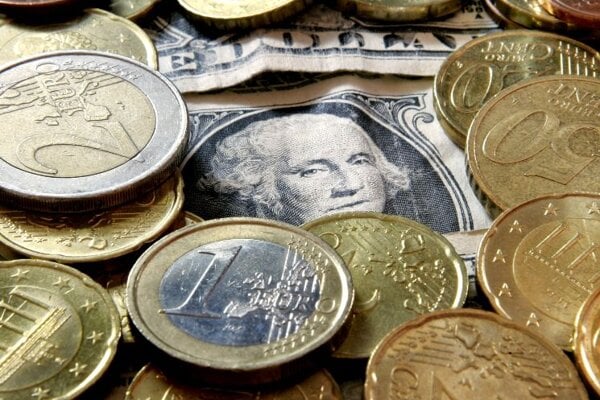 THE SLOVAK banking sector has not been critically hurt by the global financial crisis. None of the banks operating in Slovakia have gone bankrupt or needed rescue packages from the state. But neither could they entirely escape the impacts of the subsequent economic downturn since they operate in a country with an open and export-oriented economy.

Slovakia’s banking sector closed the first three quarters of 2009 with an aggregate profit of €259.56 million, a drop of 52.3 percent compared with the same period last year, the National Bank of Slovakia (NBS) said in late October, as cited by the SITA newswire. The central bank ascribes the fall in profits to the adoption of the euro at the beginning of 2009 which reduced banks’ income from foreign exchange operations as well as preparation for an expected increase in failing loans due to the economic crisis. A decrease in the number of new loans was another reason behind the lower profits, the NBS said.

The biggest bank in Slovakia, Slovenská Sporiteľňa (SLSP) closed the first three quarters of 2009 with a taxed profit of €48.81 million, a fall of 66.1 percent year-on-year while the consolidated taxed profit of the SLSP group decreased by 71 percent y-o-y to €40 million.

When commenting on the nine-month results Štefan Máj, vice-chairman of the SLSP board of directors said that the bank’s operating profit remains high and at a level comparable with last year.

“The difference between the taxed profits as of September 30 compared with the same period of 2008 was caused especially by three factors,” he told The Slovak Spectator. These were the positive one-off revenues linked with the sale of Poisťovňa Slovenskej Sporiteľne, which was included in the results for September 30, 2008; the planned lower operating revenues of the bank and additional operating costs linked with the introduction of the euro; and higher risk costs related to the economic situation in Slovakia and conservative attitude of the bank to risk assessment.

VÚB Group reported a drop in its taxed profit of 27 percent y-o-y, reducing its profit to
€94.9 million.

“This development was caused not only by the impact of the introduction of the euro on some operations of the bank but also by the general economic situation, which has forced banks to increase their reserves to cover risk costs,” Elena Kohútiková, the deputy director general and a member of VÚB board of directors, told The Slovak Spectator.

The nine-month taxed profit of Tatra Banka shrank by 28.2 percent to €66.84 million, according to SITA, and the reasons for the drop are the same as for SLSP and VÚB.

“The slower increase in new deals compared with last year, especially in the segment of loans, also influenced the bank’s result in a negative way,” Boris Gandel, spokesperson for Tatra Banka, told The Slovak Spectator.

Tatra Banka has adopted several measures to cut costs which are helping to mitigate the negative impacts of the crisis on the economic results of the bank. But as Gandel told the Spectator, the operations of Tatra Banka cannot be immune to the considerable worsening of the whole economy because of the size and extensive scope of its activities.

The January-September profit of UniCredit bank in Slovakia fell by 71.2 percent y-o-y to €15.5 million, according to SITA.

“In spite of the general worsening of the economic environment and the drop in revenues due to the adoption of the euro, results of UniCredit Bank in Slovakia for the first nine months of 2009 are in line with the bank’s expectations,” Zuzana Ďuďáková, spokesperson of UniCredit told The Slovak Spectator, highlighting the bank’s capital adequacy of 14.8 percent and its low proportion of problematic and failing loans which account for only 2.9 percent of the bank’s total loan volume, below the average of the entire Slovak banking sector.

The Financial Policy Institute (IFP) at the Slovak Finance Ministry notes in a report published on November 12 evaluating the banking sector over the first nine months of 2009 that the economic crisis is pushing up the volume of failed loans in Slovakia. During previous years their share of total loans was stable and below 2.5 percent. In 2009 this share has been increasing and exceeded 4.5 percent in September 2009. This has been reflected in an increase in reserve provisions by banks. According to the report, the creation of net reserves amounted to €316 million during the first nine months of 2009, which is a significant increase compared with €118 million for the same period of 2008.

“This means that the banks are already directly feeling the worsening of the economic situation via the increasing inability of companies and the population to settle their loans,” reads the report.

Euro had costs for the banks

During the first nine months of 2009 the adoption of the euro made a hole in the budgets of commercial banks by reducing the fees from foreign exchange operations by as much as 73.7 percent to €61.1 million.

For SLSP, the implementation of the new currency had a significant influence on its performance.

“The new currency is very positive for the economy of Slovakia, but for banks it meant higher costs and a drop in revenues from foreign exchange transactions,” said Máj.

Costs for implementation of the euro for SLSP were linked with operating costs and investments needed to secure trouble-free transition to the new currency. According to Máj, total expenditures for the bank’s euro project for 2007-2009 were about €31 million.

VÚB perceives the influence of the arrival of the new currency on two levels.

“With regards to the expenditures, VÚB Group spent €18.6 million on the arrival of the euro while the larger portion of these expenditures were carried out in 2008,” said Kohútiková of VÚB, adding that the original estimate was about €20 million and thus the bank had managed to handle the whole process in a more effective way. “On the side of revenues we expect a drop in revenues of about €30 million in 2009. Within the structure of revenues, all the main important segments are affected, but revenue from exchange trading is, of course, the most.”

Tatra Banka believes that adoption of the euro and the entry of Slovakia into the European Monetary Union should be perceived in a positive light from the strategic and long-term point of view, even though its adoption meant an expected drop in revenues for Tatra Banka, according to Gandel.

It is obvious that the economic crisis, contrary to the earlier financial crisis, is having an impact on Slovakia’s banking sector, the Financial Policy Institute (IFP) wrote in its report.

“However, with regards to the extent of the current crisis the situation in the sector is still relatively favourable and banks are solving the growth of insolvency of clients in a normal way and without any threat to their operation,” Juraj Franek stated in the report.

“Slovak banks, contrary to many other banks in countries of western Europe, do not need any rescue packages from the state, they continue to reach a profit as a sector and they are keeping their liquidity and solvency without any restrictions.”