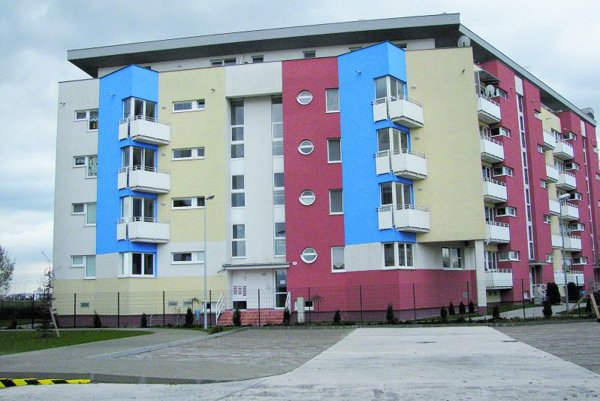 The FBI did not say where the weapons were bound, only that they were to be shipped out of the US.

US media reported that they were intended for the Hezbollah terrorist group in Lebanon, and that Tarraf had told his arms source – an FBI undercover agent – that he wanted something "for the resistance" that was capable of "taking out an F-16".

"Today, dangerous weapons have been kept out of the hands of those who would turn those weapons against the United States,“ said Janice Fedarcyk, the FBI agent in charge of the sting.

Dani Tarraf faces life in prison if convicted, while his four accomplices, including one American, face five years for dealing in stolen goods, mainly electronics.

According to US Embassy spokesman Chase Beamer, the Slovak police have been cooperating with the FBI on the case.

"We are taking the appropriate legal steps in cooperation with Slovak institutions," he said.

"The United States asked us for legal assistance," confirmed Svetlana Močková from the General Prosecutor's Office.

As the news of the arrests broke in Slovakia, police and secret service agents searched the Trnava apartment where Dani Nemr Tarraf is listed as living with his brother, Youssuf Nemr Tarraf. It is not clear if Youssuf is the man the FBI identified as Douri, since they have different dates of birth – 1973 in the FBI account, and 1969 according to Slovak public records.

Ali Yahfoufi, 40, is listed by the border and aliens police as married and living in Levice in western Slovakia. According to the Health Care Supervision Office, which pursued him this year for an unpaid health insurance debt of €68, "his whereabouts are unknown".

According to the border police, all three men have been living in Slovakia legally since 2005.

Nowhere to be found

At Dani Tarraf's Trnava apartment complex, a newly built structure in a gated community, a woman shouted down from her balcony on November 24 that plainclothes police were already searching the premises.

"I don't want anything to do with this," she said, refusing to admit journalists to the building.

Dani and Youssuf Tarraf have a limited liability company registered in Trnava, Power Express. On November 24 no one was in the office. A secretary from a neighbouring firm said she had not seen the owners for months. She said the police had already searched the premises, and that about a year before, two officers with the financial police had visited.

According to the FBI, Dani Tarraf and his accomplices had started out in 2007 buying what they thought were stolen electronics goods and computers from the FBI agent and shipping them to Slovakia, among other locations. In 2008 the agent visited Slovakia, where Dani Tarraf asked him for night-vision camera lenses and thermal imaging equipment.

In the village of Šúrovce near Trnava, where Dani and Youssuf Tarraf first rented premises for Power Express, locals had no recollection of them. They did, however, remember the German national who arranged the office space – Wolfgang Hartmann.

"He had a few companies here, they were storing things in boxes, electronics and so on," said Vendelín Szabo, the caretaker of the local school, who had assisted Hartmann in setting up in 2007.

Other firms registered at the Šúrovce address include EAS Finance & Trading, owned by Ahmed Tawfiq Saleh of Germany. Hartmann is the firm's managing director. Another company is owned by Nina Usovych of Ukraine. The director of that company is Eva Psotová, Hartmann's fiancée.

"Mr. Hartmann is engaged to marry my daughter Eva," said an old woman who opened the door of a modest bungalow in Križovany nad Dudváhom near Trnava. "He's 58, she's 39. He's been in Slovakia for a few years, but I don't know what he does. He doesn't speak any Slovak and I don't speak German."

Hartmann also has several companies listed at the current address of Power Express in Trnava. At one of them, Albis, his secretary said he had been called away to Bratislava for a meeting.

Documents in the commercial register archives in Trnava show that the legal work for Power Express was done by Piešťany lawyer Miloš Papcún, who also represents the Russian owners of the local Hotel Satelit.

Papcún said he had never met the Tarraf brothers, and that he had only handled their paperwork on the basis of a power of attorney arranged by a local Arab he knew only as "Assat".

"All I know is that he [Assat] lives here and did his university studies in Bratislava. He occasionally asks me for commercial legal work like changing ownership stakes or setting up a company."

When pressed for details about the mysterious Assat, Papcún refused.