TWO years ago, the government of Prime Minister Robert Fico decided that health insurance should not be a profit-making business in Slovakia and amended the law on health insurance so as to prohibit private health insurers from paying dividends to their shareholders. Instead, they must channel any profits back into the health-care system. 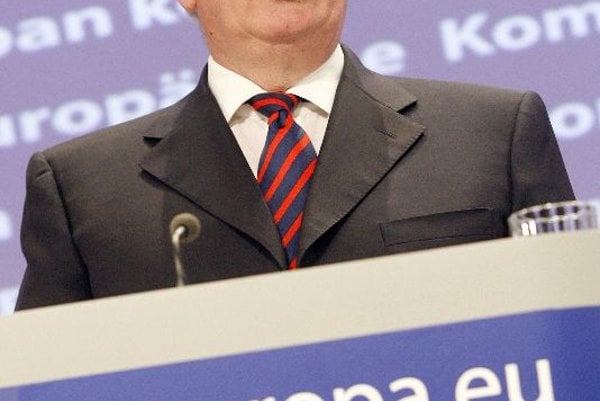 TWO years ago, the government of Prime Minister Robert Fico decided that health insurance should not be a profit-making business in Slovakia and amended the law on health insurance so as to prohibit private health insurers from paying dividends to their shareholders. Instead, they must channel any profits back into the health-care system.

Private health insurers operating on the Slovak market said at that time that the legislation was hostile to investments by major shareholders and two of them have subsequently presented their case before international courts.

Two years later it also turns out that the health insurers are not the only ones who have concerns with the legislation and now questions of restriction of the free movement of capital have emerged as the European Commission has started reviewing the legislation to determine if Slovakia has breached EU legislation.

“On the basis of a complaint received in 2008, the European Commission decided Friday last week [November 20] to send a letter of formal notice to the Slovak Republic,” Robert Drewes, the spokesman for EC Commissioner for Internal Market and Services Charlie McCreevy, confirmed to The Slovak Spectator.

This is the first step in a possible infringement case to determine whether Slovakia has breached European Union legislation, Drewes stated.

“It seems that the imposition of an absolute prohibition on privately-owned public health insurance providers from using their profits other than for the provision of public health care in the Slovak Republic constitutes an unjustified restriction on the freedom of capital movements,” Drewes said.

Now Slovakia has two months to respond to the letter of formal notice to fully clarify its obligations to the EU, Drewes added.

The Sme daily reported on November 20 that the EU suspected that Slovakia had violated European Union law by setting a cap for the annual operating costs of the health-care insurers at 3.5 percent of the collected premiums.

The EC has also apparently objected to a Slovak rule that insurers which enter liquidation or otherwise leave the market must transfer their clients, without charge, to another health insurer. The EC has started looking into that particular part of the legislation based upon a complaint by the Dutch shareholder of Union, a private health insurer operating in Slovakia.

Slovakia is already facing an international arbitration over the legislation, which was passed by parliament back in 2007.

“We are not shivering with fear,” Prime Minister Robert Fico told public broadcaster Slovak Radio at the time in response to information that the health insurers might sue Slovakia.

The health insurers are obliged for the first time to channel their profits from 2009 back to the health-care system. Shareholders of private health insurers Dôvera and Union have sued Slovakia over this requirement.

The Association of Health Insurers (ZZP) warned several times in 2007 that the legislation proposed by the government, passed in September 2007, would conflict with international agreements about the protection of investments – not only between Slovakia and the Netherlands, but also with EU law and Slovakia’s Constitution, according to ZZP director Eduard Kováč.

“One of the most serious objections is that the adopted legislation has interfered with the ownership rights of shareholders,” Kováč told The Slovak Spectator.

Kováč added that the state can interfere with ownership rights only if certain conditions are met: the intervention is unavoidable; it is demonstrably in the public interest; and there is adequate reimbursement.

As for the impact the legislation has had on private insurers operating in the Slovak market, Kováč said that the “intervention in ownership rights has been causing serious financial losses to shareholders”.

Kováč said it should be recalled that the current government, in its programme approved on August 4, 2006, stated that no changes would be made to the health-care legislation that would damage Slovakia’s reputation by failing to provide sufficient protection for foreign and domestic investments.

Despite this declaration, the cabinet on May 23, 2007, tasked the health minister with submitting draft legislation to eliminate the distribution of any profit to shareholders from the health insurance system in Slovakia, Kováč added.

Kováč also referred to a statement reportedly made by Prime Minister Fico to Slovak Radio in May 2007.

“We want to achieve one public health insurer: conditions will be created which will not be interesting for the private health insurers; we want to push them out from this space,” Kováč said Fico stated at that time.

Fico said in 2007 that the amendment would not harm the health-care insurers but would only prevent them from profiting from public resources.

“What is happening now clearly reveals what the health-care reform organised by Mr. (Rudolf) Zajac, Mr. (Mikuláš) Dzurinda and Mr. (Ivan) Mikloš was all about,” Fico told Slovak Radio’s Saturday Dialogues political talk show in late October 2007, referring to several previous leaders of the government. “The point was to allow someone, mainly foreign firms, to access public resources and gradually carve off huge profits from these resources. People are now required to pay money for insurance premiums to the insurers and it is absolutely unacceptable to us to allow someone to keep part of this money.”

The Health Ministry argued that the legislation would help the health insurance market, health-care providers and patients.

“As the volume of finances flowing from the health insurers to health-care providers increases, the quality of the health care that is provided will improve as well, along with reducing the waiting time for some planned procedures,” the ministry told The Slovak Spectator at that time.

The ministry also argued that the legislation would lead to more modern health-care equipment and more space to increase wages for physicians and nurses.