THE WALLETS of Slovaks are getting stuffed full of loyalty cards as almost every major player in the Slovak retail market has introduced them in an effort to build a better relationship with their customers. They hope to distinguish themselves from other retailers and offer their customers more than their competitors - even though each has the same goal: to keep existing customers, to recruit new ones and to identify their shopping habits better. 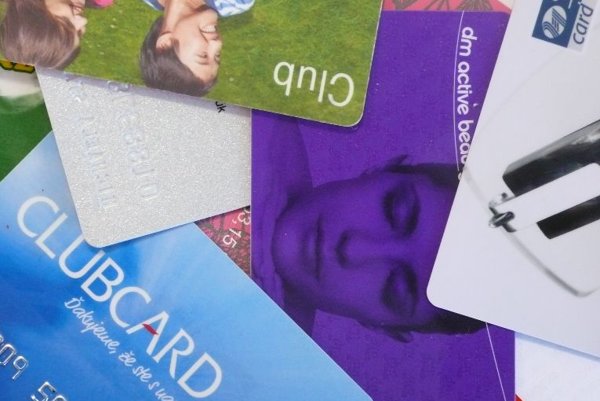 THE WALLETS of Slovaks are getting stuffed full of loyalty cards as almost every major player in the Slovak retail market has introduced them in an effort to build a better relationship with their customers. They hope to distinguish themselves from other retailers and offer their customers more than their competitors - even though each has the same goal: to keep existing customers, to recruit new ones and to identify their shopping habits better.

Loyalty schemes enable retailers to reward regular customers, to entice them to return again and to target their needs and wishes. On the part of the retailers, it is a more effective way to monitor and adjust their offers, their warehouse stock and to plan both regional and national logistics.

Local companies COOP Jednota and the Nay chain have several years of experience with loyalty cards in Slovakia, while international retailer Tesco only recently launched a unified card here. The dm drogerie markt chain just replaced its previous loyalty programme with a card system. In each of the loyalty programmes, customers’ benefits are usually based on the volume of their purchases.

“During times when a consumer in the Slovak market is not among those faithful [to a particular company], this way of binding a customer to regular shopping is very important,” Jozef Orgonáš, the secretary general of the Slovak Association of Commerce and Tourism (ZOCR) told The Slovak Spectator. “In this way they generate repeat shopping and the seller is better able to identify the needs and the shopping frequency of customers.”

Ľubomír Drahovský, a market analyst with Terno, a market survey agency, also views loyalty cards as an important tool to help retail chains keep existing customers and acquire knowledge of which goods are purchased more frequently and then to adjust the assortment offered in individual regions.

“Retail chains can further use the information they get from shopping habits,” Drahovský told The Slovak Spectator. “The cards tell retailers who is shopping, how much money is spent, in which regions and what kinds of purchases, and that is very important. In the regions, differences in the frequency of shopping affect logistics and distribution of goods. The cards also reveal regional preferences in goods.”

This is especially a benefit for COOP Jednota, the biggest retailer of food products in Slovakia, with over 2,400 outlets across the country.

The experience of COOP Jednota with loyalty cards dates back to 1995. In that year six of the then Jednota’s 30 regional consumer cooperatives offered loyalty cards to members, but the validity of these cards was limited to each region.

“Since these cards were very popular among our customers, COOP Jednota group launched a unified loyalty card in 2004,” Martin Katriak, vice chairman of COOP Jednota Slovensko told The Slovak Spectator. The company had issued almost 740,000 cards by late November this year.

Katriak believes that COOP Jednota’s customers are satisfied with the loyalty programme because over 45 percent of its total retail turnover was accounted for by shoppers using the loyalty cards last year.

“Under the current competition, we consider this to be a success,” said Katriak. “In 2008, outlets of COOP Jednota paid out discounts of about Sk210 million (€6.97 million) to loyalty card holders.”

Under COOP Jednota’s loyalty programme, customers get a discount calculated from the total volume of purchases made at any of the COOP outlets across Slovakia. Customers can also use the card and enjoy benefits with firms partnering with COOP Jednota, such as travel agencies, household appliance shops and firms selling other goods. According to Katriak, services provided by the UNIKASA payment system and having the option to get cash-back after a purchase are also considered as indirect benefits for customers stemming from its loyalty programme.

The Tesco retail chain introduced its loyalty card in Slovakia just a few months ago. The aim of the loyalty programme, which Oľga Hrnčiarová, the corporate affairs manager of Tesco, described as unique to The Slovak Spectator, is to thank customers for their loyalty and to motivate them to return to Tesco for additional shopping.

“The programme brings large advantages for cardholders and helps them save money, which is very welcome during the current period of economic crisis,” Hrnčiarová told The Slovak Spectator. “Our experience exceeded our expectations. During the first four weeks since the nationwide launch of our Clubcard more than 500,000 people have become cardholders. Together with people who registered for the card during the pilot phase in Košice and Moldava nad Bodvou we now have more than 600,000 cardholders. This launch in Slovakia makes it the most successful country out of all those in which the Clubcard programme is active.”

Tesco launched its pilot programme in June 2009 and extended it to all 75 of its outlets on September 21. It reports that over 60 percent of all purchases are now made using its loyalty cards. Customers collect points for each euro spent in Tesco stores under the programme. Each quarter of the year Clubcard holders will receive a letter with information on how many points they have accumulated and then receive vouchers to purchase goods in any Tecso store. Additionally, customers receive special coupons with discounts for specific products.

Nay, which sells household electrical appliances, was one of the first retail chains to launch a loyalty system in Slovakia, in 1999.

“Now the Nay Extra club has almost 500,000 members with about 5,000 new members joining each month,” Laura Ondriášová, manager for external communications of Nay, told The Slovak Spectator. “The fact that in 2008 more than one half of Nay’s turnover was generated by members of the loyalty club shows that this system is interesting for our customers. Last year they obtained discounts exceeding a total of €3 million.”

The mechanism of the Nay Extra club is simple: a club member gets a minimum discount of 3 percent and it can increase to 8 percent depending on the volume of past purchases made. In addition, customers receive a certain number of points based on the value of their purchase and these points are worth €1 towards future purchases. Moreover, customers can activate a payment function as part of their Nay loyalty card and then use it like a bank card to pay in any other store and collect points from Nay.

Nay plans to use information on its customers' shopping habits to make more targeted offers for individual segments of its customer base.

One of the leading drugstore chains in Europe, dm drogerie markt, changed its loyalty programme in Slovakia on October 1. Its previous model required the collection of points fastened to a paper card; this was replaced with a plastic card that can be scanned. When using the new card a customer collects points based on the volume of purchases.

“The new card has brought a higher comfort level for customers and also better interaction and communication with customers,” Nicol Noseková, the head of marketing at dm drogerie markt told The Slovak Spectator.

“The new loyalty programme enjoys high interest from our customers with almost 230,000 people having registered in less than two months.”

According to Noseková, the previous scheme did not permit active dialogue with customers, development of a database of customers or a method for feedback. The new system enables dm drogerie markt to reward loyal customers and to employ all the modern tools of marketing and communication with customers, she said.