‘Utter woe betides a nation that ignores her history’

HIS EXILE was both involuntary and unplanned, yet he says he has never regretted his departure. Thousands of kilometres away from home, he had to start from nothing. But he soon gained renown greater than writers considered loyal to the totalitarian regime. Today, when he can freely visit his homeland, he stresses the importance of a country remembering its past and learning lessons from it. 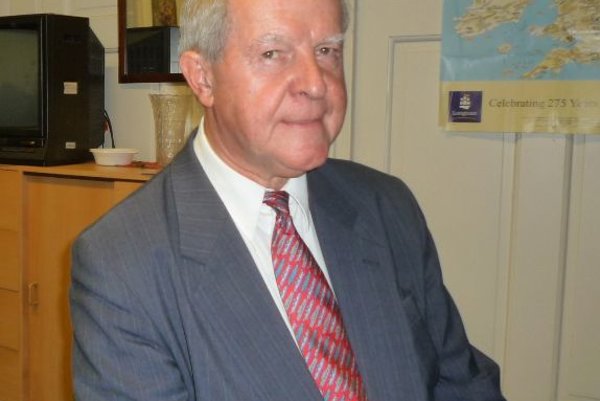 HIS EXILE was both involuntary and unplanned, yet he says he has never regretted his departure. Thousands of kilometres away from home, he had to start from nothing. But he soon gained renown greater than writers considered loyal to the totalitarian regime. Today, when he can freely visit his homeland, he stresses the importance of a country remembering its past and learning lessons from it.

Ilja Čičvák, author of several novels and books of poetry, who has now lived in Canada for more than four decades, recently toured Slovakia to talk about his works and life. The Slovak Spectator took the opportunity to speak to the writer when he was in Bratislava.


The Slovak Spectator (TSS): Leaving one’s homeland is not an easy choice to make and people may spend years mulling over the decision. You, however, did not have this luxury of time...

Indeed, it still turns my stomach when I recall it. I worked as a journalist and I occasionally wrote short stories and novels, none of which was ever published in book form because they did not conform to socialist realism. Then, when the Russian troops invaded Czechoslovakia, they naturally looked for someone to blame and I happened to be among the undesirable persons.

One evening I found an announcement in the newspapers stating that the following day would be the last one before journalists’ visas would be cancelled. So I went out, bought a paper suitcase, the only kind they had in the shop, packed what I could and went to the Austrian border. When I was crossing it, literally in the last minute, the customs officer told me: “Good luck. If I didn’t have three children, I would go with you.”

TSS: When you arrived in Canada, you were finally free to write what you wished, but did you have any readers?

I did, and they were not few, though not in Czechoslovakia where all my writings were, of course, blacklisted. My first novel, entitled Vyvolávanie slnka (Raising the Sun) and completed in the early 1970s, is a tragic story of two young people whose love for each other inspires them to dream of an ideal society.

Another one, Keď bohovia nemrú (When Gods Don’t Die), which I completed soon after, describes the personal struggle of an individual against the communist terror.

Both these books, as well as my poetry, gained acclaim throughout the Free World: dozens of copies were distributed to departments of Slavonic studies at various universities in the US, Britain, Australia and elsewhere.

Unfortunately, it took 35 years before my compatriots were able to read them, but the fact that they are gradually being published in Slovakia proves that people are still capable of compassion for human suffering and condemnation of senseless cruelty.

TSS: Do you think your works have remained topical even though Slovakia is now part of what you just called the Free World?

Definitely yes. I recently took a stroll through the famous cemetery in Martin where some of the most respected Slovak men of letters are buried and my eye was caught by an inscription on one of the tombstones: “Alas for a nation with no history of her own, but utter woe betides a nation that ignores her own history.”

So you see, if people want to influence the development of our social, political or cultural life, they necessarily have to be acquainted with our past. Only in this way can they understand their own faculties and believe in their power to change the world.

TSS: To express opinions that differed from the Communist ideology required, of course, a high degree of courage and moral heroism. Still, do you sometimes regret not having “held your tongue”? If you had done so, you could have stayed in your country and perhaps enjoyed even greater success.

If I left Slovakia in 1968, it was because I could not do otherwise. The reason is that I have always had respect for myself and I just could not sell myself out to principles I did not approve of. And above all, I refused to give up my freedom of expression. Socialist realism portrayed people as happy and light-hearted but it somehow missed the fact they were trapped behind barbed wire. It is as if you wrote about a merry celebration but did not add that it was being held in a concentration camp. This is brainwashing. So, to come back to your question, I do not regret a day of my exile. If I had stayed in Czechoslovakia I would have been obliged to prostitute my values. My exile, on the contrary, despite having been difficult, enabled me to preserve my personal character.