The Beverly Hills of the Záhorie region

ZÁHORSKÁ Bystrica, together with Dúbravka, Devínska Nová Ves and Lamač, are today parts of Bratislava. But when this photograph was taken by Eduard Hollub from Stupava in 1925, they were all independent towns. 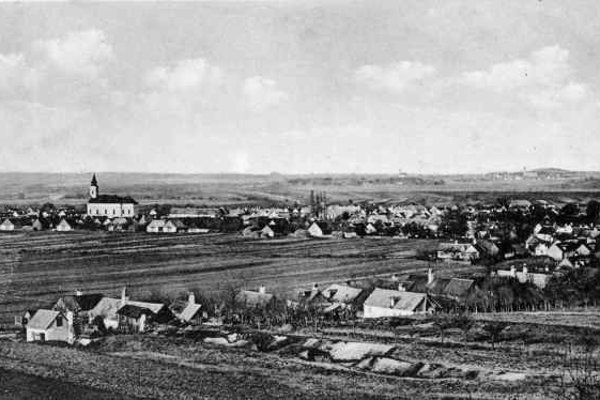 ZÁHORSKÁ Bystrica, together with Dúbravka, Devínska Nová Ves and Lamač, are today parts of Bratislava. But when this photograph was taken by Eduard Hollub from Stupava in 1925, they were all independent towns.

In those times, Záhorská Bystrica was surrounded with fields and meadows. These have now been replaced by fashionable neighbourhoods, known locally and familiarly as the Beverly Hills of Bratislava.

The town was one of the first in Slovakia to harbour Croatian refugees who fled Turkish rule. The first families from the Balkans are said to have arrived in Záhorská Bystrica in 1529 and hundreds of others followed in succeeding decades.

So numerous were the immigrants that historical records sometimes refer to the settlement as “Bystricz, the Slovak-Croatian village”.

Naturally, such cohabitation was not entirely without problems. Nevertheless, for Gaspar Serédy, at that time Bystrica’s most influential landowner, using the low-cost Croatian labour force was extremely profitable. Croatians were given either public land or fields that were before held by Slovaks.

However, the major cause of bad blood between the two nationalities was that the Croatians were not required to pay higher taxes than the Slovaks even though they were, at least at the beginning, labelled as less efficient.

Záhorská Bystrica was long considered to be the most affluent town of the region, especially thanks to its fertile soil where vegetables, mainly cabbage, flourished better than anywhere else. These products were sold at markets in Bratislava or, even more advantageously, in the nearby city of Vienna.