The Slovak residential real estate market has not escaped the effects of the global economic crisis. After the preceding boom in new housing projects triggered by economic growth and high demand – when new units were sold even before builders had time to realise the visions of the architects – the situation has changed completely. Now it is the customer who rules the market. Developers, in an effort to sell apartments in their new projects, are offering incentives in the form of special equipment or free parking places. But customers are thinking twice before they buy an apartment, bearing in mind their current financial situation and future prospects. 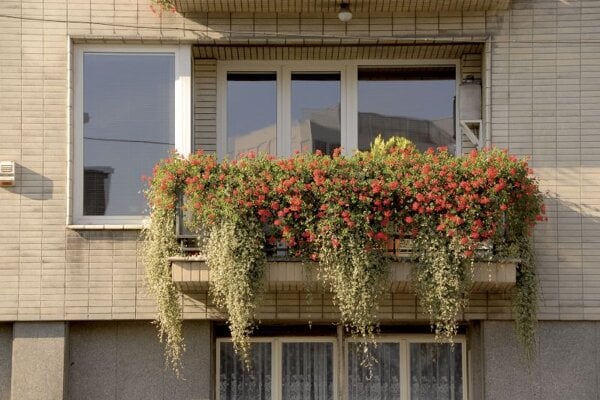 The Slovak residential real estate market has not escaped the effects of the global economic crisis. After the preceding boom in new housing projects triggered by economic growth and high demand – when new units were sold even before builders had time to realise the visions of the architects – the situation has changed completely. Now it is the customer who rules the market.

Developers, in an effort to sell apartments in their new projects, are offering incentives in the form of special equipment or free parking places. But customers are thinking twice before they buy an apartment, bearing in mind their current financial situation and future prospects.

“During the last six to twelve months apartment prices have changed significantly in Slovakia, in particular in the case of older apartments, the price of some of which have fallen by as much as 30 percent,” Filip Žoldák from Lexxus real estate agency told The Slovak Spectator in October. “New apartments have not registered such a deep drop, shrinking by 5 percent, thanks also to a change in the profile of the property on offer. But it is possible to negotiate on price in each project and obtain discounts of up to 10 percent in the form of a lower price or in the form of a specific bonus such as a parking place or extra equipment for the apartment.”

Daniela Danihel Rážová, head of the Association of Real Estate Brokers, agrees, and sees room for a further drop in the prices of older apartments.

“The prices of old apartments have gradually decreased and currently the price offered has more or less stabilised, with about one half [of apartments] being offered at realistic prices and the rest still being offered at higher prices than buyers are willing to pay,” said Rážová. “Sales of new units continue to stagnate as developers are not willing to change prices significantly. Because of this apartments in new developments are being sold very slowly.”

What the data say

Bratislava Region registered the biggest year-on-year drop in prices, down by €288 to the Q2 average of €1,731 per square metre. It was followed by a €273 drop in Košice Region. Nitra Region ended the second quarter of 2009 with a drop in average per-square-metre prices of just €24.

In spite of these drops, prices for residential real estate have not returned to the levels of 2007, when the average price was €1,238 per square metre, according to central bank data.

When commenting about the drop in Bratislava Region, Rážová said that “this is because the price of real estate grew the most here”.

According to Žoldák, those regions in which prices rose and neared the levels of the capital are now experiencing the worst situation and will have trouble returning to their previous levels.

People are most interested in completed new apartments at prices from four years ago. There is still interest in old apartments at an acceptable price, according to Rážová.

Žoldák agrees that people want to see an apartment before they buy it.

“People prefer to see the apartment, to feel it, to walk through it,” said Žoldák. “This is the biggest change when compared with the situation two years ago. While two years ago apartments were sold when they were still just on paper and there were waiting lists for individual apartments, nowadays only those who really need an apartment buy it and these people want to move in as soon as possible.”

The current market can be labelled a buyers’ market, according to Žoldák. Supply is extensive and is responding to demand; developers are trying to react in a flexible way to demands of the market and buyers, he said.

But Rážová thinks that the situation has not changed significantly.

“Many developers have not responded yet to current demand as they either cannot or did not want to adjust prices; simultaneously, many projects have problems being completed,” she said. “Since clients want to invest in certainty, i.e. complete apartments, projects under construction thus have a problem with being covered by finances and thus also with completion.”

Market watchers do not expect another steep drop in prices. This is partly because the boom in construction of new apartments was halted and so supply of new units will be limited in the future.
“Because construction of only a very small number of new apartments will be launched over the next year, in general I do not see a big space for another drop in prices,” said Žoldák.

But he believes that certain projects, whose prices are still too far above the average or which do not meet the expectations of buyers will not be able to avoid a reduction in prices. He also thinks that the value of apartments in concrete buildings which have not undergone reconstruction will decrease as well.

Rážová also expects only a moderate drop in prices of property actually offered on the market.

“Everything will depend on potential new unexpected influences from the economic and financial crisis,” Rážová. “Since potential inflation is being mentioned more and more often, it is possible that people will want to invest their money in real estate to avoid losses in its value, and prices will remain either stable or may increase moderately. On the contrary, those who are taking a loan to buy real estate will ponder over the purchase even more because of their concern about losing their job.”

But she reiterated that the problem of predicting the future development of prices is that on the market there are properties being offered for both realistic and exaggerated prices. Because the former may increase and the latter decrease, this significantly distorts the overall picture, according to Rážová.

Andrej Lehocký, director of the Consulting Division at Colliers International, expects that it will still take the market and its stakeholders – buyers, sellers, financing banks, various kinds of investors – a while to find some balance.

“Sellers have to realise that purchasing power is not based on speculative purchases, but on the existing purchasing power of the population,” Lehocký told The Slovak Spectator. “Buyers are in an uncertain situation with regards to their working positions and increasing unemployment. Financing banks are very reserved and more risk-sensitive either when providing mortgages or investment loans for large development projects. Bigger investors also face a stop sign for new acquisitions. This all influences real estate prices.”

“I believe that there is still space for a drop in prices, but whether this will happen in the future is very difficult to forecast,” said Lehocký.

With regards to the current situation in the supply of new apartments, investors have discovered the segment of middle and lower-standard property.

“I certainly see a space for apartments at prices of around €900-€1,200 per square metre without VAT,” he said.

Comparing with the neighbours

“The crisis itself was primarily triggered by a real estate crisis,” said Lehocký. “Investors worked on the assumption that investing in real estate was a safe long-term investment and began to underrate the risk.”

Afterwards cheap money and easy access to loans for less creditworthy clients resulted in an artificial growth in real estate prices. After the price bubble burst, the price of real estate began to decrease, though the fall in prices depended on the locality, the quality of the real estate and other factors. The market itself has not rebalanced yet and it is too early to speak about stabilisation, according to Lehocký.

“The crisis has hit economies globally and thus it is impossible to say that some country has been spared,” said Lehocký. “But the Baltic states, where the drop in real estate prices was very steep, are suffering the most. Then it is also Romania, England, Ireland, Spain and of course the US. In Slovakia we can speak about a drop of between 10 and 50 percent.”

Rážová and Žoldák see the situation in Slovakia compared with neighbouring countries as having stabilised.

“The situation in Slovakia is much more stable than in countries like Bulgaria or Romania or Hungary,” said Žoldák. “It is quite similar to in the Czech Republic or Poland.”

Even though it was widely expected that the introduction of the European single currency, the euro, in Slovakia would increase the prices of residential property, real estate specialists share the opinion that the arrival of the euro on January 1, 2009, has left the market unaffected.

“The admission of the euro did not have the impact that sellers had expected,” said Rážová.

“Instead of the expected price increase, the financial crisis has caused a drop in real estate prices and stagnation of the market.”