In response to the spreading waves of the global economic downturn, which crossed the Atlantic and reached Slovakia in the third quarter of 2008, banks have toughened their lending criteria just as potential borrowers have reduced their appetite for making large purchases. But after a shaky first quarter in 2009 the mortgage market now seems to have stabilised, with homebuyers more willing to take out loans even with the uncertainties in the labour market, according to both banks and experts in the real estate market. 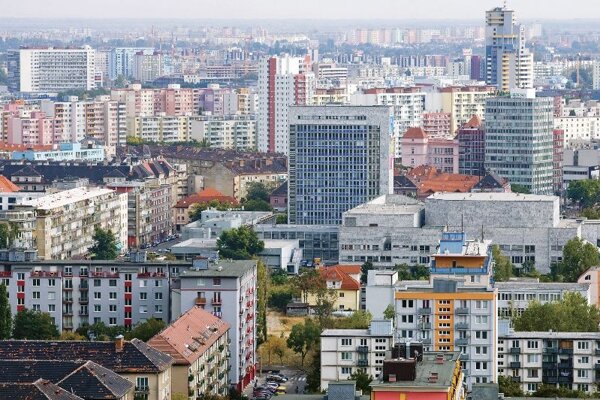 In response to the spreading waves of the global economic downturn, which crossed the Atlantic and reached Slovakia in the third quarter of 2008, banks have toughened their lending criteria just as potential borrowers have reduced their appetite for making large purchases. But after a shaky first quarter in 2009 the mortgage market now seems to have stabilised, with homebuyers more willing to take out loans even with the uncertainties in the labour market, according to both banks and experts in the real estate market.

The banks, however, are likely to stick to more conservative lending policies for the foreseeable future and observers suggest that the times when the best borrowers were able to arrange a loan for more than 100 percent of the value of real estate are gone for good. Mortgages remain the most important tool to finance the purchase of residential real estate even though the share of traditional mortgages for housing loans in the Slovak market has decreased slightly over the past year.

Though borrowers’ payment discipline has deteriorated somewhat, repayment patterns are still consistent with predictions, according to the banks. The banks also said that they do not expect any significant change in these trends for the remainder of 2009.

Rising unemployment and concerns about the financial condition of individuals and families, however, will continue to influence the real estate and mortgage markets.

“Another important factor is the continuing fall in real estate prices which causes many potential mortgage clients to wait, expecting that prices will continue to drop,” said Boris Gandel, spokesperson of Tatra Banka, the second biggest player in the housing loan market.

The selection of housing loans available in Slovakia includes mortgages, construction loans and other loan types. Though the growth of the total amount of mortgages has decreased considerably, financial analyses by Slovakia’s central bank suggest that the market is experiencing a year-on-year slowdown in the growth of mortgage amounts rather than an overall drop in the number of loans taken. The number of housing loans and personal loans are now increasing despite the lending institutions’ stricter lending standards.

But the year-on-year decline in the demand for loans throughout this year compared to 2008 is clear from statistics on newly-issued loans.

In 2009, the volume of newly-issued mortgage loans decreased from 11 percent to 69 percent year-on-year, depending on the month. The largest drop was in January 2009, 69.42 percent less than the previous year. In August 2009 the year-on-year decline in new mortgage loans was still 11.11 percent. The decline in all newly-issued housing loans was less severe, ranging from 2.5 percent to 46 percent.

This can be attributed to a year-on-year increase in other types of real estate loans which are administratively less demanding than traditional mortgages but are secured, like mortgages, by the real estate itself.

The biggest player in the housing loan market, VÚB Bank, saw a noticeable decrease in demand for mortgages, especially in the first three months of 2009, said its spokesperson, Alena Walterová.

“Since the beginning of April, the average monthly number of newly-issued mortgages has been virtually twice as high as it was in the first quarter,” Walterová told The Slovak Spectator.

“The dynamics of newly-issued housing loans in the second half of 2009 are matching those in the same period of the previous year, although the first six months were indeed a little weak,” he told The Slovak Spectator. “For the rest of this year, we do not expect major changes in the housing loan market.”

The situation in 2010 will depend on the state of the real estate market as well as on the unemployment rate. VÚB Bank expects a slight rise in the demand for housing loans compared to 2009.

That progression should be supported by the credit policies of both the government and the banking sector which are designed to promote credit availability among younger borrowers, said several banks.

“Compared to the previous year, we have seen a rise in the demand for mortgages among younger people,” ČSOB’s spokesperson, Zuzana Francúzová, told The Slovak Spectator. “The volume of those mortgages we issued in 2009 has increased by approximately 46 percent.”

Mortgage subsidies for young people are supported by both banks and the government. The actual amount is defined in the state budget law every year. For 2009, the state-subsidised benefit for young borrowers was set at 3 percent: 2 percent is funded by the government and 1 percent is covered by the bank.

The borrowers are eligible for the subsidies during the first five years of a housing loan. Citizens of the Slovak Republic, citizens of other EU countries, and foreigners with permanent residence in Slovakia who meet the requirements for the assistance are all eligible.

The requirements for the subsidy are that the applicant(s) must be between age 18 and 35 with an annual income that does not exceed 1.3 times Slovakia’s nominal average wage. The nominal average wage amount is calculated every quarter by the Slovak Statistics Office. For the fourth quarter of 2009, the limit for obtaining a housing subsidy is a monthly gross income less than €952.25 and the maximum loan for the subsidy is €49,790.88.

Lending standards imposed by Slovak banks for housing loans were tightened considerably in the second half of 2008. The National Bank of Slovakia (NBS) suggested in its report on developments in the loan market that the tightening of standards continued into 2009 as well, especially in the criteria of the loan-to-value (LTV) ratio. Reduced profit margins for banks and stricter scrutiny of clients’ creditworthiness are among several factors that have caused the change in eligibility requirements for loans.

Slovak banks are continuing to follow conservative lending policies: VÚB Bank, for example, has set the maximum LTV at 95 percent for apartments and at 90 percent for houses and Tatra Banka is not approving any mortgages with an LTV ratio higher than 85 percent.

The interest rates on housing loans have changed as well. In its Analysis of the Slovak Financial Sector for the first half of 2009, the NBS states that loan spreads increased in almost all European countries but that the increase in housing loan spreads was more significant in Slovakia. Spreads for loans with a fixed rate for a term of up to one year were twice as high in Slovakia as, for instance, in Austria or in Germany in the first half of this year.

Nonetheless, the average interest rates on housing loans fell 0.67 percent from January to June. However, the decrease in banks’ base rates has not been fully reflected in the interest rate for newly-issued housing loans, the NBS said.

The increase in banks’ loan profit margins is directly proportional to the growing risks resulting from customers’ declining payment discipline, according to the NBS. The unfavourable situation in the labour market has led to a growing number of mortgages in default.

Banks unanimously agree, however, that Slovakia is unlikely to experience the level of problems seen in the US, where, according to information from the Equifax Company, as reported by Reuters, the number of mortgage holders who were at least 30 days late in their payments reached a record level of 7.58 percent in August 2009.

“In July, the share of defaults for all housing loans was 1.6 percent at Tatra Banka and 2.6 percent in the whole banking sector,” Gandel told The Slovak Spectator. “Given the growing unemployment rate, we expect more cases of default. They will probably culminate sometime in the first quarter of next year.”

State to give some borrowers a helping hand

The government and many financial institutions have been seeking some additional ways to respond to the new market situation and assist those experiencing difficulty in making their mortgage payments.

Beginning January 1, 2010, the state is likely to provide support to borrowers who lost their jobs after January 1, 2009 because of the financial and economic crisis and who have no other financial resources for paying their housing debts. The value of their housing loans, however, cannot exceed €83,000, the SITA newswire wrote. This is based on the intent of a bill proposed by the Slovak government in October 2009.

Commercial banks will scrutinise each applicant’s eligibility for this assistance programme. Once the bank gives approval, the debtor’s monthly instalment payments will be adjusted for a period of at least six months. If the borrowers adhere to the new payment schedule they can start taking advantage of state support after the first six months, SITA wrote.

In the following six months, 70 percent of the due instalments would be paid by Slovenská Konsolidačná [the Slovak government agency established in 2000 to deal with assigned claims from restructured banks], while the remaining 30 percent of the payment would be covered by the debtors. If the borrowers are not able to start fully making their mortgage payments even after 18 months, the banks can legally seek the total amount due. Further aid from the government in the housing or mortgage sector will depend on progress in recovery from the crisis, SITA wrote.

The commercial banks say they are willing to communicate with their loan customers and look for mutually agreeable solutions.

Together with precautionary tools such as loan payment protection insurance, banks say they offer a variety of different solutions, including debt restructuring or loan consolidation. For example, borrowers from VÚB Bank who become unemployed and need to change their payment schedule or amounts are not charged any fees for making such a request.

Frimmer explained to The Slovak Spectator that a borrower requests lower instalments, the bank will adjust the new payment amount to their current financial situation and payment possibilities.

“However, it is better that borrowers not reduce their instalments to less than 30 percent of the original amount,” Frimmer added. “Otherwise, they lose their repayment discipline as well as their sense of responsibility and it would become much more difficult to get back into the normal routine.”