Slovakia’s development prospects for retail shopping properties are less gloomy than the predictions for other parts of Europe. However, the shopping centre projects planned for completion in 2009 and 2010 are still reflecting the pre-crisis optimism of developers and the economic conditions for further development of the retail sector may not be as rosy in coming years. 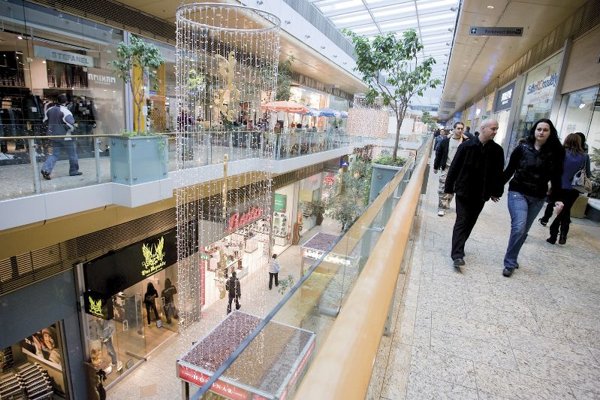 Slovakia’s development prospects for retail shopping properties are less gloomy than the predictions for other parts of Europe. However, the shopping centre projects planned for completion in 2009 and 2010 are still reflecting the pre-crisis optimism of developers and the economic conditions for further development of the retail sector may not be as rosy in coming years.

Only the capital of Slovakia is currently home to multiple shopping centres but several regional cities can expect to get the keys for several new shopping centres before the end of 2009. Real estate consultants warn that some of the projects might get delayed due to the more difficult economic conditions but one global real estate consultant estimates that about 115,000 square metres of new retail space will be available for shoppers in Slovakia before the end of the year.

Across all of Europe, next year is expected to record the lowest level of shopping centre development in the past five years, with only 7 million square metres of new space due to open in 2010. The full impact of the global recession is likely to be most felt in 2011, when only 5 million square metres of space is predicted to open across Europe, the lowest amount since 2003, global real estate adviser Cushman & Wakefield said in a recent report.

“Completion levels are not expected to pick up significantly for 2 to 3 years,” the report suggests.
Retail markets across central and eastern Europe (CEE) are being affected by the impact that the financial crisis is now having on the real economy, leading to lower retail sales, downward pressure on rents, and retailers cutting their expansion plans in the region, according to a market report for the first half of 2009 prepared by CB Richard Ellis.

Expansion of CEE retail markets slowed significantly in the first half of 2009 while significantly less new shopping centre space will come to CEE markets through the end of 2010 than was forecast a year ago, said the report.

Most retailers have curbed expansion plans. An exception to this trend is discount retail chains which are now seeing increasing revenues and have a unique opportunity to gain market share, according to CB Richard Ellis.

According to CB Richard Ellis there were 720,400 square metres of modern shopping centre space at the end of the first quarter of 2009 in Slovakia, a doubling of this kind of retail stock since 2005.

There were 44 modern shopping centres in Slovakia in the first quarter of 2009, an increase of 26 percent year-on-year. Small-sized shopping centres dominate the domestic market and account for 77% of the total, followed by medium-sized centres accounting for 16 percent, according to the CB Richard Ellis report.