Architecture seeks missionaries of the aesthetic

For architects, the ribbon-cutting ceremony is by no means the end of the adventure: the greatest reward (and best advertisement) is when their works are used, admired, or, in the perfect scenario, awarded prizes. The good news in Slovakia is that while doing a good job can be hard work, when it comes to winning prizes there is no shortage of prestigious competitions. 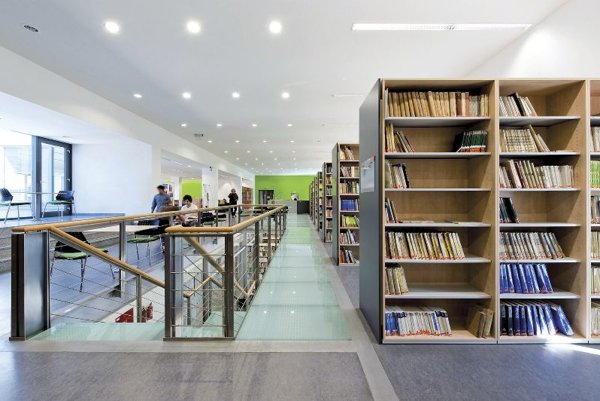 For architects, the ribbon-cutting ceremony is by no means the end of the adventure: the greatest reward (and best advertisement) is when their works are used, admired, or, in the perfect scenario, awarded prizes. The good news in Slovakia is that while doing a good job can be hard work, when it comes to winning prizes there is no shortage of prestigious competitions.

Every year in autumn, four different prizes are bestowed on the most successful architects: Building of the Year, the Dušan Jurkovič Award, the CE.ZA.ARs and the Arch Magazine Award. The 8th CE.ZA.AR awards were given out at a ceremony held in October, in Bratislava.

CE.ZA.AR is an abbreviation of the Slovak words for “Prize for Architecture”; the name is pronounced in Slovak rather like the name of the famous Roman dictator Caesar. Organised by the Slovak Chamber of Architects, they were awarded for the first time in 2002.

At the ceremony, held on October 9, the seven-member jury announced the winners, in five categories: Single-Family Detached Houses, Apartment Buildings, Reconstruction or Renovation, Interior, and Exterior.

Maroš Fečík was awarded his CE.ZA.AR for a family house entitled “m2” in Rusovce, while Ľubomír Závodný received his laurels for an apartment building, “A+B”, in Bratislava. Another winning project was the University Library and Pastoral Centre of the Constantine the Philosopher University in Nitra by Ľubomír Holejšovský and Juraj Polyák. A CE.ZA.AR was also shared by Igor Čierny, Iľja Skoček, Peter Kožuško and Martin Skoček, co-authors of an interior renovation project for the Albrecht Hotel in Bratislava, and by Juraj Jančina and Igor Mazúch, who designed the exterior of the Apollo Business Centre II, also in the capital.

No award, however, was this year given out in a sixth category, Civic and Industrial Facilities.
As Pavol Paňák, president of the jury, explained to The Slovak Spectator, this happens when “none of the nominated projects possesses all the attributes of a first-rate work of architecture”.

“We can talk about quality in architecture when all the important features of a building are in harmony,” he said. “You may have a stylish, beautiful house, but if it is, for example, extremely energy-hungry, it cannot be considered good architecture. And since candidate projects are entered by their authors, it naturally happens that not only top-quality, but also mediocre or sometimes even very poor projects enter the competition.”

In fact, the CE.ZA.AR selection process is made up of two rounds. In the beginning, the architects submit their portfolios to the jury. The jury members later shortlist the best works, and only then, after a visit to each of the nominated sites and a discussion with the author, do they select the winner in a secret vote.

Paňák underlined that the buildings in the Civic and Industrial Facilities category were basically all “very well done”, but awarding a first prize would contradict the principles of CE.ZA.AR.

“It is as if every project that we award [with a prize] is entrusted with an important mission, that is to promote quality,” he stated. “And quality does not consist only in beauty, but also in meaningfulness. If construction is not meaningful, it cannot accomplish the mission. And without these missionaries, architecture will never improve globally.”

Still, Paňák and his colleagues, who are all renowned architects themselves, have noticed that the projects submitted get better each year.

“In every competition, evaluation and selection is of course necessarily very subjective and it is sometimes extremely difficult to agree which work is better than another,” he said. “But there are some points that can be judged very objectively, and one of them is the overall level of professionalism. In my opinion, this has considerably increased.”

A matter of cultural responsibility

The regulations of the competition state that the CE.ZA.AR award is bestowed on “a work that contributes remarkably to the enhancement of Slovakia’s material culture”.

According to Paňák, apart from trying to satisfy their clients’ wishes and needs, architects should always be aware of this cultural responsibility, regardless of the fact that construction is usually limited by a number of conventions, norms and regulations.

“Naturally, not all types of buildings do have the preconditions to become valuable from the artistic point of view,” Paňák remarked. “On the other hand, this should never be used as an excuse. A railway bridge can become an integral part of the landscape if designed skilfully, and a badly-constructed villa can very easily violate the balance of its surroundings.”

According to Paňák, this is to be borne in mind especially because architecture is one of the most important domains of artistic activity.

“Among all arts, architecture is the most present in our lives, and it affects us in the most significant way,” he told The Slovak Spectator. “The contact with its products is essential and inevitable. Not only because they serve us as shelters and dwellings, but mainly because they modify our aesthetic vision and tastes.”