Cutting costs - a cliché, or a necessity?

Terms like crisis, layoffs and cutting costs have been mentioned for several months in the international as well as the local media, in various contexts and with various meanings. Readers, whether they work as CEOs or heads of department, could get the impression that there is nothing more important right now than how to cut costs. Due to the quantity of newspaper articles, analyses and advice on this issue, one might also get the impression that this has almost attained mythical status, a phrase that has permeated the whole economy and has become a part of the agenda of every management meeting. 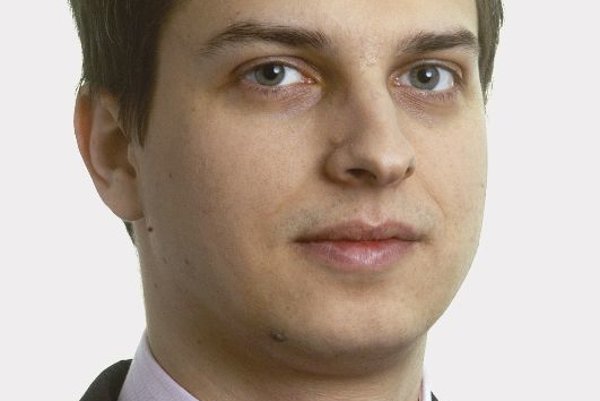 Terms like crisis, layoffs and cutting costs have been mentioned for several months in the international as well as the local media, in various contexts and with various meanings. Readers, whether they work as CEOs or heads of department, could get the impression that there is nothing more important right now than how to cut costs. Due to the quantity of newspaper articles, analyses and advice on this issue, one might also get the impression that this has almost attained mythical status, a phrase that has permeated the whole economy and has become a part of the agenda of every management meeting.

But it is legitimate for managers to ask whether the crisis really does fundamentally concern their company, and if so whether it represents an existential risk from the point of view of liquidity, loss of markets and customers, or just a limited decline in revenues and margins, sustainable in the longer-term, following the earlier economic boom. Many (more successful) companies only see profitability returning to the level of "normal" economic results: in this case the issue of cutting costs because of the crisis appears to be wishful thinking on the part of management, in order to return to the good times of big margins (and thus also of big bonuses for them). Many top managers use the argument of the economic crisis as a universal magic formula to excuse unpopular decisions that they have always wished to implement but during a period of rapid economic growth they were unable to justify, or actually implement; e.g. due to the redundancy of jobs on the job market. In terms of initiatives to reduce costs, these are often a sort of a cliché that many people have heard about, but whose workings nobody knows exactly, whose impacts and methods of implementation are unclear, and – most of all – the inevitability of which nobody is really certain. But this question would require a longer discussion.

Unfortunately, it is true that during an economic crisis, it is even more crucial than usual to watch costs and to reduce them. For many companies – not just in the construction sector – this is a necessity, because during the economic crisis they stopped generating positive operational results – for whatever reason – and consequently face grave problems with liquidity, supply of inputs, decreasing morale, big fixed costs for small volumes of production, and banks knocking on their door. Another obvious reason (especially with companies in the construction sector that do not face imminent, existential problems) is competitiveness. If competitors take these initiatives, addressing the issue of reducing costs becomes inevitable, as ignoring them in the longer term can lead to real existential problems. When deciding about reducing costs, it is good, however, to always look at the necessity of specific steps and at the direct immediate, but also future, impacts.

Reducing costs should always be done with the aim of achieving the lowest sustainable cost base, and at the same time avoiding a chaotic and thoughtless elimination of resources (e.g. employees) which will be necessary in the future. Their later compensation and completion can cost the company excessive resources, and thus can paralyse the pace of growth of margins or volume after markets recover. Management should be especially careful with highly qualified employees with extensive experience. An imprudent loss of core employees can do grave damage to competitiveness in the long term, as far as quality and good reputation are concerned.

In construction, as well as in other industries that have salary costs as a crucial item, money can be saved in the short term by freezing recruitment, by strict re-evaluation of any planned growth in the number of employees, and in the level of bonuses that are not guaranteed by a contract.

From the middle-, and long-term point of view, it is vital to look at expenses through their added value and through maximising their net contribution. This analysis should include all important cost items. It is useful to analyse the costs item by item, while dividing the costs in a hierarchic way, e.g. according to individual activities, segments, or partial investment projects. Subsequently, it is necessary to set cost triggers, or those components of costs that create them, for every important cost item, as well as to set the fixed and variable part. With the direct material, this is for instance the price and effectiveness of the used quantity. With employees, this is their number, evaluation and ranking in the company structure. After having identified the troublesome part of the costs, the next step is to identify the reason. This includes analysis of the process (e.g. sale, purchase, renumeration, etc.), of the conditions of the contract, and also searching for indicators of possible economic fraud and theft within the organisation. After having identified the reasons for cost ineffectiveness, specific steps may include:

Transformation of fixed costs into variable. During a demand crisis, these costs follow the trend in sales, and enable profit to be maximised. Possible tools include in-house services being replaced by outsourcing, rental or leasing instead of ownership, sub-contractual supplying, re-evaluation of the system of rewards, etc.

- Identifying for closure or sale projects, services or divisions which do not make profits
- Centralisation of divisional departments (purchasing, sales, administration)
- Re-design of projects, increase of material effectiveness or price of inputs
- Change of contractual prices of inputs and other contractual conditions – shifting the demand price crisis to suppliers

- Fusion with a company doing business in a similar branch and using cost synergies
Success in implementing cost reductions is determined by several factors. The most crucial ones include the identification of the need and the sphere of cost reduction. The sooner a real need is identified, and the more precisely the sphere is thus defined, the more effectively measures can be introduced, and thus a potential advantage when compared with competitors can be achieved. Late measures can have just a marginal effect. Currently, many industries have started recovering from the economic crisis, and thus recently introduced measures need to be re-evaluated, or milder alternatives need to be applied. Another factor affecting success when reducing costs is the degree of support for leaders among employees. However unpopular the measures, including staff reduction, are it is important for the management to communicate them clearly, as well as to state the reasons and the need for them. The more specific management is able to be in explaining the reasons for such measures, the more probable it is that employees will identify with them. If possible, it is preferable to involve employees as much as possible in plans to cut costs and to reward them for promoting and developing initiatives. Inadequate ways of implementing cost reduction include using top-down orders, which can lead to employee reluctance to accept such initiatives; this can lead to some form of silent strike or sabotage of company activities.

When any crucial company changes occur – not just cost reductions – it is good to remember that this means mainly working with people: with employees. If the management plans to overcome the real economic crisis, barriers in the form of aversion among employees must be eliminated and opinions and proposals must be supported. It is also appropriate to divide changes into reversible and irreversible. Irreversible changes basically can be done only once, and thus have to be done especially cautiously. In any case, it is advisable to consult experts about the planned changes to achieve cost reductions, so that the benefit from planned changes can be manifested in time and to the extent desired.

Michal Sekera is manager of Advisory Services at PricewaterhouseCoopers