Key developments in the real estate and construction sector

November 2008 – Construction of units 3 and 4 of the nuclear power plant of Slovenské Elektrárne in Mochovce resumed. The new nuclear reactors and auxiliary buildings should be finished in 2012 or 2013 and will cost about €2.775 billion. 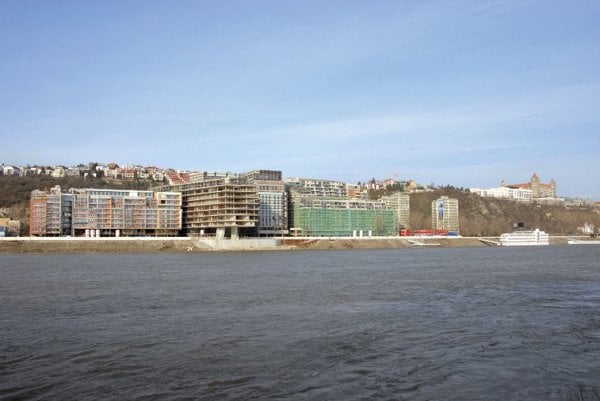 November 2008 – Construction of units 3 and 4 of the nuclear power plant of Slovenské Elektrárne in Mochovce resumed. The new nuclear reactors and auxiliary buildings should be finished in 2012 or 2013 and will cost about €2.775 billion.

January 2009 – Prices for luxury housing in Bratislava at the beginning of 2009 reached €3,770 per square metre and were termed the most expensive in the V4 countries based on an analysis by UniCredit Bank. The analysis also found the average rate of return for investors building luxury real estate in Slovakia was 4.3 percent which the analysis said was under the economically-acceptable minimum of 5 percent.

January – The Cushman & Wakefield real estate firm reported that shopping malls in Slovakia were built more quickly than in neighbouring countries. According to C & W‘s report, retail shopping areas in Slovakia exceeded 110 thousand square metres of floor space at the end of 2008 – double that of 2007.

March – Slovakia’s National Highway Company began extending the D1 highway between Bratislava and Trnava to three lanes in both directions. The construction is expected to be completed by the end of 2009 and €36.5 million is being invested by the state.

March – Rental prices for prime office space in Bratislava reached €24.92 per square metre per month at the end of March 2009, a year-on-year increase of 1 percent. Prime office space was rented for €20 in Budapest and €32 in Prague based on a survey called “Global Office Occupancy Costs” conducted by CB Richard Ellis, a consulting company.

April – Slovak banks reduced lending for new real estate loans to households in the first quarter of 2009 compared to the same quarter in 2008. The volume of housing loans that banks had approved from January through March amounted to €461 million.

April – The first phase of the Laugaricio shopping centre in Trenčín opened with 26,000 square metres of shopping space available for 133 shops.

April – Reconstruction of Bratislava’s Ondrej Nepela Ice Hockey Stadium began. The reconstruction includes parking places and modification of roads and has an estimated cost of €62.8 million, excluding VAT. The government will cover €40.5 million of the cost.

May – Centro Nitra shopping mall was extended with an additional 7,000 square metres of rentable space. Zeon, an investment company supported by Discovery Group, made this investment of about €16.6 million.

June – The second phase of Bratislava’s Digital Park project with 40,500 square metres of office space was approved for occupancy. Construction of the second phase was started by the Penta company in October 2007. The total investment for the first and the second phases has amounted to €85 million. The building complex was awarded the Dušan Jurkovič prize for best comprehensive concept solution.

June – The Slovak government authorised €71 million for heat insulation of older flats and family houses. These loans carry a zero interest rate and are available for improvement of the thermal and technical qualities of buildings used for housing that were constructed prior to 1989.

July – In the first six months of 2009, construction started on 11,102 new flats and 7,230 had been finished. At the end of June 69,978 flats remained under construction. According to the Slovak Statistics Office the number of newly-started flats in June 2009 decreased by 1,829 (14.1percent) from the previous year.

July – At the end of June 2009 the total available administrative space in Bratislava exceeded in 1.233 million square metres. Since January 65.823 square metres had been finished and the vacancy rate stood at 11.5% based on data published by the Bratislava Research Forum – made up of Cushman & Wakefield, CB Richard Ellis and Colliers International.

July – According to data from the National Bank of Slovakia, the average price for one square metre of flats and houses reached €1,342 in second quarter of 2009 representing a decrease of 5 percent from the first quarter and a decrease of 13.4 percent from the same period in 2008.
July – The Slovak Statistics Office released figures that the volume of construction production in the first six months of 2009 decreased to €2.58 billion, 9.2 percent less than the same period in 2008.

July – The total volume of warehouse space in Slovakia reached nearly 1 million square meters according to the “Big Box Report” prepared by CB Richard Ellis. Most of the logistics centres and warehouses are located in Bratislava and its surroundings (84 percent). The vacancy rate was 12.31 percent. Rental of warehouse space remained stable and varied between €3.40 and €4.50 per square meter per month.

July – The Slovak government approved a €69.12 million subsidy for building of a new National Football Stadium in Bratislava. The new stadium will have 20,500 seats and the total cost will be approximately €100 million. The new stadium will be constructed on the site of the current Tehelné pole stadium. Bratislava city council and a group of private investors are also involved in the project, which should be completed at the end of 2012.

July – The Slovak government proposed a programme to assist homeowners who have difficulty in paying their mortgages. Beginning January 1, 2010, the assistance will be made available to unemployed who have no other resources for making their loan payments.

August – The year-on-year decrease in the volume of domestic construction production which began at the beginning of 2009 slowed to 0.2% on a volume of €566.1 million.

August – The first phase of renovation of Bratislava Castle’s main part, consisting of new lighting and facade, was finished by Váhostav SK company. The total costs of the renovation of the main part are estimated at €36.5 million with a deadline in 2010.

September – New rules at Slovakia’s cadastre office (real estate registry) took effect on September 1 making it possible to electronically file the conveyance of a property and to speed up the process of conveyance to 20 days in cases in which a notary or lawyer is involved.

September – Slovakia started building 52 kilometres of the R1 highway from Nitra to Tekovské Nemce as part of the country’s first ever PPP road project based on a concession contract with the Granvia consortium. The current value of payments that the state will pay the consortium for construction of the R1 highway over 30 years is expected to reach €1.757 billion.

September – The Deichmann retail chain opened its new distribution centre in Dunajská Streda with a total warehouse space of 17,000 square metres to supply five markets in central and south-eastern Europe. The investment was almost €20 million.

September - HB Reavis Slovakia was awarded as the “Best Developer in Slovakia” by a prestigious British financial journal, Euromoney, as part of that journal’s Real Estate Awards 2009.
September – The largest building project in Bratislava, the European TEN-T railway line corridor project, with a cost of almost €664 million received its first territorial approval decision for an area between Austria and the Petržalka railway station. Construction should begin in 2011 and last for five years. The project should also provide a railway connection to Bratislava Airport and will include a six kilometre tunnel which is intended to be used as a subway in Bratislava.

September – A new Austria Trend Hotel was opened in downtown Bratislava. The building cost €27 million and the owner is the Austrian company Verkehrsbüro.

September – Plans are announced for a new multifunctional centre in Petržalka worth €90 million. The investor is AIC Leasing & Finanz AG and the centre will be located on land owned by the Bratislava Regional Government.

October – The price of commercial rental property in downtown Bratislava decreased by 6% compared to the previous year, to €900 per square metre annual rent. Bratislava landed in 42nd place in the list of the most expensive shopping areas in the world prepared by Cushman & Wakefield.

October – Preparatory work began on the highway between Martin and Prešov within the first package of PPP projects which will continue to February 2010 – the deadline for completing financing. In total, five highway segments with a length of 75 kilometres are expected to be completed by the French construction group Bouygues.

October – International investors plan to build a European-level entertainment, gambling and relaxation centre in Jarovce near Bratislava. The multifunctional complex called Metropolis will offer an aqua-park, casinos and conference facilities. TriGranit announced the €1.5-billion investment along with Harrah’s, an international entertainment company. The developers predict that the complex will draw 5 million tourists annually.