EUROPEAN Commissioner Maroš Šefčovič from Slovakia will be in charge of inter-institutional relations and administrative affairs. Though Slovakia’s had its eyes on the energy portfolio, politicians across the political spectrum agreed that Šefčovič, who will also be one of seven vice-presidents of the commission, will occupy an important post. 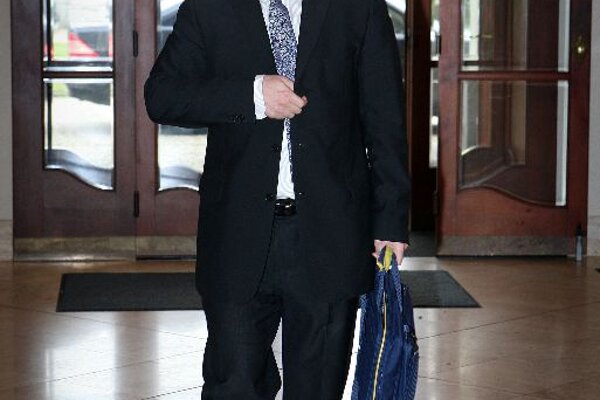 EUROPEAN Commissioner Maroš Šefčovič from Slovakia will be in charge of inter-institutional relations and administrative affairs. Though Slovakia’s had its eyes on the energy portfolio, politicians across the political spectrum agreed that Šefčovič, who will also be one of seven vice-presidents of the commission, will occupy an important post.

Observers said that Šefčovič will manage a whole army of officials in his new position. This has gained importance following ratification of the Lisbon Treaty, which will initiate changed relationships between the EU's various institutions.

Slovakia’s Foreign Affairs Ministry welcomed the appointment and said that it was a display of trust towards the country. Minister Miroslav Lajčák said that the portfolio is important on several grounds, noting that the post is significant, influential and more interesting than the post of EU commissioner for energy to which Slovakia aspired, the SITA newswire wrote.

Šefčovič will coordinate cooperation between EU institutions such as the European Commission, the European Parliament and the Council of Ministers and will also be in charge of organising EU summits.

“The commissioner for the Slovak Republic has made it directly into the kitchen of the European Commission,” Prime Minister Robert Fico said, as quoted by SITA. “He will be at the core of activities; he will have an immense amount of information.”

But Fico confirmed that Slovakia aspired to the very last moment to get either the portfolio of energy or transport. In the end, EC President Barosso said he had something better than the energy sector for Šefčovič, Fico commented.

“I was extraordinarily pleasantly surprised by the extent of the authorities which EC President Barosso entrusted to me because he in fact tasked me to tune a completely new way of communication between the European Parliament and the Council of Ministers, which clusters the member countries, on a new legal basis which the Lisbon Treaty offers,” Šefčovič told public service Slovak Television (STV).

According to analyst and editor–in–chief of the Euractiv.sk portal, Radovan Geist, Šefčovič’s position is important inside the commission.

Geist said that claims about a mushrooming bureaucracy in Brussels are misleading but that there is still room for more effectiveness in the operation of EU institutions.

“This role will be even more important because the Lisbon Treaty brings some changes in the mandates of EU institutions and also the structure of the commission itself is changing,” Geist said. “Then, not less important is the issue of representing the citizens of the new member countries within the administration of the union, which compared to the ‘older members’ is significantly unbalanced, primarily in the higher posts.”

Šefčovič's remit for inter-institutional relations will gain importance because of the changes made by the Lisbon Treaty in internal relations between EU bodies.

“Šefčovič won’t be a ‘global superstar’ who will represent the union at the international level or in relation to other countries,” said Geist. “Nor will he be a commissioner who will travel around the member countries and launch huge projects financed from the funds of the EU, for example in the energy sector. Despite this, his responsibility for the internal functioning of the EU is important and this is why he belongs among the deputy chairs of the commission.”

Opposition political parties believe that the Slovak government chose the wrong strategy when it openly announced its ambition to acquire the post of EU energy commissioner, said Eduard Kukan, a member of the European Parliament for the opposition Slovak Democratic and Christian Union party (SDKÚ).

Former EU Commissioner Ján Figeľ, currently the chair of the opposition Slovak Christian Democrats (KDH) party, also said that Slovakia should have not declared an exclusive interest in the energy portfolio because this approach turned out to be unrealistic and counterproductive, SITA wrote.

As to which portfolios have key importance within the European Commission, Geist said that a lot depends on the direction that European integration will take and which challenges will require responses and action.

He concluded by saying that the personal qualities and activities of each commissioner will also have an impact on their importance within the EU.